Lorenz Schlittenbauer and his friends met with a grisly scene when they entered the barn on the Hinterkaifeck farmstead in Grobern, just outside the town of Kaifeck, Germany, on April 4, 1922. Four members of the Gruber family lay bludgeoned to death under the hay. Inside the house, the men found the youngest child and the family maid slaughtered in their beds. Despite 100 police interviews, the mystery of the Hinterkaifeck murders remains unsolved. 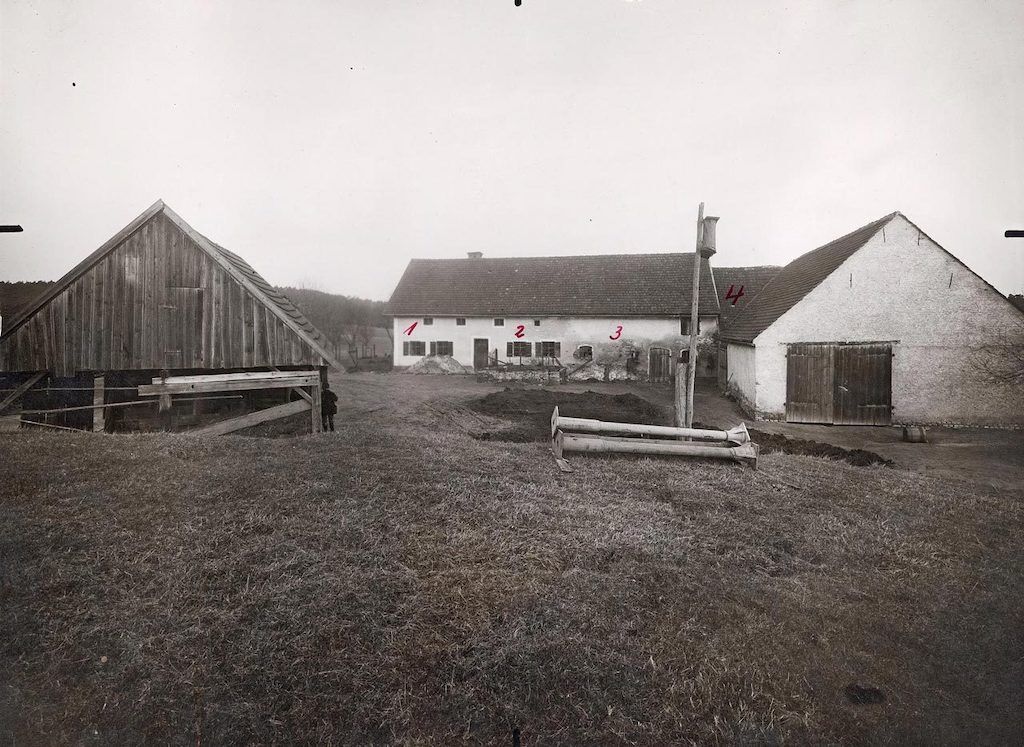 The original Hinterkaifeck farm as it looked in April 1922 shortly after the murders. Public domain.

Viktoria Gabriel, a 35-year-old widow, owned the Hinterkaifeck farmstead. She had two children: her daughter, Cäzilia, was seven, and her son, Josef, was two. Viktoria’s elderly parents, Andreas Gruber, 64, and his wife, Cäzilia Gruber (same name as the grandaughter), 72, also lived and helped out at the farm.

Several mysterious occurrences took place leading up to the murders. Six months prior, the family maid had quit working at the farm. The story suggests she had heard footsteps in the attic and felt as though someone had been watching her. However, there is no evidence of this in her police statements. Nonetheless, a new maid, Maria Baumgartner, planned to start on March 31.

Shortly before his murder, Andreas had informed his neighbors that he found two people’s footprints in the snow leading from the forest to a building on his farm. Oddly, no tracks headed away.

Moreover, he found a newspaper on his homestead that did not belong to anyone in the family. None of his neighbors subscribed to it, so the postman probably did not accidentally leave it there.

Quiet at the Farm

In the immediate days before the discovery of the Hinterkaifeck murders, a few people had gone to the Gruber homestead. They noticed that none of the family members were tending to the farm, the family dog was not roaming around and barking, and it was eerily quiet. Additionally, mail began piling up at the property where the postman, Josef Mayer, had last left it.

When Lorenz Schlittenbauer, a close neighbor, heard about the situation, he gathered two neighbors, Jakob Sigl and Michael Pöll, who accompanied him to the Hinterkaifeck farm. They went to the house where they noticed that all the doors were locked. So they walked over to the barn where the entrance to the machinery room was open. From there, they entered the stable.

Under a board covered with hay, the men found the victims. Schlittenbauer immediately recognized Andreas Gruber, then his wife Cäzilia Gruber, their daughter Viktoria Gabriel and her daughter, Cäzilia.

All of them showed signs of massive head trauma, and their skulls and faces lay crushed. The older Cäzilia showed strangulation marks on her neck, and poor young Cäzilia had ripped her hair out of her head as she lay in agony for several hours before her death. 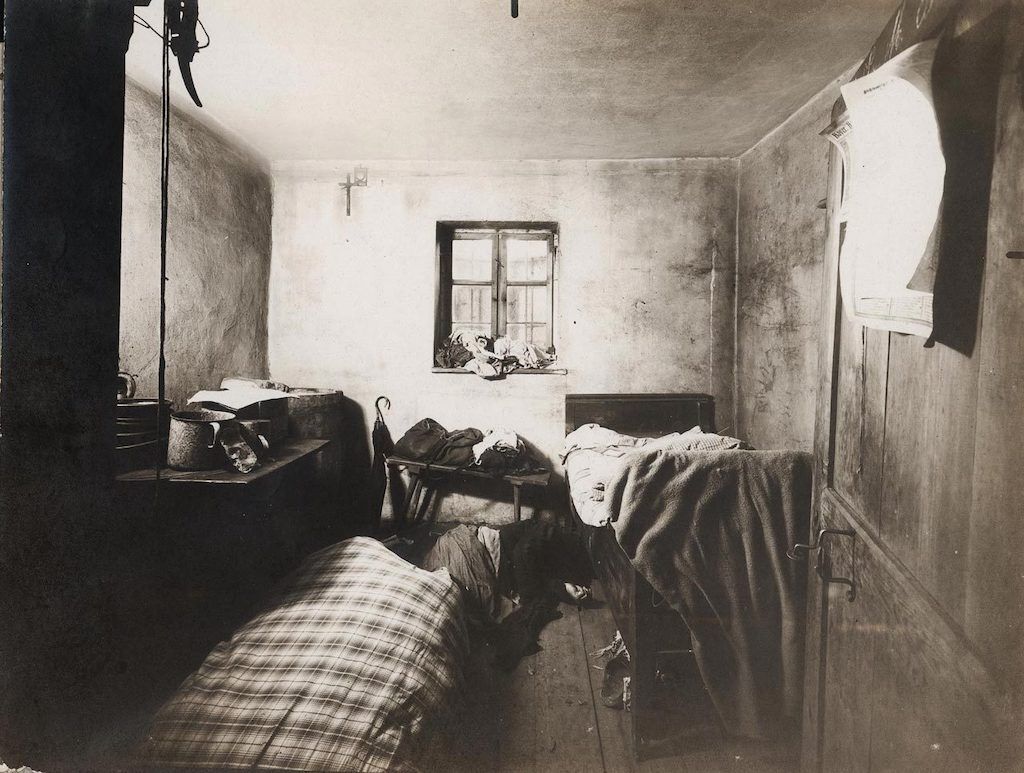 A hallway connected the barn to the house. Alone, Schlittenbauer headed into the Grubers’ living room, unlocked the house door from the inside, and let in the other two men. Gruber’s new maid, Maria Baumgartner, 44, was dead in her bed. Viktoria Gabriel’s little boy, Josef, lay lifeless in his crib. It was readily apparent that they, too, had succumbed to violent blows to their heads. (Das Wiki).

As with all close-knit, rural communities, news of the horrific scene spread rapidly. Locals quickly arrived at the farmstead. They walked around the crime scene, poking at the bodies, and destroying evidence. Eventually, someone alerted the nearest police department in Munich, some 45 miles from Hinterkaifeck.

Lead investigator Georg Reingruber drove from Munich and spent a few hours investigating the scene at the farmhouse. The absence of useful forensic evidence and the abundance of speculation among the Gruber’s neighbors hampered the official investigation of the crimes. However, police concluded that someone had lured the victims one by one to the barn before killing them.

Dr. Johann Baptist Aumüller performed the autopsies the day after the gruesome discovery. He determined that the murder weapon was probably a mattock or pickaxe. A year later, investigators found the pickaxe in the attic of the house during the demolition of the building.

It was easy for investigators to determine the date the Hinterkaifeck murders occurred. Maria, the maid, had just started work with the Grubers the day of the killings on Friday, March 31. Her sister had visited the farm that afternoon. The mailman delivered the mail the next day on Saturday, but the family was already dead, and their letters lay untouched. Therefore, it was evident that the horrifying crime happened Friday night.

The police first thought the motive for the crime was a robbery. However, when investigators readily found Andreas Gruber’s supply of cash in the house, they realized the reason for the murder had to be something else.

According to the evidence, the perpetrator may have stayed hidden at the farm for some days after the murders. Someone had fed the livestock and prepared food. Additionally, neighbors reported that they had seen smoke rising from the chimney after the murder date.

During the investigation, police heard all the scandalous dirty laundry about the Grubers that circulated over the previous years.

One major indiscretion kept surfacing. Some unknown person filed a complaint either in 1914 or 1915 against Andreas Gruber and his daughter, Viktoria, for incestuous relations. At the time, Viktoria would have been pregnant or would have recently given birth to Cäzilia (January 2015).

Viktoria had indicated that her daughter’s father was Karl Gabriel, who had died in battle in December 1914. However, not long after Karl and Viktoria married in April 1914, Karl left and returned to his parents’ homestead before he headed off to war. In later interrogations, one witness speculated that Karl left as a result of the indiscretions, as there would have surely been questions about who fathered Cäzilia.

The court found Andreas and Viktoria guilty, and both of them served one year in prison (there is a conflicting report that Viktoria only served one month).

Some witnesses reported a mysterious man hanging around the Gruber farm and believed he might have been the culprit. One individual who passed the Gruber’s farmhouse the day after the Hinterkaifeck murders said he crossed paths with a man carrying a lantern there. However, because of the glare, he could not see the man’s face.

The police interviewed suspects, including traveling salespeople and tradesmen, who may have been in the area at the time. Over the years, possible suspects added up to more than 100 individuals. The police made no arrests in this crime.

One of the primary suspects was Lorenz Schlittenbauer, the man who initiated the search for the Grubers at Hinterkaifeck with his two neighbors. In 1931, police interviewed Schlittenbauer during their reinvestigation.

According to that interview, Schlittenbauer and Viktoria began sleeping together toward the end of 2018. She wanted him to marry her, and he was open to it. However, when she told him that she was pregnant, he doubted that he was the father because Andreas Gruber was known to have had inappropriate relations with Viktoria. 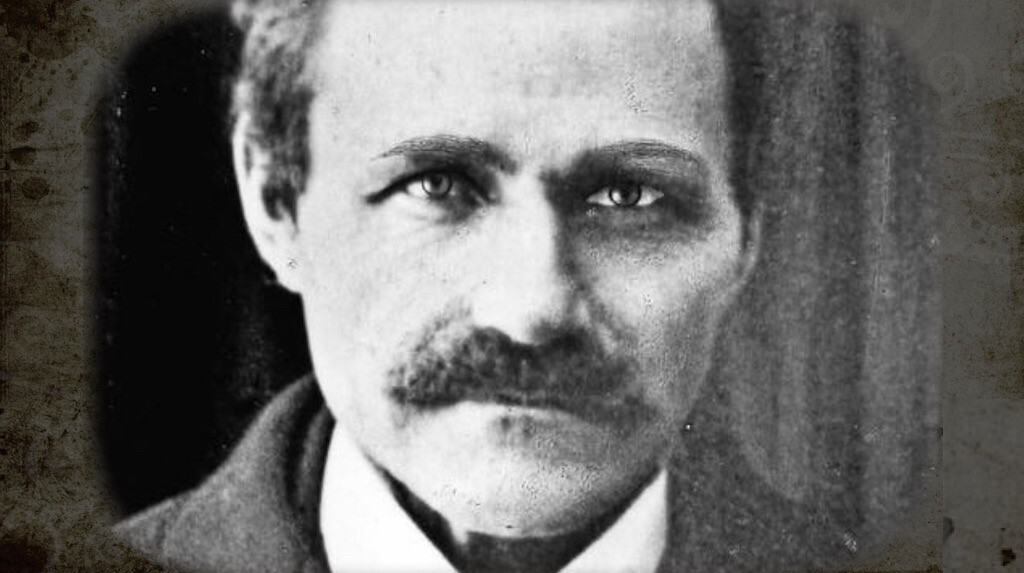 Lorenz Schlittenbauer was one of the main suspects in the Hinterkaifeck murders.

Immediately, Schlittenbauer filed a complaint with the police against Andreas Gruber and Viktoria Gabriel for incestuous relations. But when Viktoria pleaded with him in tears to accept fatherhood of the child, he agreed and withdrew his complaint. Although he never knew who the father was, he referred to Josef as, “Mein Buberl,” meaning my boy. In the end, Schilttenbauer’s statements convinced the police of his innocence.

Viktoria Gabriel’s husband, Karl Gabriel, was also among the suspects. Although reportedly killed in WWI, his fellow soldiers never recovered his body. Therefore, the police needed to confirm his death. Some people theorized that Karl Gabriel returned to the Gruber’s home to seek revenge because he did not believe he was the father of Josef. However, when investigators spoke to a few soldiers who said they saw Karl’s dead body, they stopped pursuing the matter.

This tale gained currency and received a boost at the end of WWII when some German prisoners claimed to have seen Karl Gabriel in a Soviet Russian uniform.

The police interviewed and released many suspects. Without a motive or further leads, the case dragged on with no resolution. The police finally closed the file in 1955. In 2007, the Fürstenfeldbruck Police Academy reopened the investigation. However, evidence had become lost and witnesses had passed on, which made it impossible for them to solve the Hinterkaifeck murders. Although the team agreed on a theory, they kept it secret to respect the descendants of their suspect. 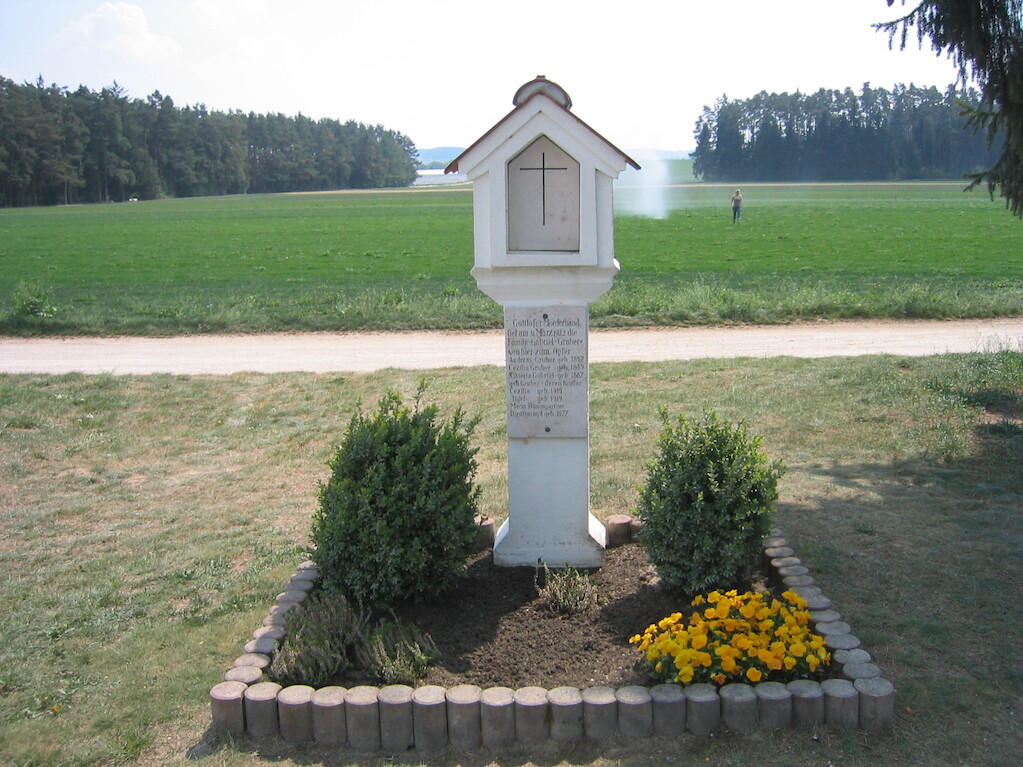 The Hinterkaifeck Murders memorial near the vicinity of the crime scene. It reads “On March 31, 1922, the Gabriel-Gruber family fell victim to the ungodly hand of the murderer.” Image: Public Domain.

Books, movies, articles, and podcasts about gruesome Hinterkaifeck murders continue to this day. Today, the town goes by the name Waidhofen. Although the old structures no longer exist on the farm, there is a memorial where visitors can stop and pay their respects.

The Mystery of Who Put Bella in the...

The Kidnapping of Charley Ross