Before Jack the Ripper birthed a new era of serial killers when he bloodied the streets of Victorian London, another monster was causing a similar storm of unsolved murders in America. Between 1884 and 1885, a perpetrator dubbed the Servant Girl Annihilator killed and mutilated seven young women and one man in Austin, Texas. Not only was Austin’s Annihilator one of the first serial killers in U.S. history, but he was also one of the most brutal. 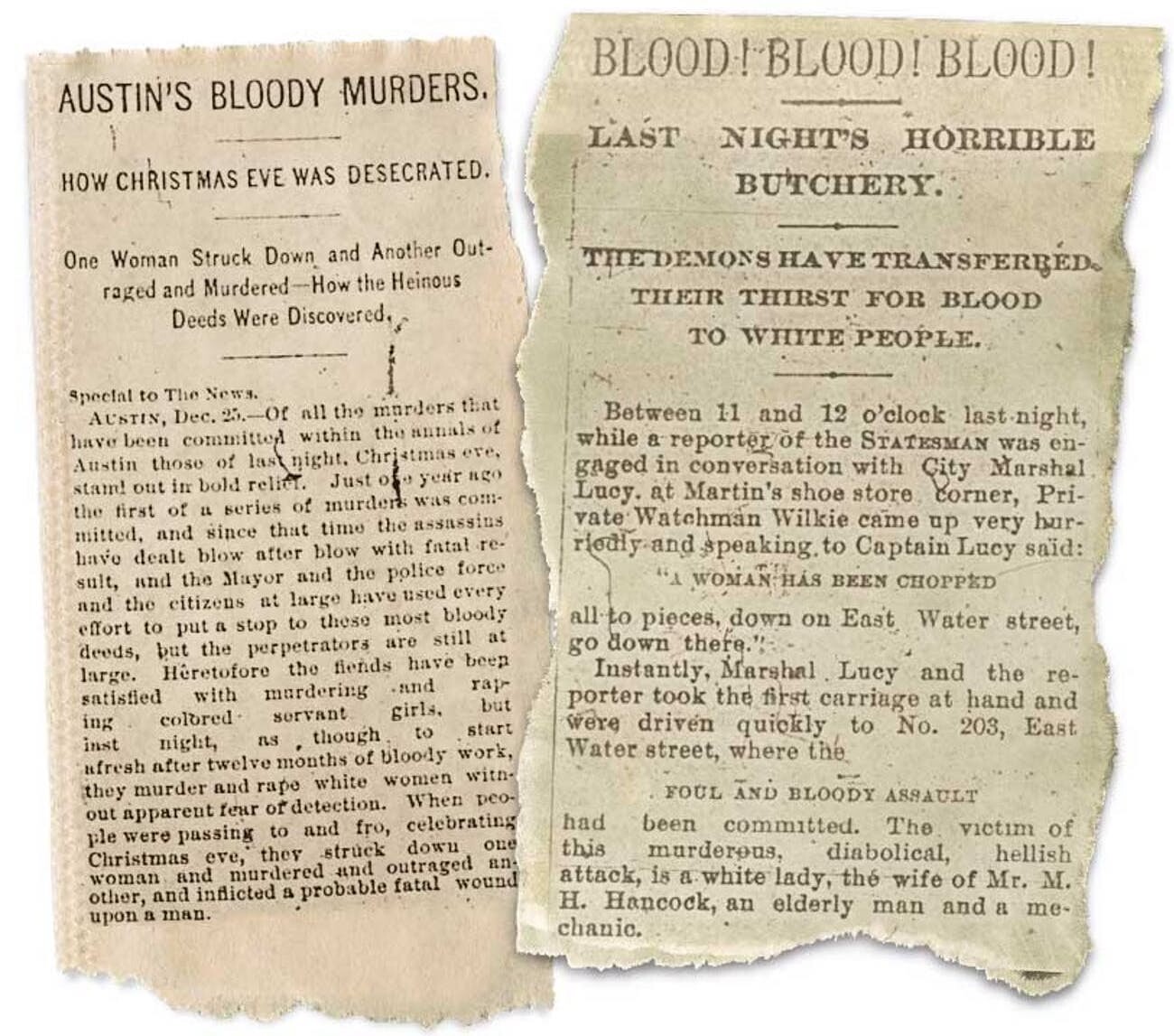 A Name In Infamy

Although the term “serial killer” wouldn’t be used for another 75 years, police soon linked the murders to the work of a lone perpetrator. Acclaimed short-story writer O. Henry had moved to Texas only three years before, and it was Henry who unknowingly coined the title of Servant Girl Annihilator.

In a letter to a friend, Henry wrote that Texas was “fearfully dull, except for the frequent raids of servant girl annihilators who make things lively in the dull hours of the night.”

Police originally referred to the unsolved murders as the Austin Axe Murders, but after Henry’s letter became public knowledge, the new title became popular. Servant Girl Annihilator became obsolete, though, as the killer deviated from his modus operandi and claimed more than servants.

Austin Before the Servant Girl Murders

By 1884, Austin, Texas, had evolved into a bustling urban utopia that saw incredible growth and population year on year. Only two decades before, Austin had been a barren cattle down with less than 5,000 residents, but through the reconstruction projects in the wake of the Civil War, Austin was now one of the most appealing cities to live in the United States.

Locals referred to the city as the “Athens of the West.” It was a place where workers and students thrived, with its three colleges and an increasing number of factories, restaurants, and establishments. Austin had become a place of prosperity. Criminals were rare, and the law enforcement of the day promptly captured offenders. However, on December 30, 1884, everything changed.

The Hinterkaifeck Murders of Bavaria, Germany

Never before had the city of Austin known such atrocities. The terror of an ax-wielding murderer prowling their streets prompted early curfews, early closing times, and a constant police presence on every road in the city. All bars began to shut at midnight, and the police force tripled in size.

Victims of the Servant Girl Annihilator

Mollie Smith was a 25-year-old black girl who, along with her husband, Walter Spencer, cooked and cleaned for a wealthy local family. Both Mollie and Walter lived in the family’s home on West Pecan Street.

That night at the end of December, Walter woke up in screaming agony. He looked in the mirror and saw a deep gash sliced into his face, still dripping with fresh blood. He composed himself, then realized that someone had trashed his and Mollie’s dormitory, and a trail of blood led out the door to their outhouse. There, Walter found Molly’s dead body, with stab wounds on her face, chest, arms, and legs.

On a thorough search of Mollie and Walter’s room, police discovered an ax coated with dried blood.

A six-month cooling-off period followed, with the killer remerging on May 6, 1884. Eliza Shelly, another black cook who worked for a state legislator, was discovered dead by her employer in her cabin behind his house, where she lived with her three children.

The murder was almost a carbon copy of the first, but the brutality had escalated. The assailant pulverized Shelly’s head with such force that it had split in two. Beneath her were blood-covered bed sheets, suggesting that her attack occurred while she slept. The perpetrator subsequently dragged her onto the floor.

Newspaper clip about the murder of Eliza Shelly. The Austin Weekly Statesman, 1885.

Mysteriously, Shelly’s eight-year-old son claimed that he saw a man enter their cabin in the middle of the night. However, the boy didn’t remember anything after that until he woke up the next morning.

Two weeks later, the perpetrator killed the third woman under similar circumstances. Irene Cross was yet another black girl working as a servant. Once again, the attacker struck during the victim’s slumber. However, this time, the murder weapon was a knife instead of an ax.

Police who first arrived on the scene of Cross’s attack allegedly spoke to Cross before she succumbed to her horrific wounds. The murderer had cut her arm so severely that it nearly detached from her body. Moreover, he had practically scalped her, which left her with a massive head wound.

In August, the killer returned, attacking another servant named Rebecca Ramey. Curiously, he didn’t kill Rebecca. Instead, he focussed on her 11-year-old daughter, Mary, who he dragged outside where he raped her and stabbed her through the ears with an iron rod. Mary initially survived the attack but died a few hours later from her wounds.

The next victims marked the first – but not the last – time that the Annihilator killed two people at once. Gracie Vance, who lived with her husband, Orange Washington, lived and worked in the home of a local attorney. In the early hours of September 26, Vance awoke to the horrifying sight of a stranger standing over her. She screamed, and her husband jumped to her defense. However, the killer incapacitated Washington with an ax-blow to the head, obliterating his skull and leaving him motionless.

Before turning his attention to Vance, the killer also assaulted two other servants living in the same quarters. They both survived rapes and ax blows. Finally, the killer dragged Gracie Vance out into the yard and bludgeoned her to death with a large brick. Inside their cabin, he left his ax for police to find.

Lucina Boddy, the servant who was attacked but not killed, reported seeing some strange things. She alleged that the killer spoke to her just after he murdered Vance, screaming, “don’t look at me!” Furthermore, when officials found Vance, she was clutching a gold watch that did not belong to anyone living at the house.

Orange Washington died the next day. Police discovered that the killer accessed the cabin through a window.

In an act that echoed the future crimes of Jack the Ripper, the final two victims of the Servant Girl Annihilator died on the same night.

Until this point, all victims had been young black servants who were asleep during the Annihilator attacks. There were two anomalies in the case, Mary Ramey and Orange Washington, but these two deaths likely occurred out of convenience.

On December 24, 1885, the killer made a drastic deviation from his modus operandi when he killed the first white woman, Susan Hancock, described as “one of the most refined ladies in Austin.” Her husband was sleeping in a different room when the intruder grabbed her from her bed. He dragged her outside into the garden where police later found her. A sharp metallic object protruded from her skull, and her head lay open in two pieces.

Less than an hour after Hancock’s death, in a completely different part of the city, Eula Phillips became his second white victim. She lay dead in an alleyway of one of the wealthiest neighborhoods in Austin. Police found her lying face-down with her head bludgeoned. 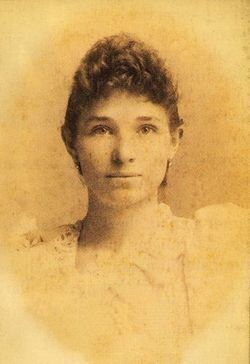 Eula Phillips was a victim of the Servant Girl Annihilator in Austin Texas. Image: Find A Grave.

Interestingly, the perpetrator had placed pieces of heavy timber on her, possibly to restrain her while he slaughtered her.

The End of Austin’s Serial Murders

As suddenly as he arrived, the Texas Annihilator vanished. In total, he had claimed eight victims and attacked at least another five who managed to escape with their lives. Over the ensuing months, police interviewed a total of 400 suspects, but none who police could confidently charge with any involvement in the killings.

Although most investigators believed that the same hand committed all the murders, the nature of Eula Phillips’ murder suggested that a team was perpetrating the killings. Several gang theories surfaced involving possible financial or racial motivations, but nothing substantial came of them.

Who Was the Servant Girl Annihilator?

The most prominent suspect in Austin’s serial killings was a Malaysian cook named Maurice. Maurice spent most of his life cooking on ships, but he landed a job at an Austin hotel in 1885. Every death occurred somewhere near this hotel. Interestingly, Maurice left the hotel job in January 1886 – the month after the murders stopped – and never surfaced again.

Investigators thoroughly probed the boyfriends and husbands of several of the victims, but they discovered nothing concrete. Jimmy Phillips, the husband of Eula Phillips, was accused and convicted of killing his wife using the Servant Girl murders as cover. However, the courts deemed him innocent and acquitted him after six-months in prison.

As the Annihilator and Jack the Ripper’s crimes boasted eerie similarities, it was only natural that the two would eventually coexist in the same breath. Some researchers believe that one person is responsible for both reigns of terror. Maurice, the cook, mentioned above, is an ideal candidate.

Francis Tumblety was one the best Jack the Ripper suspects.

After leaving Austin in 1886, Maurice purportedly moved to London and lived there during the Ripper’s murder spree. As it was with the Servant Girl murders, the Ripper killings stopped only weeks after Maurice left London. However, any further evidence which links the two infamous monsters is sorely lacking.

Quite often, H.H. Holmes receives the credit as the first serial killer of the modern era, but the Servant Girl Annihilator’s crimes came six years prior.

Austin’s serial murders were a preview of the kind of atrocities that gripped America over the next century. Although the identity of the killer is unknown, we can glean that he was a deranged murderer with an uncontrollable thirst for violence. His bloodlust knew no bounds or race, beginning with servant girls and progressing to wealthy privileged women within twelve months.

He gripped Texas with fear, as so many others have since, and vanished as mysteriously as he arrived. The sad truth is that we’ll probably never know who the serial killer of Austin was or why he committed such deeds. Was he a servant himself? Was he a misogynistic bigot, taking out his frustrations on those he deemed below him? Or was it something else entirely?

Even today, researchers are no closer to uncovering the truth. Theories about the unsolved murders have come and gone, but the case remains as enigmatic and haunting as ever. Over 135 years have passed since the murders, but this serial killer story remains one of the most perplexing, horrific, and fascinating in true-crime history.

A Drive Through Bunker Hill, Los Angeles, CA in 1948