by Joshua May 20, 2020
0
FacebookTwitterPinterestRedditEmail

Almost 32 years after the last murder by California’s Golden State Killer, detectives have found their suspect. Joseph James DeAngelo, a former police officer, allegedly terrorized the state for 12 years with a trio of crime sprees that made him one of the most wanted men. Authorities believe they have linked DeAngelo to crimes of the Visalia Ransacker, East Area Rapist, and the Original Night Stalker, also known as the Golden State Killer.

After 44 years and hundreds of burglaries, rapes, and murders combined, the Golden State Killer was arrested in 2018.

Perhaps the most prolific murderer-rapist in U.S. history, the Golden State Killer had amassed over 50 rapes and 13 murders, with an additional series of burglaries. Between 1974 and 1975 (possibly 1973-1976), the Visalia Ransacker committed more than 100 robberies and one murder. The East Area Rapist crime spree in Sacramento and the Bay Area lasted from 1976-1979. Then between 1979-1986, the Original Night Stalker — later known as the Golden State Killer — began murdering his victims.

There would be about a dozen murders from 1979-1986. However, it wasn’t until 2001 that anyone suspected the three offenders might be the same person.

Connection Between the Golden State Killer and Visalia Ransacker

Detectives have connected the Golden State Killer with the Visalia Ransacker, mostly based on his modus operandi and witness descriptions.

The Ransacker rummaged through cabinets, drawers, and purses. However, he tended to steal items without much value, such as photos, coins, Blue Chip Stamps, and driver’s licenses. He also liked to scatter women’s underwear and arrange or display things in a particular fashion. He even helped himself to ice cream or other snacks in the home.

Other typical habits of the Visalia Ransacker included:

Witnesses had seen the perpetrator lurking around their neighborhoods before he entered single-family homes. Most of the incidents occurred around the College of the Sequoias in Visalia. This neighborhood was the “epicenter” of over a hundred burglaries. Many people believe the spree lasted from April 1974 until December 1975. However, there are potential connections to some robberies in 1973 and earlier.

Perhaps it is no consequence that Joseph James DeAngelo attended College of the Sequoias in the early 70s for post-graduate classes and, later, police academy training on the campus. Additionally, his sister had moved to the Exeter area in 1969. Exeter is a small town next to Visalia that also had its own Exeter Ransacker with similar burglaries. DeAngelo served on the Exeter police force from 1973-1976, covering the duration of the ransackings in the area.

One of the final crimes associated with the Visalia Ransacker (later the Golden State Killer) was the murder of journalism professor Claude Snelling on September 11, 1975. The suspect broke into Snelling’s house near the College of Sequoias wearing a ski mask. He snuck into the room of Claude’s 16-year-old daughter, Beth, and she awoke out of a deep slumber with the man on top of her. The offender told Beth that if she didn’t go with him, he would stab her to death.

Beth, a high school student, and Claude Snelling, a college professor, were attacked at their home in September 1975.

Beth’s 45-year-old father woke up to strange noises and saw someone kidnapping his daughter at knifepoint outside the house. Claude ran outside, screamed, and charged the suspect. The perpetrator shot Claude twice, hit Beth over the head with the gun, and kicked her repeatedly. Then he fled the scene. Snelling died minutes later on the way to the hospital.

The death occurred six weeks after someone spotted a prowler at the Snelling’s house.

The Ransacker Takes a Shot at a Police Officer

In December 1975, a police officer named William McGowen was staking out a home that he believed the Ransacker was targeting. He surprised the offender in the garage of the house. The Ransacker fired his gun at McGowen but hit a flashlight close to McGowen’s face knocking him down. Consequently, the assailant escaped.

Crimes associated with the Visalia Ransacker suddenly stopped. However, unbeknownst to law enforcement, the man wasn’t about to give up a life a crime. Indeed, he would soon begin a new, much more violent spree.

Meanwhile, Joseph James DeAngelo had put in for a transfer, moved from the Central Valley north toward the Sacramento area, and started work with the Auburn police force in 1976.

The first known offense tied to the East Area Rapist came in June 1976, in Rancho Cordova. Initially, most of the incidents occurred in the suburbs of Sacramento County. He began by attacking single women at home, either alone or with their children. However, in 1977, he started targeting couples as well. There were approximately 50 rapes tied to the East Area Rapist between June 1976 and July 1979.

Many of the crime scenes and witness statements held similarities with those of the Visalia Ransacker cases. Victims often reported seeing or hearing someone lurking around their property in the weeks leading up to the rapes.  He ransacked their homes after he tied up the residents with shoelaces that he found around the house or that he had brought with him. Additionally, like the Ransacker, the East Area Rapist stole personal items worth very little.

The East Area Rapist broke away from his usual modus operandi on February 2, 1978. Brian and Katie Maggiore were walking their dog in Rancho Cordova, east Sacramento County. Details about the entire incident are lacking. However, their dog, Thumper, got away and ran into a neighboring yard. When they went to retrieve their dog, it appears they came into contact with the prowler, who chased the Maggiores through a series of yards. He shot Brian twice and killed him. Then, in another yard, he caught up with Katie and shot her in the head. Nobody is certain about the motive for the chase. 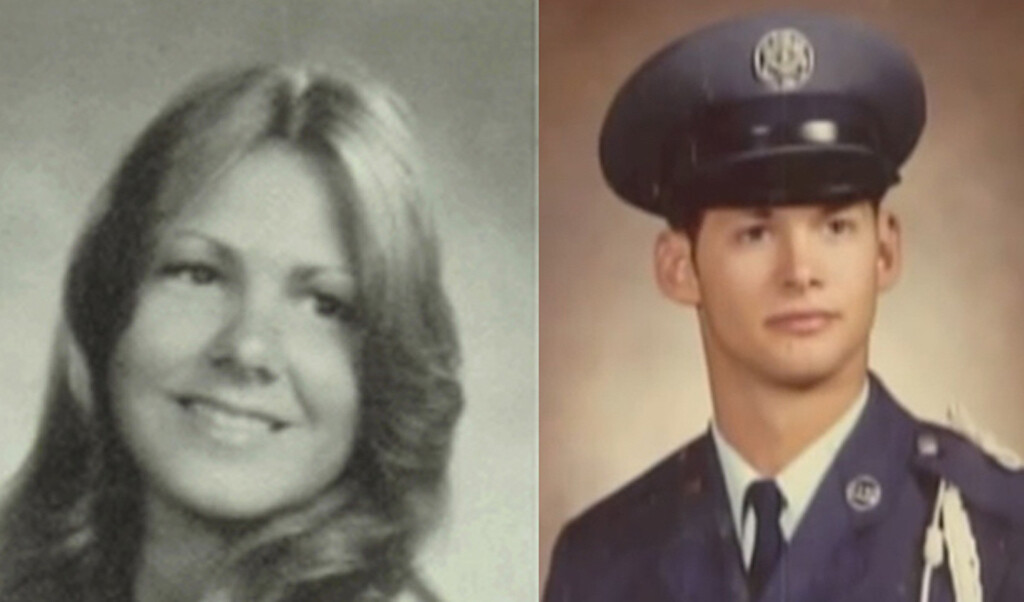 Brian and Katie Maggiore were the first double murder by the Golden State Killer.

The incident was so different from the East Area Rapist’s other crimes that it took more than two decades for police to suspect him in the murder. Some experts still doubt the connection. However, there were similarities between the Maggiore’s case and other attacks, such as a pair of pre-tied shoelaces found near the crime. Therefore, most police agree that it was the East Area Rapist.

During this time frame from 1976-1979, DeAngelo was with the Auburn police department until his arrest for shoplifting a hammer and dog repellant spray. The Chief of Police fired him in 1979. In retrospect, the timing of DeAngelo’s release from the department marked the end of the East Area Rapist crime spree.

A few months later in December 1979, the crimes shifted south to the Santa Barbara area. Robert Offerman and Debra Manning became the first victims of the Golden State Killer (Original Night Stalker) when the offender bound their hands, raped Debra, and killed the couple in their Goleta home.

The Long Island Serial Killer is Still at Large

In 1980, the serial killer murdered two couples and then killed three more people in two incidents in 1981. Three were in Santa Barbara County, two in Orange County, and one in Ventura County. The women had all been raped.

The seventh event connected to this crime spree was Janelle Cruz on May 4, 1986, in Irvine. Unlike the other six incidents, Cruz was unmarried and alone at the time of the rape and murder.

The police were investigating these cases as three separate crime sprees until Paul Holes joined the case in 1994 as an investigator for the Contra Costa County sheriff’s department. He reviewed the case files for the East Area Rapist and used the latest technology to once again test and try to match the DNA.

Although Police had been unable to connect a person to the crime-scene DNA for 17 years through traditional methods and databases, under the lead of Paul Holes, the final break came from a newer branch of forensics called genetic genealogy. 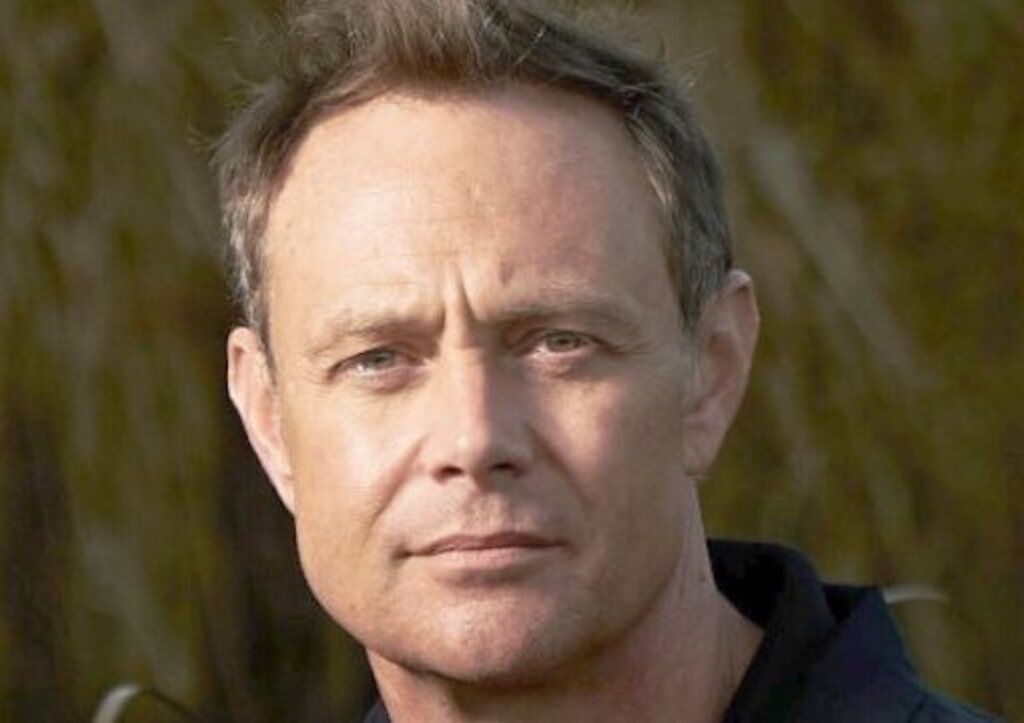 Paul Holes was instrumental in the capture of the Golden State Killer. @PaulHoles, Twitter.

With the help of the GEDmatch genealogical database, police found relatives of the suspect who left his DNA behind at a number of crime scenes. Along with Barbara Rae-Venter, an attorney with expertise in genetic genealogy, the team created family trees with a list of potential suspects. Then they used a process of elimination to rule out each person.

Use of Genetic Genealogy to Catch the “Chinese Jack the Ripper”

The DNA samples from DeAngelo’s car door and an item from his trash matched the DNA of the Golden State Killer. Four months after Paul Holes submitted the DNA to GEDmatch, they had their man.

After nearly a week of surveillance, Sacramento police arrested the serial murderer at his Citrus Heights home on April 25, 2018. Due to the statutes of limitations in California, DeAngelo would not face charges for the Visalia and Exeter rapes and burglaries. Nonetheless, police charged him with 13 counts of kidnapping and 13 counts of murder across six counties, including Claude Snelling and Brian and Katie Maggiore. DeAngelo is currently 74 years old. 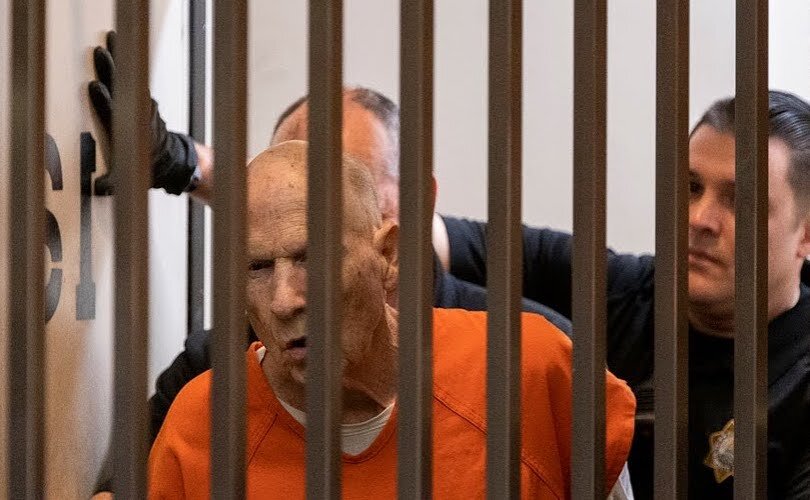 Joseph James DeAngelo, believed to be the Golden State Killer, is behind bars. YouTube.

Hearing and Trial for the Alleged Golden State Killer

The prosecutors from all six jurisdictions agreed to one trial in Sacramento courts. Initially, four counties — Sacramento, Orange, Santa Barbara, and Ventura — sought a death penalty. However, in March 2020, court documents revealed that DeAngelo asked for a plea deal. If the prosecution accepts, DeAngelo will plead guilty to avoid trial and a death sentence. Instead, he will receive life in prison. While the prosecution considers the plea deal, the courts have postponed the preliminary hearing twice due to the COVID-19 pandemic. The new tentative hearing date is June 29, 2020.