Home » Archaeology » How Old is the Sphinx? Examining the Evidence
Archaeology

How Old is the Sphinx? Examining the Evidence

Mysteries of the Great Sphinx of Giza

The Great Sphinx of Giza is one of the most recognizable man-made objects in the world. Despite this, it is also one of the most mysterious man-made objects in the world. Even if you accept the general consensus of who built the Sphinx, how was the Sphinx built, you are still left with many questions that have not been, or cannot be, explained. However, not everyone accepts the general consensus and therefore, the Sphinx is even more of an enigma to them. One of the mysteries of the Sphinx that has possibly been answered, but often disputed, is how old is the Sphinx. 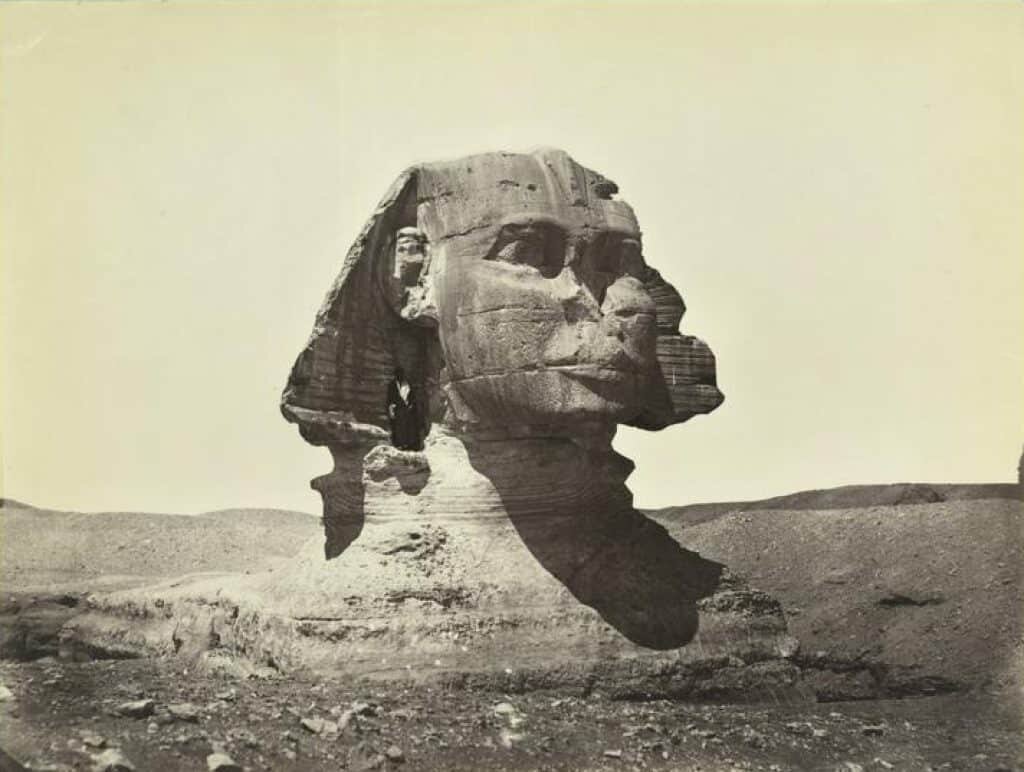 The head of the Sphinx emerging from the sand in 1867.

When Was the Great Sphinx Built

If you deny the general consensus of the age of the Sphinx, you are left with the question of who built it. However, for the purposes of this article, we will ignore that question, as it is still disputed within the realm of general consensus. In other words, even if you do accept that the Sphinx was built when most Egyptologists say it was, there is still the question of in which pharaoh’s reign it was built. That question may be answered as well, but it doesn’t answer who built it. We have the tomb of the pyramid builders. We have no such evidence of who built the Sphinx.

According to translations of the “Dream Stela” at the foot of the Sphinx, King Thutmose IV came across the head of the Sphinx when he was still a prince. The rest of the statue was buried in the sand. He took shelter from the sun in the shadow of the great head. While there, he drifted off to sleep and dreamed that the Sphinx wanted him to dig out the rest of the statue in exchange for making him king. When he awoke, the prince remembered the dream and the deal was completed on both sides. If we are to believe that Thutmose IV unearthed the Sphinx, then we know the Sphinx dates back much farther than his reign, which began around 1400 BC. 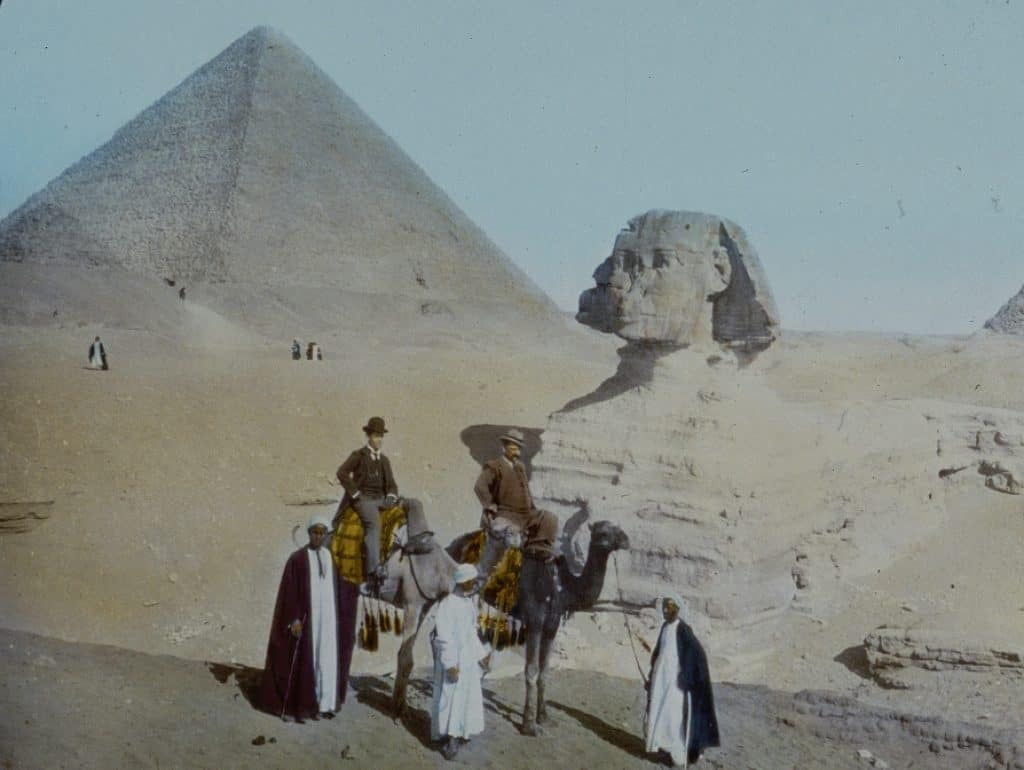 According to Egypt’s premier archaeologist, Dr. Zahi Hawass Secretary-General of the Supreme Council of Antiquities, the Great Sphinx of Giza was built during the Old Kingdom in Egypt (2649-2150 BC). There is quite a bit of evidence to support this, but the most obvious is the style of the statue. The features of the face, the headdress, and the shape of the head are reminiscent of the 4th Dynasty (2613-2494 BC). Theories that go against Hawass’s findings put carving of the Sphinx thousands of years before the 4th Dynasty. That begs the question, why would artistic style have remained the same in Egypt for so many thousands of years? Of course, it begs many other questions as well. Dr. Hawass has said that none of these theories (regarding an earlier date) “has any basis in fact.”

One of the prevailing arguments for the Great Sphinx being older than the Old Kingdom is that some of the erosion on the Sphinx appears to have been caused by water. Dr. Robert Schoch of Boston University studied the Sphinx water erosion and says that it appears to have been made by heavy rainfall. He claims that the sort of rainfall that has occurred in the Giza Plateau since 5000 BC would not have been enough to cause this sort of damage. Much heavier rains occurred before 5000 BC, making a date around or before then more feasible to him and others. He has also found that similar erosion does not exist in other monuments in the area dating from the Old Kingdom.

Dr. Schoch has hinted that wet sand could have caused the erosion on the pyramid. We do know that the Sphinx has been buried for the better part of its existence. In fact, it was only unearthed again in 1936. This being the third time that we are aware of, including Thutmose’s tale. However, we have no way of knowing if it was buried in wet sand. Even if we did, we still have the fact that others have credited blowing sand with the Sphinx’s erosion.

Problems in Determining How Old is the Sphinx

If you accept that the Great Sphinx of Giza was carved during the Old Kingdom, you still have to wonder exactly when. Some experts believe that it was built during the reign of Khufu (2589-2566 BC), the man for whom the Great Pyramid was built. Others believe that it was built during Khafre’s reign (around 2500 BC). Khafre is the man for whom the second largest of the Great Pyramids was built. The difference is only that of a few hundred years.

It is impossible to use most modern scientific methods to learn how old is the Sphinx. Because it is carved out of stone, carbon dating is out of the question. The only methods available to us are those of observation and deduction. Who could have possibly carved the Great Sphinx before 5000 BC? Why would it appear to be an Old Kingdom structure thousands of years after it was built? Observation and deduction tell us that no one could have carved the Great Sphinx that long ago. Additionally, the idea that the style of art would have remained the same in Giza for all that time is absurd. However, concrete evidence cannot be applied to the Sphinx, as there is none. There is no record of it being carved and there is no way of dating it conclusively.

Thick Skinned: Why Did Vikings Really Cover Their...