Home » Archaeology » Egyptology and A Brief History of Egypt
Archaeology

How the History of Egypt Became “Egyptology”

Once I was asked, “Why is it referred to as Egyptology, indicating that it is to be studied along with scientific subjects?” To answer this question, we must go back to the year l798 when Napoleon attempted to invade Egypt. His expedition, ill-advised as it was from the military standpoint, had the long-range effect of politically waking the history of Egypt and setting in motion a scientific examination of its antiquities that continued to this day. He had taken one hundred and seventy-five scholars to study and record every aspect of Egypt that could be brought under the microscope of those who wanted to know more about it in as great a depth as possible. 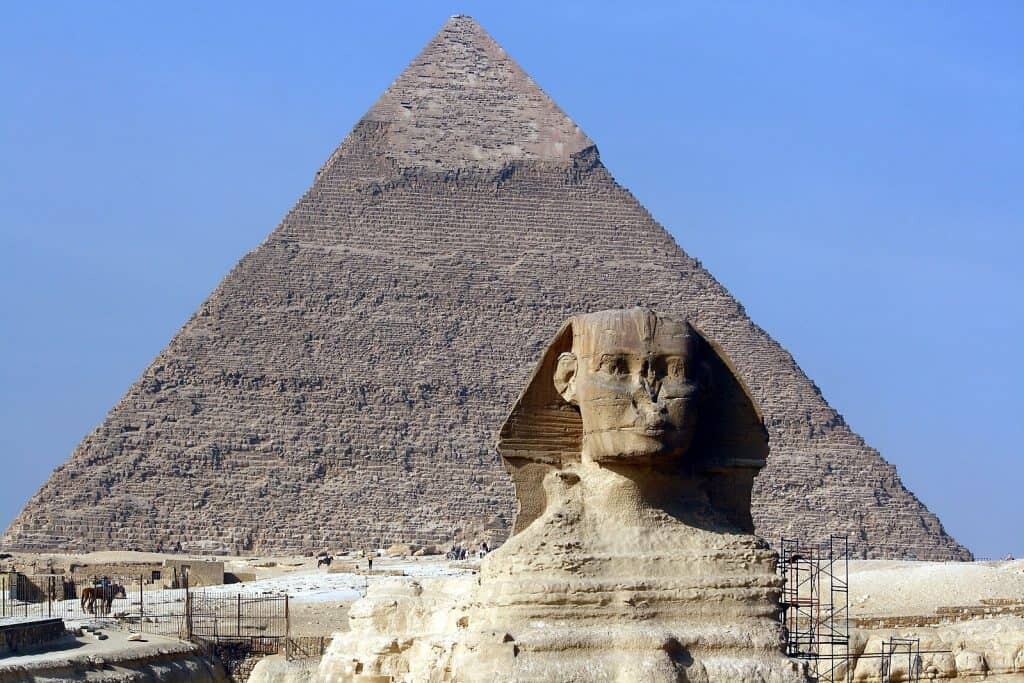 The Great Sphinx of Giza against Khafre’s Pyramid at the Giza pyramid complex.. By Hedwig Storch (Own work) [CC BY-SA 3.0]

Not only did Napolean Bonaparte bring some of France’s greatest authorities on such subjects as astronomy, mathematics, chemistry, hierology, history, various technicians, painters, poets and a copy of every book he could find in France that contained information about the Nile Valley. He brought crates of scientific apparatus and measuring instruments.

The Key to Understanding the History of Egypt

History can find no greater application of mathematics than that which has gone into the study of the great pyramids of Giza. The same may also be said for astronomy.

Where was the Land of Punt?

And so, it may be without precedent when we say Egyptology, but there is so much in the way of the various fields of science that have been called into play in relation to this geographical location and of the people and places that are associated with it.

The Land of the Nile

Egypt has been called “the gift of the Nile”. Here again, we have one of the most interesting and unique natural features found anywhere on earth. The people who settled here, perhaps from Northern Europe or from the valleys of the Tigris and Euphrates rivers, soon discovered a land protected on the north by the Mediterranean, on the west and south by the desert and on the east by the Red Sea. As the river flooded each year, it brought with it a renewal of life in abundance. One could raise the food that they ate as well as the food for their animals and the cotton they needed there for their clothing. Although natural wood was in short supply, building stone was not. Minerals such as gold were found in abundance as well as gemstones. 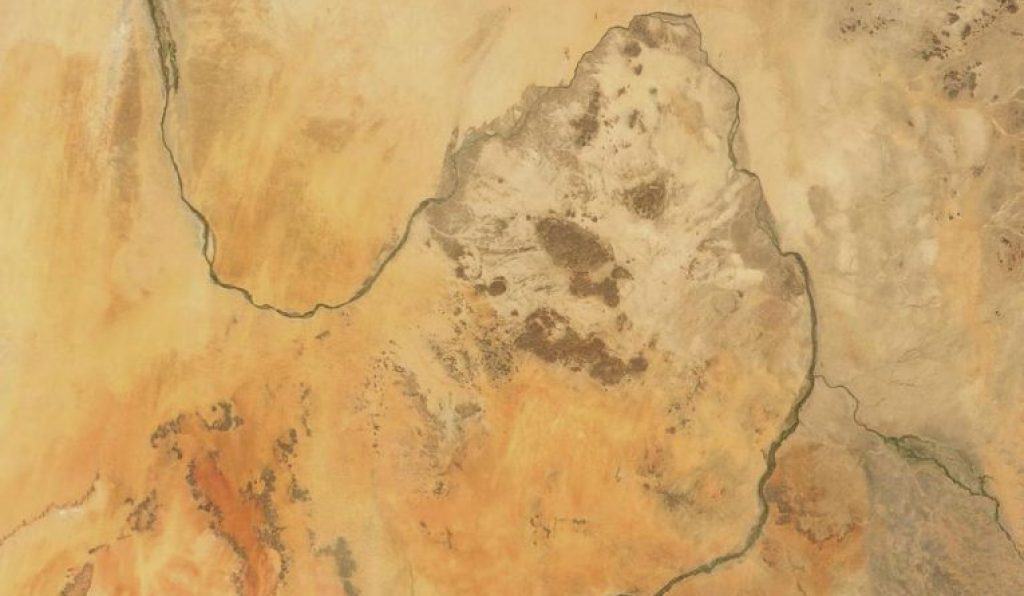 NASA image of the Nile River in Sudan/Nubia. Public domain.

When so many of the other ancient civilizations were in constant fear of their various enemies, this was not the case in Egypt. Much more of their effort could be directed toward establishing their own civilization based on both abundance and tranquility. As a consequence, a type of Renaissance was experienced where art and culture flourished. Like any society, there was a social structure and a social hierarchy. There was the royalty, the nobility, the priests and scholars, the military, and the artisans. The vast majority of the population worked on the land.

Related: Role and Power of Women in Ancient Egypt

There was a universal love of beauty, color and nature. Gardens and flowers were seen even in the places were the peasant population lived. Egyptian education was considered to be the finest in the known world. If a man or woman studied medicine or dentistry in Egypt, they were considered to have received the best training possible. The role of women was unique in many aspects of equality seen nowhere else in the ancient world. 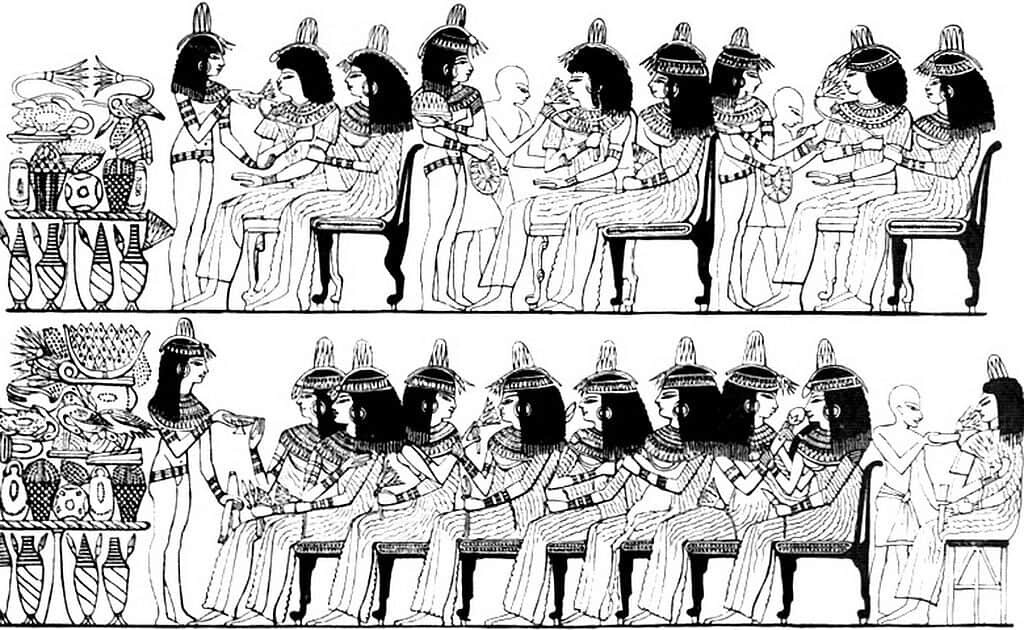 Cultural Stability Amidst a Changing World

The average Egyptian in pharaonic times had little if any contact with the rest of the ancient world. They were both militarily and psychologically self-sufficient. There was a very strong identification with anything that was very much their own land, their own culture, their own religion, and their own way of life. It did not change. For over three thousand years, it did not change. Their language remained the same, their customs and their traditions remained the same. There was predictability on every hand.

The Nile rose and gave life every year. They planted and they reaped. They had a very unique way of life and they thrived within its structure. Even to this day, we see so many examples in Egypt of that which was seen many years ago. As long as the Nile continues to give life to Egypt, Egypt will continue to be the gift of the Nile.

Thus, Egypt has earned the right to be a major subject of study – Egyptology. With its 40,000 plus years of human development and culture, grand contributions to business, science, medicine, language, art, and phenomenal engineering capabilities, Egypt has demonstrated to the rest of the world just what an incredible and advanced civilization they once were.

You May Also Like:
Thonis-Heracleion: The Sunken Egyptian Port City
Egyptian Animal Mummies