Egyptian animal mummies were an integral part of ancient life. But why?

Sometime around 1500 BC, the Egyptians began mummifying animals extensively. Over the years, archaeologists have uncovered millions of Egyptian animal mummies at sacred sites. It is common knowledge that Egyptians worshipped a cat god and mummified their cats. However, they also preserved a variety of other creatures including gazelles, baboons, dogs, cows, lions, bulls, falcons, and even hippos. But why did the Egyptians go through such painstaking efforts and even pay the expense to preserve their animals? 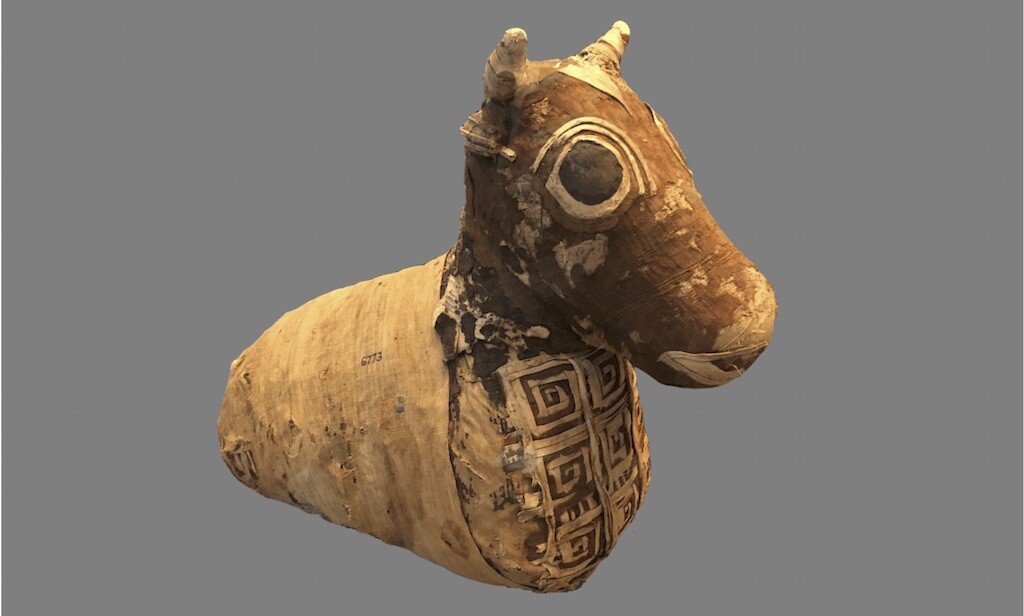 Mummy of a young bull at the British Museum. Roman Era Egypt, after 30 BC. Photo: Historic Mysteries.

Egyptian embalmers carefully crafted the animal mummies. Some of them had gilded faces and elaborate tombs covered in decorations. Woven linens wrapped the animal, which was often dipped in some kind of resin.

Why Did Egyptians Mummify Animals?

Scholars believe there were four main reasons for the mummification of animals:

1) Egyptians prayed to the idols as intermediaries between them and their animal gods.
2) Mummies served as votive offerings to the gods at temples.
3) As a mummy, beloved pets could go to the afterlife as a companion for their owners.
4) The animal may have become food in the afterlife.

Egyptology and a Brief History of Egypt

As an animistic culture, Egyptians believed that gods could dwell anyplace and in anything. Their belief that animals were the manifestation of gods and goddesses led them to create idols, such as statuary and mummies. Sometimes the mummified animal was entombed in a statue. The Egyptians venerated the embodiment of the gods within the animals as well as within their statuary idols.

Worship often occurred at Egyptian temples that priests dedicated to specific gods. The animal mummies may have been given to a priest at the temple or simply left there as a votive like Catholics leave candles. Either way, massive burials of animal mummies have been discovered at many sacred temple sites. Perhaps a devotee was offering up the mummy as thanks for some blessing or as a sacrifice for a favor.

Companionship in the Afterlife

In addition to the use as idols, animals were so loved and relied upon for companionship that when an owner died, his pets would also be mummified. This idea is in alignment with the Egyptian belief that life is everlasting as long as certain conditions existed, such as proper mummification and a tomb that contained everything necessary in the next world. The care given toward mummification of the human was also extended to his animals, and together they could continue in the afterworld.

Food in the Afterlife

It was the responsibility of the living to provide everything the dead needed in the afterlife for health, safety, happiness, and all creature comforts. Therefore, amongst the many items that Egyptians put in the tombs of the dead, animals were probably also included as food in the next life.

At the Egyptian temple and cemetery, Kom Ombu, north of Aswan, Egypt, archaeologists discovered more than 300 crocodiles mummies. This is not surprising, as Egyptians revered the crocodile for its fearsome strength and for its association with the Nile and, thus, fertility. Actually, the Kom Ombu temple was the worship site of both the falcon god Horus and the crocodile god Sobek.

The crocodile mummy below came from Kom Ombu and researchers scanned her using modern CT. “The ancient Egyptians believed this mummy was [the] incarnation of the crocodile god, Sobek. Nearly 4 meters long, it is coated with resin and has over 25 mummified crocodile hatchlings attached to its back.” It dates to 650-550 BC. (British Museum).

This crocodile mummy was a representation of the crocodile god, Sobek. 650-550 BC. Source: British Museum

Bastet or Bast was the cat goddess. In the ancient religion of Egypt, worship for Bastet dates as far back as 2890 BC as the goddess of warfare in Lower Egypt. During the 22nd Dynasty, worshippers transformed her from a warrior deity in the form of a lioness to a protector deity in the shape of a cat. 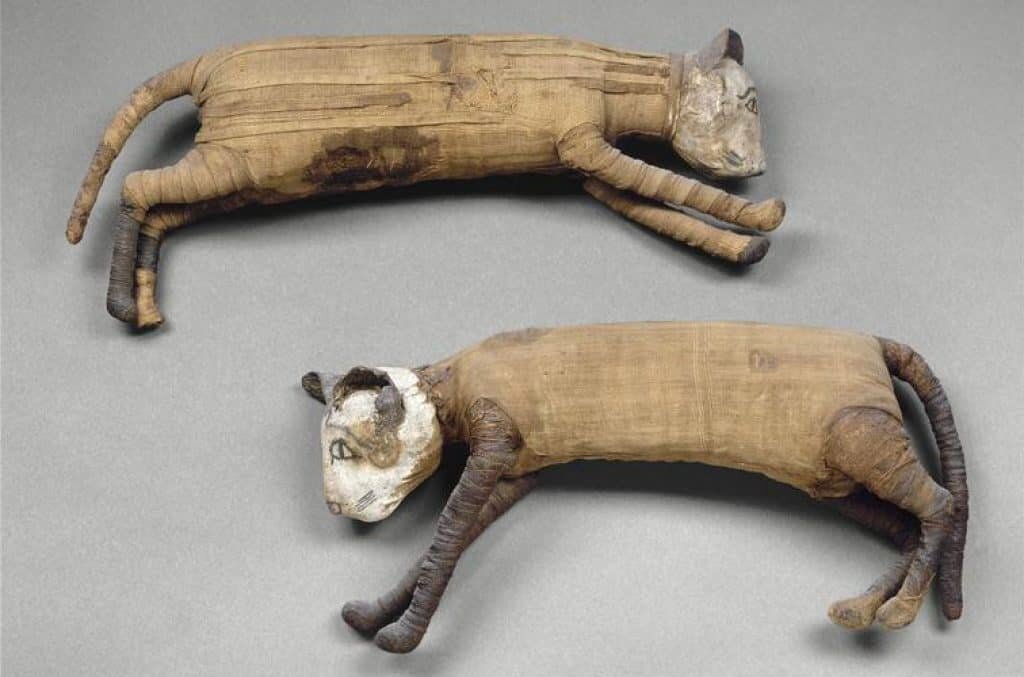 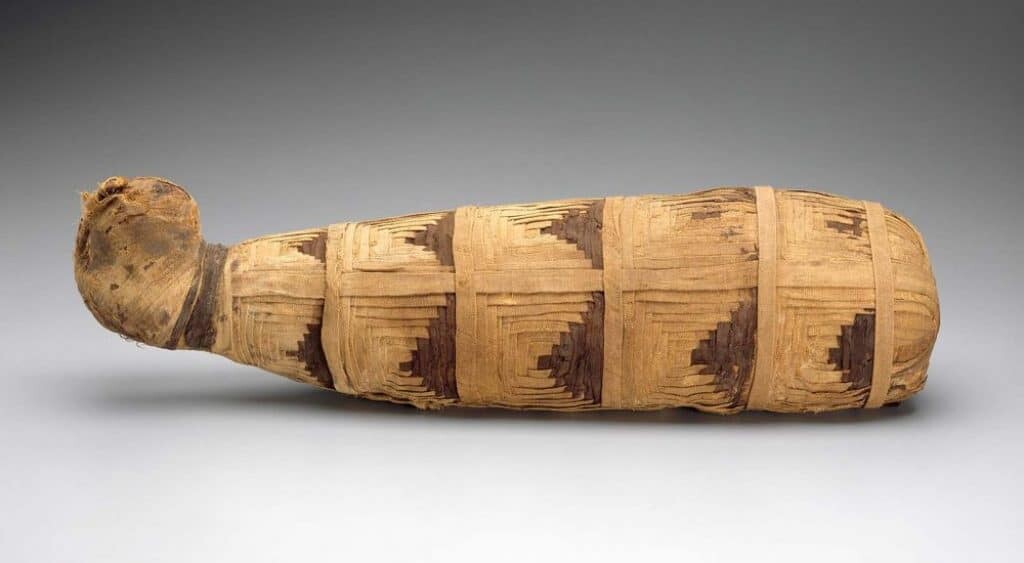 As noted above, Egyptians also worshipped a falcon god, Horus. The following falcon mummy resides in a private collection and dates to the Ptolemaic Period, 332-3o BC. The intricate details include two tones of linen woven into a geometric design, a stucco mask with painted falcon features, and a tripartite wig that drapes to its shoulders. 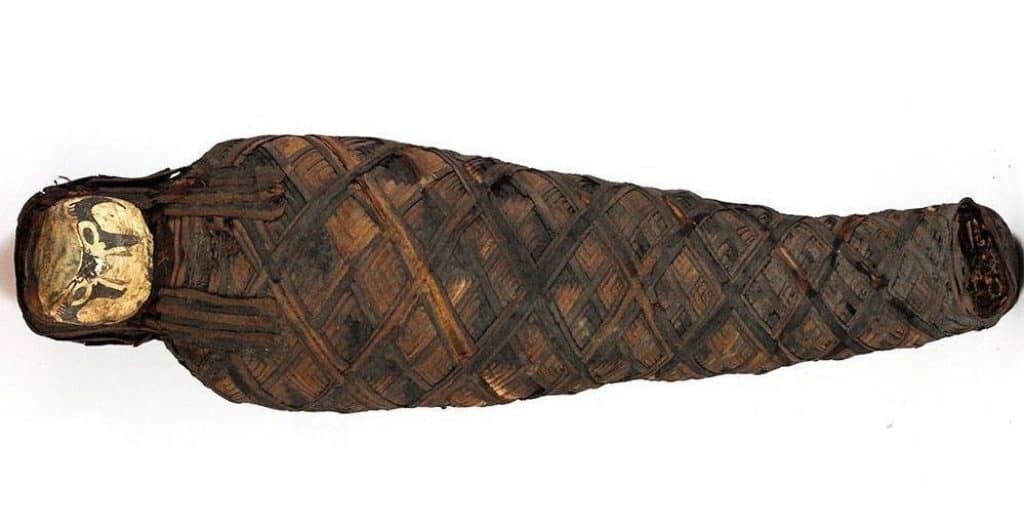 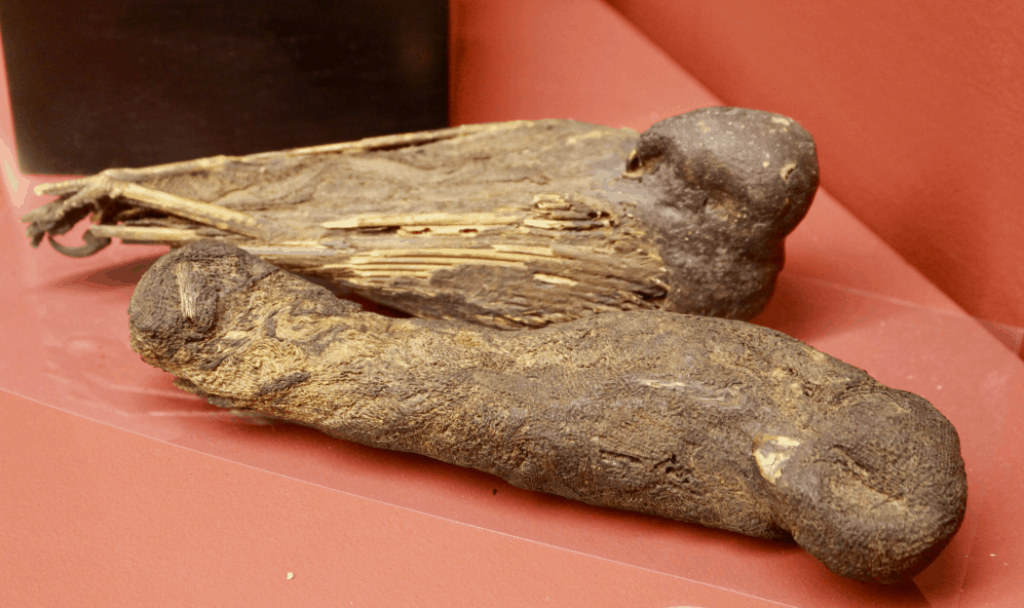 The Industry of Mummification

Mummification was an expensive art and science. A special group of priests recited prayers and conducted the necessary rituals before and during the mummification process. Because there was widespread demand for animal mummies, an entire industry arose that offered them for sale or barter at special sacred sites.

Scholars estimate that the number of Egyptian animal mummies was more than 70 million from around 380 BC to AD 400. In one site alone, they found 8 million preserved dogs. Additionally, archaeologists discovered around 30 animal mummy catacombs with millions of mummies piled from top to bottom.

Most of the mummies examined by experts contained whole or partial animals. However, about one-third of the animal mummies that experts scanned had no animal inside. Those only contained sticks or perhaps feathers. Although some sources have quickly concluded that this is a result of fraud, other highly credible research teams, such as the University of Pennsylvania Department of Anthropology, indicate that the empty “mummies” may not have been the result of dishonesty at all.

There may be different reasons for purchasing an empty animal idol. Some scholars theorize that the demand for animal offerings exceeded the supply. Hence, to take the pressure off the embalmers and animal farms, priests sold stuffed ones as worthy replacements.

Another very real possibility is that commoners couldn’t afford real animal mummies. The expense of the embalming process may have been simply cost-prohibitive. An empty mummy might have also been a low-cost substitute for a real statue if someone needed an idol of one of the animal gods.

In the ancient world, votives certainly did not have to contain real body parts. In fact, many cultures offered to their gods small statues made of various materials in the image of a “sacrifice,” such as a human or animal. This way, real humans and animals were spared. Therefore, empty mummies may have existed primarily for commoners who needed votive offerings (sacrifices) or idols.

One intriguing story surfaced in the “English Illustrated Magazine”. It told about a local farmer in 1888 who was simply digging in the sand near the village of Istabl Antar. Apparently, he discovered a large grave containing a staggering number of ancient mummified cats. Subsequently, many more such graves surfaced over the years.

Early archaeologists who dug through the sands of Egypt placed great value on the treasure-filled tombs of the wealthy and noble. But unfortunately, there was little interest in a large number of Egyptian animal mummies. Perhaps this was because archaeologists did not recognize their importance.

However, in the following century, archaeology became more of a science and less of a treasure hunting hobby. Researchers became deeply interested in what they could learn about cultures, and thus, the preservation of history became paramount. The Egyptian animal mummies became a hot topic of Egyptian archaeology because of the things they reveal about the human-animal-god relationship in ancient Egypt. 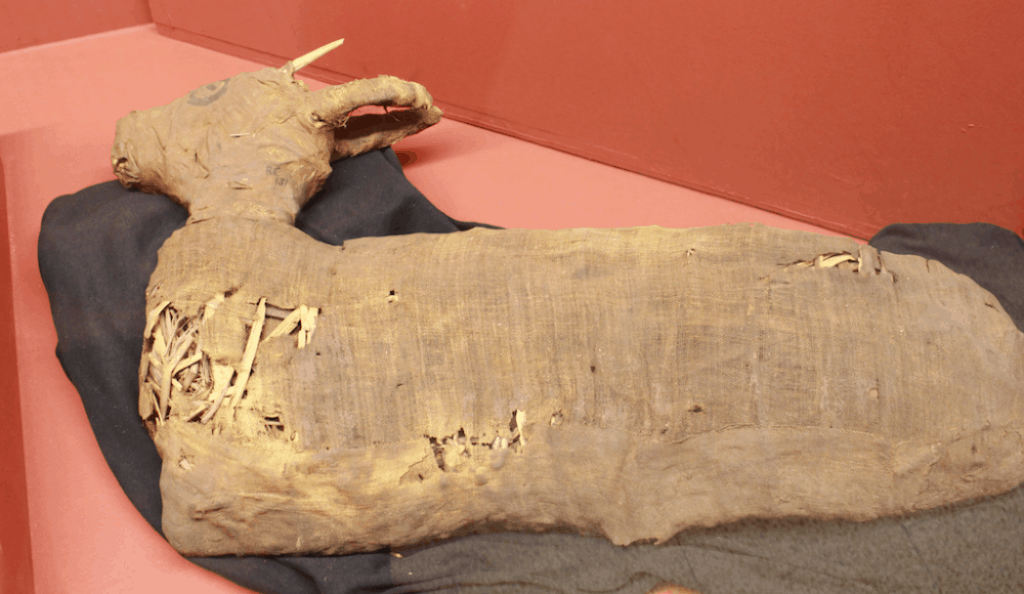 Salima Ikram, an Egyptologist and a professor at Cairo’s American University, is an expert in zooarchaeology. She has dedicated a tremendous amount of time and passion in studying Egyptian animal mummies. As part of her work, she cataloged her detailed findings. Subsequently, she presented her gallery of mummified animals to the public for educational purposes. Not surprisingly, Ikram’s Egyptian exhibit received high acclaim.

The preserved animals rest behind special glass panels. They proudly display their linen strips and painted faces, their beaded and gilded casings, and carved limestone boxes. Some have simple wrappings of papyrus mats. But all of them now, instead of being buried in mass graves or cast aside as useless items, are attracting the attention and adoration as should the gods that supposedly dwell in them.

You may also like: Oxyrhynchus Papyri: Historical Treasure in Ancient Egyptian Garbage