There is something very special between twins such as June and Jennifer Gibbons. The unique bond shared by twins is difficult to describe, much less understand. Twins frequently share unusual traits. One being autonomous language, a form of communication consisting of inverted words, sing-song expressions and animated gesturing only the pair understand. A strong psychic bond is another unique trait demonstrated with shared intuitions. The unsettling ability to know precisely what their “other” is thinking and feeling, even when separated. Synchronous posturing and activities are also eerie characteristics which certain twins display. 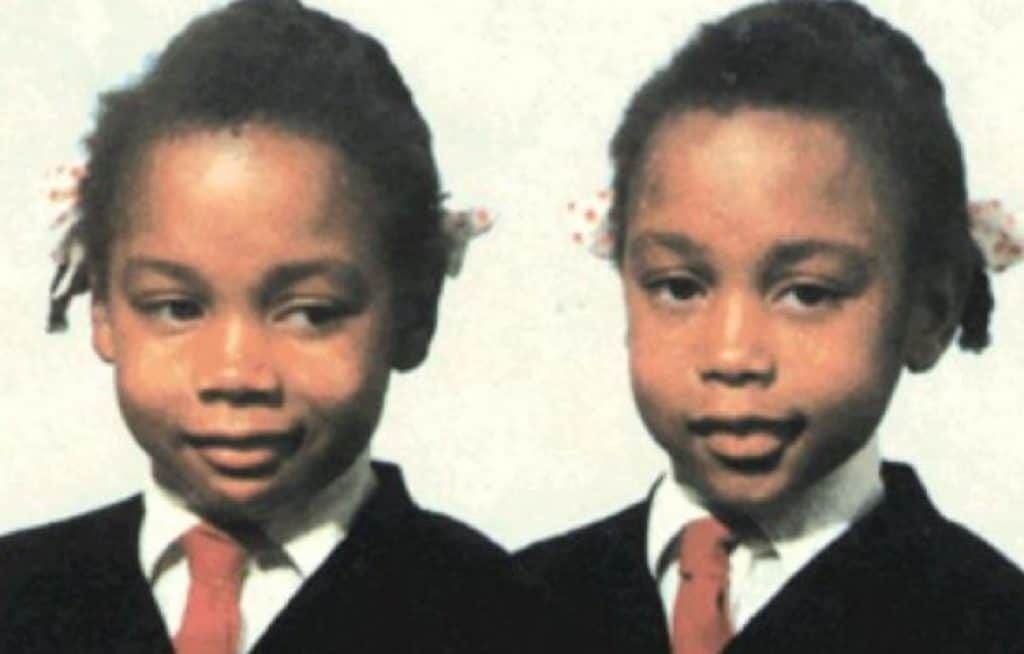 June and Jennifer Gibbons in their school uniform.

In the strange and disturbing case of June and Jennifer Gibbons, all of the above-mentioned traits and behaviors are present. But their story contains other factors that continue to intrigue and baffle. It leads to many more questions than answers.

Born to West Indian parents, June and Jennifer Gibbons displayed unsettling behavior early on, even for twins. When the family moved to Wales, their differences became more evident. In part due to the Gibbons’ being the only black family in the community. But also owing to the twins’ refusal to speak (elective mutes) and an insistence on never being apart from each other. Sent to separate boarding schools at age 14, the girls withdrew and became catatonic. Once reunited, they resumed their isolation. But they also began demonstrating a creative side, staging plays with their dolls and writing extensively in their diaries. Their creativity produced detailed novels, although the subject matter (sexuality, criminal behavior, etc.) was disturbing, given their lack of social interaction. This out-of-character behavior eventually led to even more bizarre developments, changing the narrative of the “Silent Twins” from interesting anomaly to impossible-to-explain tragedy. 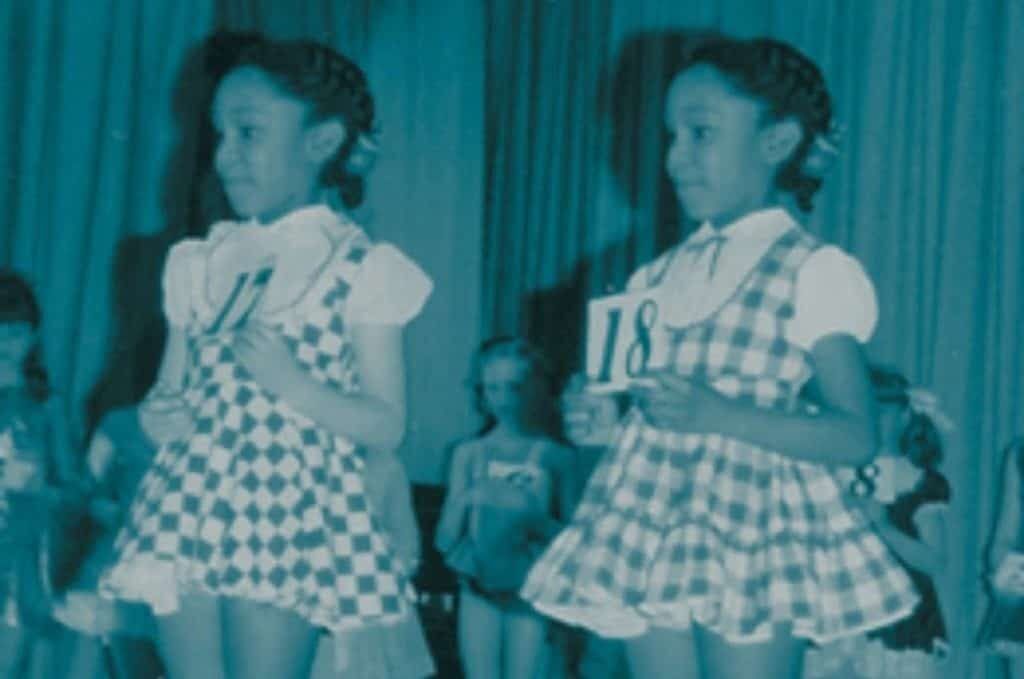 June and Jennifer in school.

Now aged 17, the twins in many ways began exhibiting “normal” teenage girl behavior, including their first sexual experiences. Other “rebellious” activities followed such as drinking, marijuana use, and petty theft. They initiated even more jarring, violent behavior towards one another, culminating in attempted murder (Jennifer trying to strangle June, June attempting to drown Jennifer). These antics soon escalated from youthful shenanigans to criminal behavior. They set fire to a tractor shop. And even more seriously, their vandalizing and attempted arson of a technical school. The latter incident led to their arrests and subsequent commitment to Broadmoor Hospital, a psychiatric facility in Berkshire, England.

I’m going to have to die.

For 14 years they remained at Broadmoor, becoming assimilated enough to join the hospital choir. As their story became more publicized, intrigued journalist Marjorie Wallace attempted to forge a relationship. Eventually gaining their trust, Wallace, after exhaustively researching their diaries, concluded that the twins desperately longed for fame. Their aberrant behavior was an attempt to achieve it. Wallace also determined that June and Jennifer felt trapped by their unique bond, with separation being the only solution to the dilemma.

In 1993, it was decided to transfer in hopes of “fast-tracking” their rehabilitation. However, when Marjorie Wallace met with the girls, expecting excitement and joy for their approaching transfer, she was instead taken aback when Jennifer told her, “I’m going to have to die.”

Initially, Wallace tried to laugh this chilling development off, but it was apparent that Jennifer was serious, adding, “We’ve (herself and June) decided.” 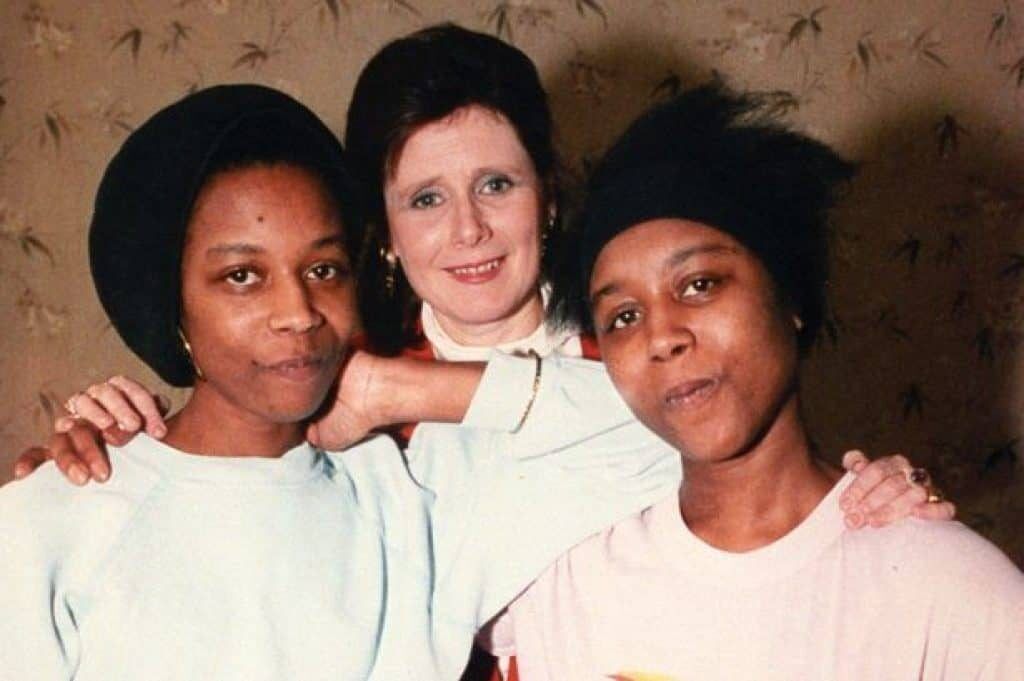 When the twins arrived at Caswell Clinic in Wales, Jennifer Gibbons was unresponsive. Despite life-saving efforts, she died soon afterward. Her demise attributed to sudden inflammation of the heart (acute myocarditis). Autopsy results ruled out drugs and foul play, making her death as mysterious and puzzling as her life. Shortly after, Wallace visited June Gibbons, who said:

I’m free at last, liberated, and at last Jennifer has given up her life for me.

Twenty-plus years later, June Gibbons has moved back to live near her parents in Wales. She lives alone, no longer under psychiatric care, and is accepted in the village.

Wikipedia
NPR
The Line Up