On July 26, 1974, twelve-year-old Leslie Metcalfe was walking with her parents and their friends through the dunes at Race Point Beach in Provincetown, Massachusetts. Their friends’ dog was tagging along with them when it became excited by something and rushed into a stand of pines. Leslie heard the dog barking and ran over to see what was going on. That was when she found the Lady of the Dunes lying face-down with her hands amputated. 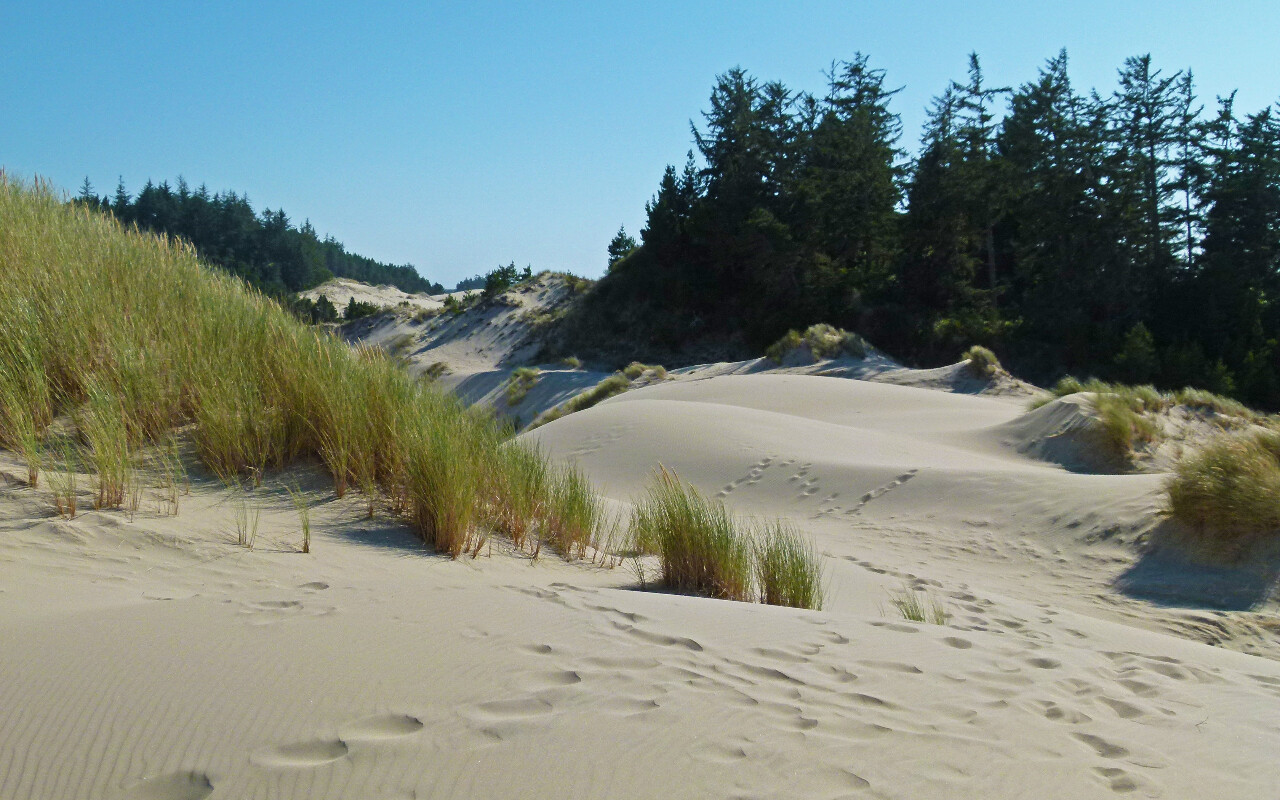 The Lady of the Dunes was found near the C-scape dune shacks in Provenance, Massachusettes. Public domain.

Leslie could see that the woman was nude and had clothing neatly folded under her head. She ran back to her parents and immediately told them what she saw. Her father went to verify the gruesome scene and, subsequently, notified the park rangers.

Another young girl, Sandra Lee, who is now a crime author, claims that she too saw the Lady of the Dunes as she was taking a walk with her dog a couple of days before Leslie found the body. Sandra says she noticed that the lady had a head injury. She could also see what looked like a slash across the woman’s neck. However, Sandra was too afraid to tell anyone about it. Therefore, most people credit Leslie for the discovery of the woman.

Lady of the Dunes Crime Scene

When police got to the crime scene, they found the victim lying on one side of a green beach towel. A pair of Wrangler jeans and a blue bandana lay under her head in what appeared to be a makeshift pillow. Where her hands should have been, there were piles of pine needles. The perpetrator had practically decapitated her and pulled out several of her teeth. Detectives theorized that the removal of hands and teeth were efforts to conceal the woman’s identity. One side of her head showed signs of blunt force trauma, which investigators determined was the cause of death. There were also signs of sexual assault. 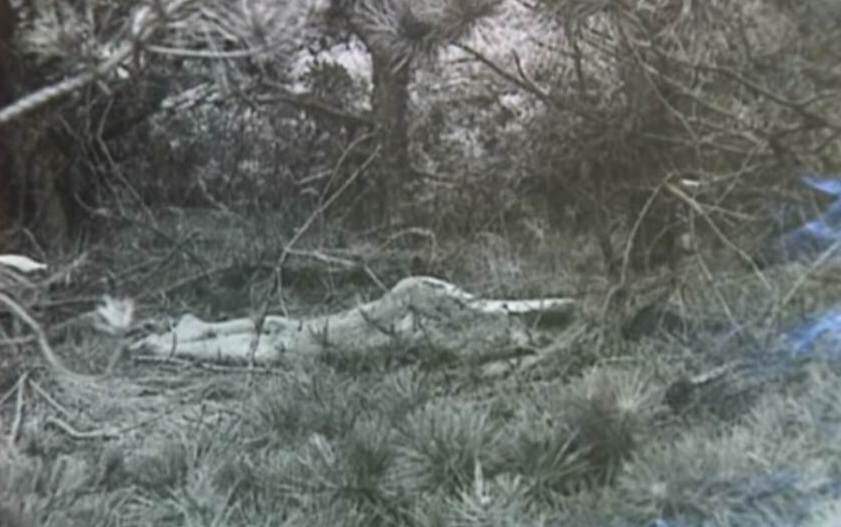 The Lady of the Dunes was lying face-down on one half of a green blanket that appeared undisturbed. Public domain.

About 15 feet from where the victim’s body lay, there were tire tracks. Leading away from the corpse were two sets of footprints. The estimates for time of death ranged from ten days to three weeks.

The Brutal Murder of Elizabeth Short, aka The Black Dahlia

One promising lead broke early in the investigation. Pathologists realized that the victim in Race Point dunes had high-quality dental work worth thousands of dollars done on her remaining teeth. This dental work, classified as ‘New York style,’ did not come cheaply.

The age of the victim was somewhere between 20 and 49. However, a more accurate estimate is 25 to 39. The five-foot six-inch woman had an athletic physique and auburn hair. She may have been asleep at the time of the murder; the blanket under her body was undisturbed. 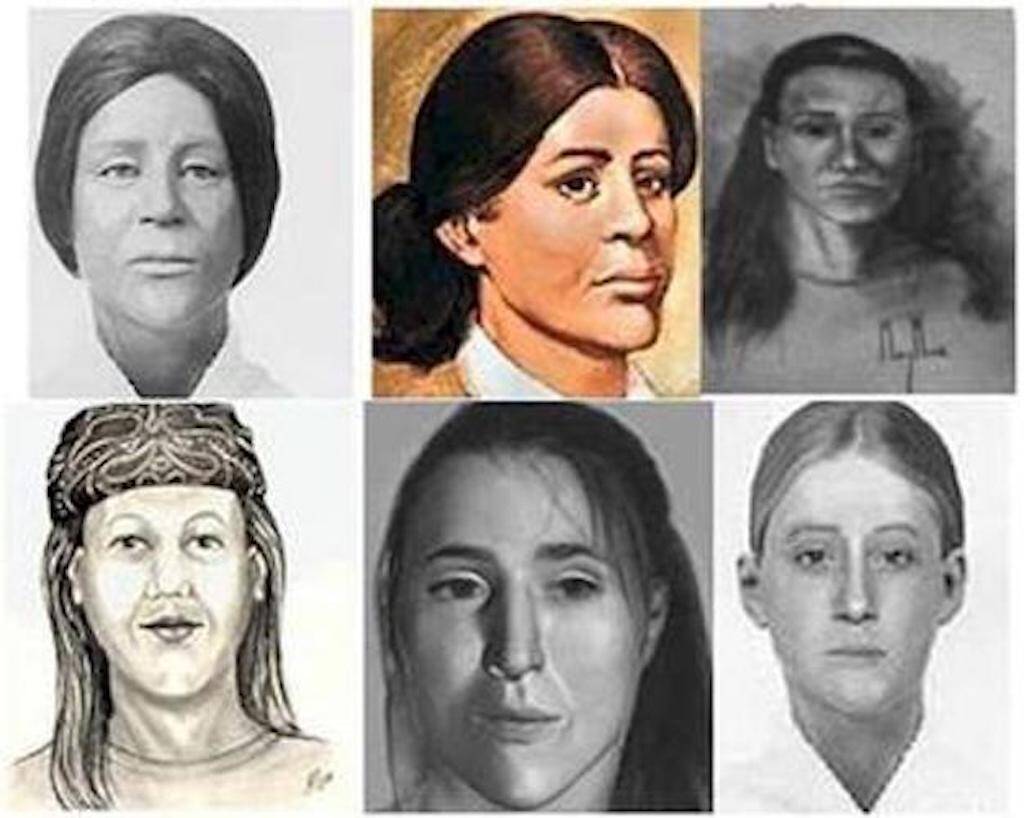 Various composite sketches of the Lady of the Dunes. Fair use.

Investigation Into the Murder

Finding whoever was responsible for the death of this woman would be easier if police could identify the woman. Detectives scoured multitudes of missing person reports in the hope of finding a match. Another line of inquiry centered around professional dentists. An additional team of detectives hunted for the vehicle that left the tire tracks near the scene. While all this took place, police searched the area around the crime scene another time. However, they didn’t find anything.

Who Is the Lady of the Dunes?

Appeals to the public with a sketch of the victim garnered some fresh leads. One woman from Maryland got in touch with detectives regarding her sister that had gone missing. Like the victim, the sister had auburn hair. Both sisters had lost contact with one another when the missing sister moved home to Boston. However, the police never confirmed a match.

Another possibility caught their attention. The year before the gruesome Cape Cod murder, a female bank robber named Rory Gene Kesinger escaped from the Plymouth County Correctional Facility. Kesinger fit the general profile of the victim, and authorities thought she could be Provincetown’s Jane Doe. However, a DNA test from her mother didn’t match that of the victim, and police quickly eliminated Rory.

Was the Lady of the Dunes on Jaws?

One of the most outlandish theories is also the most interesting one. Stephen King’s son, Joe Hill, put forward an idea in 2015. Familiar with the case overall, he was watching the classic film Jaws, when he noticed something that struck a chord halfway through the movie. One of the extras that appeared for a scene shot in Martha’s Vineyard wore a pair of blue jeans and a bandana. As well as similar clothing, this young woman bore a passing resemblance to the victim.

Do you see a resemblance between the Cape Cod victim’s composite image and the Jaws extra?

Jaws began filming in May of 1974, just a couple months before the Cape Cod murder. Provincetown is only a few hours from Martha’s Vineyard. Such an idea might seem far-fetched, but at least one FBI agent has postulated that ‘odder ideas have cracked cold cases.’

Who Killed the Lady of the Dunes?

Although the killer, like the identity of the victim, remains unknown, authorities have considered several men. The primary suspect is notorious mob boss James ‘Whitey’ Bulger, who frequented the area and had been in the company of a woman that looked like the victim. Bulger spent a lot of time at the Crown & Anchor in Provincetown as he engaged in drug and arms deals. He and his cronies tended to erase the identities of their victims by pulling their teeth out.

One woman that Bulger alleged strangled to death turned up in a marshy area at the Neponset River in Eastern Massachusettes. Like the Lady of the Dunes, her teeth were missing. In 2018 a fellow inmate murdered Bulger in prison.

Facial Reconstruction of the Victim

The Lady of the Dunes’ body lies at the St. Peter’s Cemetery, except her head, which law enforcement kept for ongoing criminal investigation. The first facial reconstruction using clay came in 1970. Then in 2010, a high tech scan helped to create another model of her face. 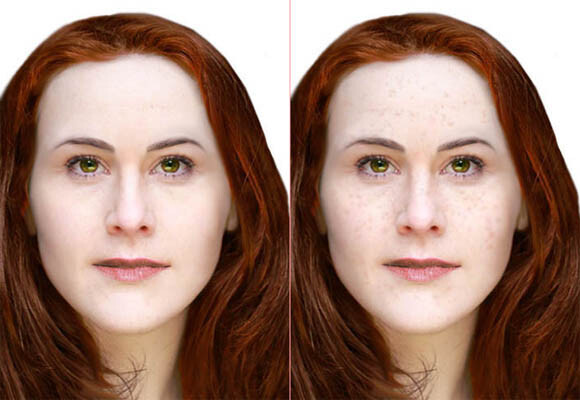 The facial reconstruction of the Lady of the Dunes with and without freckles. Public domain.

Her body was exhumed twice. In 1980, forensic investigators took blood samples from her corpse. However, the evidence did not offer any new information about her murder. Then in 2000, they unearthed her again for DNA testing to see if she could be the offspring of Rory Kesinger’s mother. As noted, she was not.

Use of Genetic Genealogy in the Case

Detectives have not given up hope that they will solve the case someday. In 2019, District Attorney for the Cape and Islands Michael O’Keefe opened up a new investigation for the Lady of the Dunes. He plans to utilize ‘genetic genealogy,’ which is a method in which criminal investigators use genetic databases to find family members of a perpetrator or victim to solve crimes. Evidently, this method helped detectives find suspects for 28 cases in 2018, including the ‘Golden State Killer,’ Joseph James DeAngelo, after a nearly 50-year-old search.

Now, almost 50 years later, the brutal murder of the woman in the dunes still hangs over Provincetown like a dark cloud. This case is “the oldest unidentified dead person in Massachusetts included in the clearinghouse records” (Bragg). Leslie Metcalfe, who found the mutilated woman lying in the stand of pines within the dunes, sadly died of a heroin overdose in 1996. In a podcast by the Cape Cod Times, Leslie’s sister Alyssa, who was ten at the time of the murder, talked about how the case still resonates with Provincetown’s residents:

“There is a connection. I think a lot of people in town feel a connection to this case just because they want to know, Who is this woman? It’s such a mystery.”

The Kidnapping and Murder of the Lindbergh Baby