Legends of Gold Have Been Alive Hundreds of Years

The legend of El Dorado pertains to a lost city of gold, believed to exist somewhere in South America. It is yet to be found, but that hasn’t stopped historians and treasure hunters from searching. Since the legend began in the 1500s, thousands of people have attempted to locate this city of gold in various locations throughout Latin America. Where does the legend of El Dorado come from, and what have these searches uncovered?

For centuries archaeologists, explorers and opportunists have been searching for the legendary city of El Dorado.

The Muisca tribe of central Columbia has existed since 800 AD. For them, El Dorado, “the gilded one,” represented their tribal chief. Research and ancient texts reveal that the El Dorado of Colombia was never originally considered a city of gold at all. Archaeological evidence and Spanish accounts of the stories indicate that during initiation ceremonies their chiefs became covered in gold dust and taken to the center of Lake Guatavita on a raft. Once in the center, he would throw precious items made of gold and gems as an offering to the gods.

Other accounts of the story say that the chief had so much gold, that he would cover himself with gold dust and submerse himself in the lake along with the golden treasure. This would appease the gods, and the Muisca believed a balance and harmony in their environment and within the tribe would be granted. Spanish explorers heard of these stories and were led by their greed. The seductive tale of El Dorado would eventually become generically known as any undiscovered place filled with treasure somewhere in the Americas.

Representation of the “Gilded One” covering his body in gold dust and offering treasures to the goddess in Lake Guatavita. Was this the origin of the legend of El Dorado?

Interestingly, in 1545 gold-hungry Spaniards attempted to drain Lake Guatavita. They removed a significant amount of gold, but could not reach the trove that supposedly existed in the deepest parts of the lake.

In the 1500s many other explorers claimed they found El Dorado. It was once thought that Sir Walter Raleigh had found it at the end of the 1500s. English maps listed it and described it as a location in the north. This location was thought to be significant until the 1800s when Alexander von Humbolt proved otherwise during his own exploration of South America. 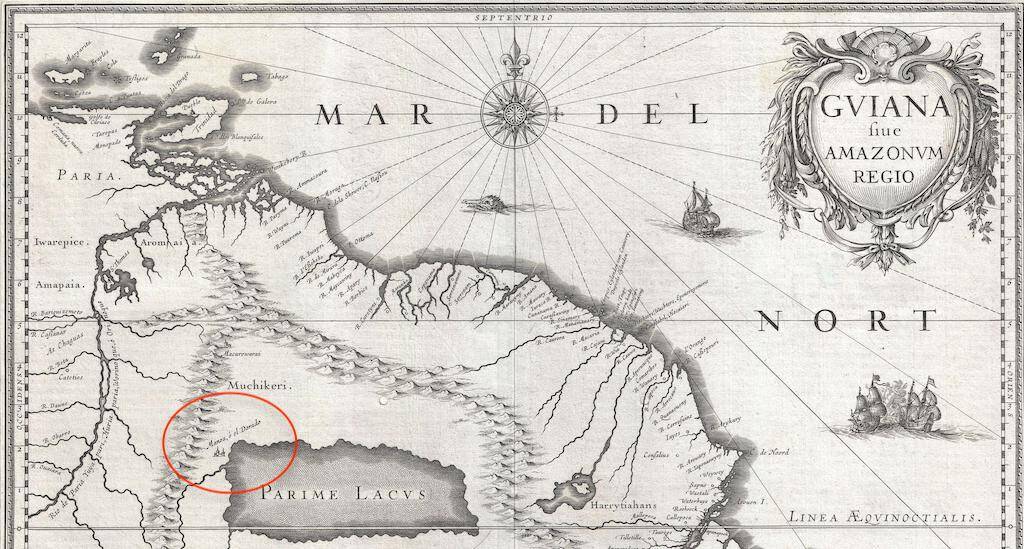 A portion of a 1635 map of northeastern South America. “El Dorado” is circled in red.

Rumors of Other Treasure Troves

The legend of El Dorado originated in Colombia, and it appears we have enough evidence to explain that legend today. However, other rumors of treasure-filled places in Peru exist even now. Hunters still cling to the belief there is an El Dorado in South America. 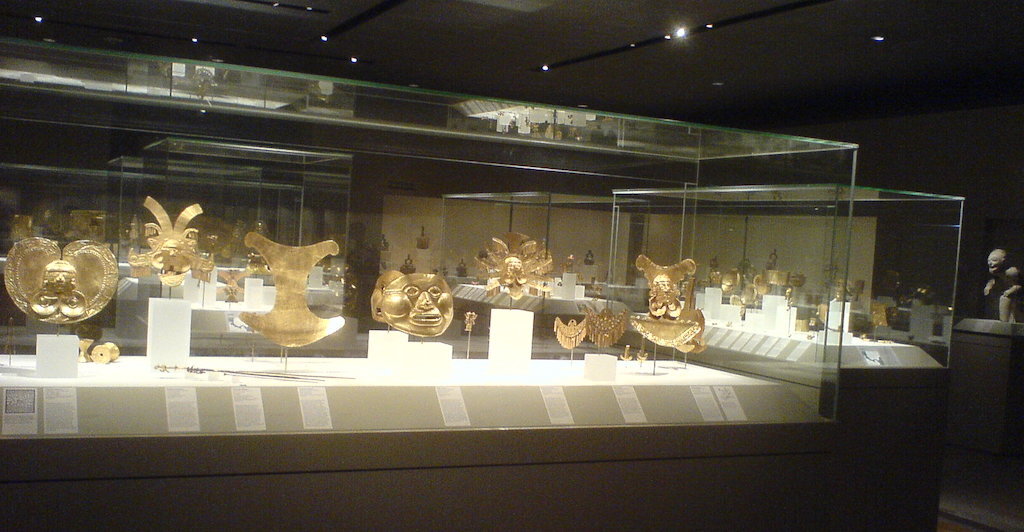 The Peruvian legend describes the sack of Cusco, and how Francisco Pizzaro looted the Incan city of its gold. However, the Incas had months of preparation before Pizarro’s sack to squirrel away their treasures. These treasures included golden mummies of previous Incan leaders. Rumors existed of treasures hidden in the network of ancient mazes that run underneath Peru and Ecuador. When Pizarro sacked Cusco, many artifacts thought to be there were not found. Pizzaro and his men were unable to locate the missing gold, mummies, and artifacts, despite explorations into the Incan tunnels.

One present-day attempt to find El Dorado took place in 2000. The Monastery of Santo Domingo searched for underground Incan tunnels. Nothing concrete was found, but interestingly, radar had revealed what appeared to be an entrance to a large tunnel underneath the Monastery.

Another recent attempt at finding and debunking the myth of El Dorado came in 2001. Italian archaeologist Mario Polia discovered a document dating back to the 1600s describing a city that could be El Dorado It is allegedly located in an area known as Paratoari in Peru. From the air, it seems as though there may be man-made structures there. Also, the discovery of tools in the area suggesting the remains of a civilization. Further voyages into the Paratoari area are difficult due to the terrain, and this makes the hunt for El Dorado too costly. 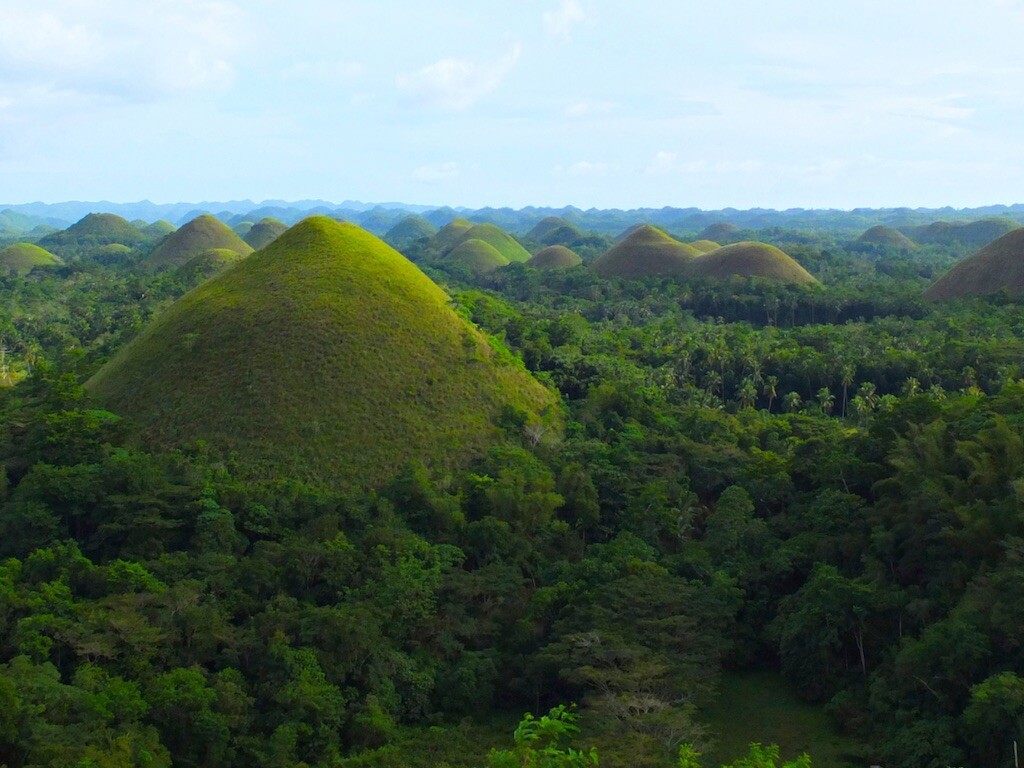 These pyramid-shaped structures at Paratoari.are said to be natural formations. However, skeptics say they are symmetrically spaced and uniform in shape.

Unfortunately, the modern surge in gold hunting has led to mass looting of historical treasures strictly for monetary gain. This is robbing the scientific community and the world of the ability to study the artifacts to discover more about the fascinating ancient cultures that crafted the pieces.

As Dr. Jago Cooper, curator at the British Museum, beautifully put it in his fantastic BBC article, “This El Dorado-inspired looting of gold has meant that the vast majority of precious pre-Columbian gold objects have been melted down and the real value of these artifacts as clues to the workings of an ancient culture have been lost forever.”

Today, El Dorado is still yet to be found anywhere in South America. Time and time again greed has driven treasure hunters far and wide, even to their death in search of it. The loss of cultural artifacts, archaeological knowledge and lives, makes the chase of the El Dorado legend disadvantageous to society. However, dreaming doesn’t cost anything. The romantic dream filled with tales of wealth and cities filled with treasure will always be alive.

Mars and The Great Galactic Ghoul