Deep in the Southwestern United States is Santa Fe, the City of Holy Faith. It was here that in the 1800s seven nuns set up a school for girls, and when it was time, they built a chapel. This is where the legend of the Loretto Chapel staircase began, and ever since, faithful visitors have been flocking to the church to get a peek at the subject of the Santa Fe miracle – the chapel stairs. 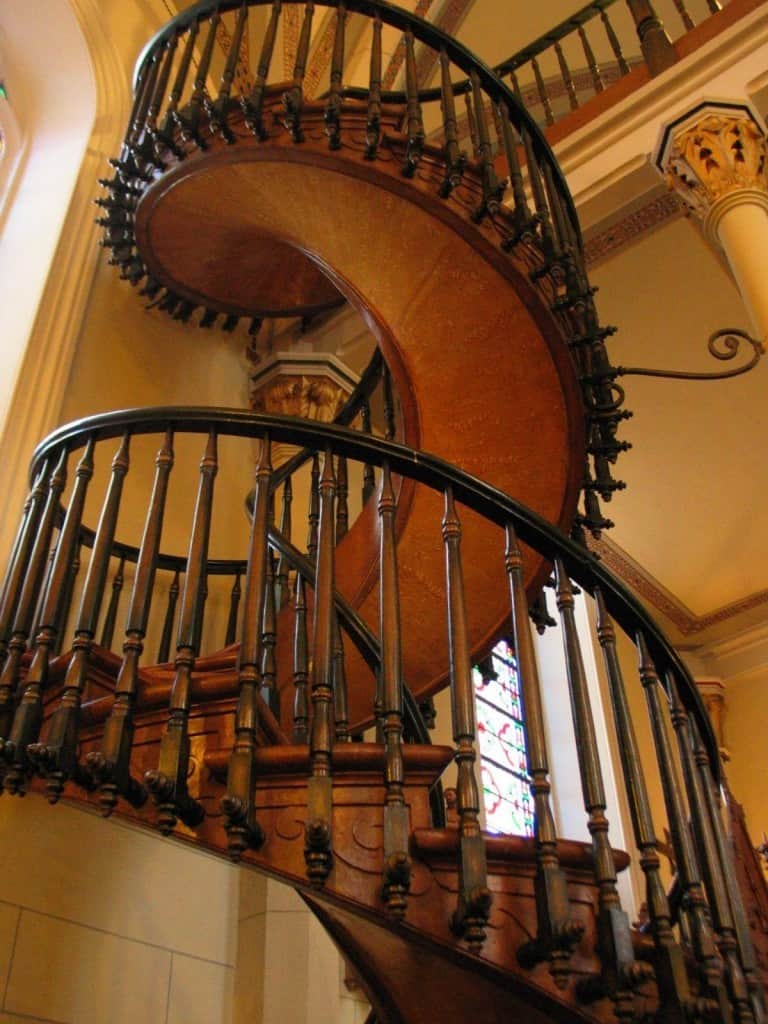 History of the Loretto Chapel

During 1872, the Bishop of the Santa Fe archdiocese was Jean-Baptiste Lamy. French by birth, he was elected as the very first Bishop of the diocese and commissioned and oversaw the construction of a chapel named Our Lady of Light in 1873. A religious order called the Sisters of Loretto would maintain the chapel. 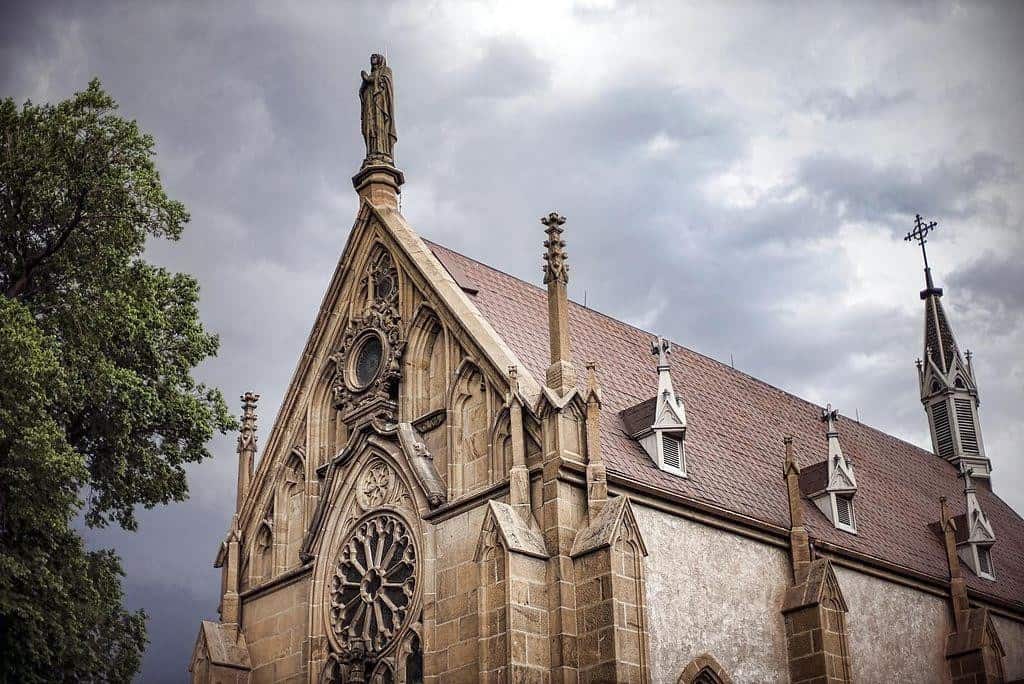 The Loretto Chapel, Santa Fe, was built in a Gothic style by Antoine and Projectus Mouly from Paris. Source: Wikimedia Commons, Christopher Michel. 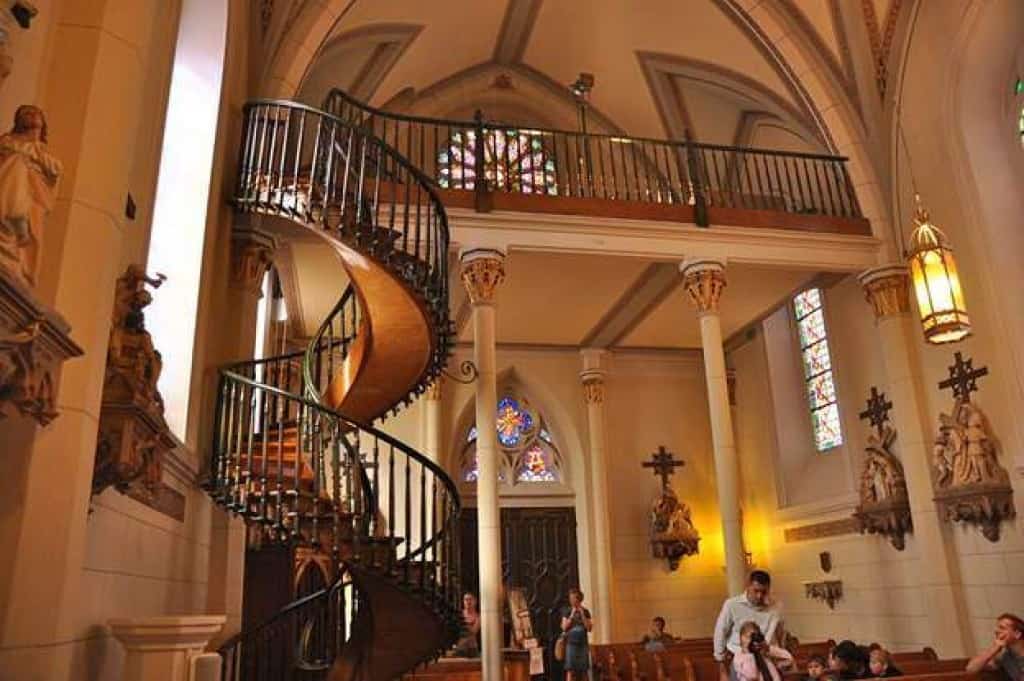 An interior view of the Loretto Chapel and staircase connecting the choir loft. Source: artelis.pl

Constructed in the popular Gothic Revival style, the whole chapel was designed by renowned French architect Antoine Mouly. Unfortunately, Mouly never lived to see the work completed. The structure was sound and almost finished by 1878. The only thing lacking was a means to ascend to the choir loft. The chapel was not the largest sanctuary in the world, so a standard staircase was ruled to be too large to be practical. Other churches and chapels of the same period had ladders as opposed to stairs. However, the Sisters quickly dismissed this idea due to their attire.

Without a way to reach the loft, the chapel would not be able to function properly. While the likely proposals, suggestions, and ideas were being debated by members of the construction industry, the Sisters considered this to be nothing more than a test of their faith.

Legend of the Loretto Chapel Staircase

Sometime around 1880, the entire order began to pray to St. Joseph – the patron saint of carpenters – to help with a solution for the chapel stairs. On the 9th day of prayer, a visitor arrived at their door with his mule and some tools. The first thing the man revealed to the Sisters was that he was a carpenter by trade. He was invited in and discovered the dilemma left behind with the untimely passing of the original architect. The solo workman, unlike many tradesmen that had a look prior to him, said that it was possible to construct a useful staircase to the loft without becoming an eyesore in the available space. The only condition he placed upon the Sisters was that he would have to work in private.

The Sisters were only too pleased to agree to these terms if it meant getting their staircase done. While they used the chapel for their own activities, the carpenter retreated – returning only when the chapel was empty. Some of the Sisters did state they saw wood soaking in tubs they provided for him. Reports made at the time do contradict one another. Some insist that construction was completed quickly, while others reported that it took longer than might have been necessary.

When the spiral staircase was finished, the Sisters were delighted with how it turned out. So much so, that they organized a banquet in honor of the carpenter. This was when he was discovered missing. At no time during his work did he identify himself. He never asked for, nor received, payment for his labor or even supplies. Exactly who this man was is just one of the many mysteries surrounding the Loretto Chapel staircase.

Another mystery is the construction of the Loretto staircase itself. There are no central column or support beams, and it appears that all the weight is self-supported at the base. The craftsman did not use nails or glue; he only used wooden pegs to secure the steps. Additionally, there were no railings. The legend says that some of the nuns were so afraid to descend the 22-foot drop that they would crawl down on their hands and knees. There are only 33 steps, however, the staircase wraps around 360 degrees twice. The number 33 is a significant number, being the age of Jesus at his crucifixion. The Sisters were adamant that it was Joseph himself that came to their rescue. Thus, people have given the stairs the nickname, St. Joseph’s Staircase.

When local trade suppliers were contacted in an effort to track this craftsman down, none of them could help inquiries in any way at all. No bill of sales could be retrieved and the lumber that was used was discovered to be of an unknown type. Whatever the wood that was used, it was not indigenous to the Santa Fe area.

A modern analysis revealed the wood to be spruce, but a variety that nobody was familiar with. It was concluded that the closest possible locale for wood of this type would have been somewhere like Alaska. Why would a Victorian carpenter transport scores of lumber with nothing more than a mule, just on the off-chance that it might be needed to build a staircase thousands of miles away?

Sorting Through the Fact and Fiction

As with all legends, there is some truth and some fiction to the story about the Loretto Chapel Staircase. Mary J. Straw Cook, a historian, researched the Sante Fe stairs for 7 years. She compiled enough evidence about the mysterious carpenter, that she was able to write a book called, “Loretto: The Seven Sisters and Their Santa Fe Chapel,” in 1984. Cook says that she found an entry in the nuns’ daybook dated 1881 which indicated that they had paid a man name Rochas “for wood.”

Cook also found an old newspaper article in The New Mexican that said Mr. Rochas had been shot in the chest in his Dog Canyon home, and that he had been a skilled woodworker who built the impressive Loretto Chapel staircase. According to Cook, Francois-Jean Rochas was a member of a French secret society of highly skilled craftsmen and artisans called the Compagnons, which has existed since the Middle Ages. Cook says that Rochas came to the U.S. specifically to build the Sante Fe staircase and that he had the wood shipped from France. Mr. Rochas is buried at the Our Lady of the Light Catholic Cemetery. 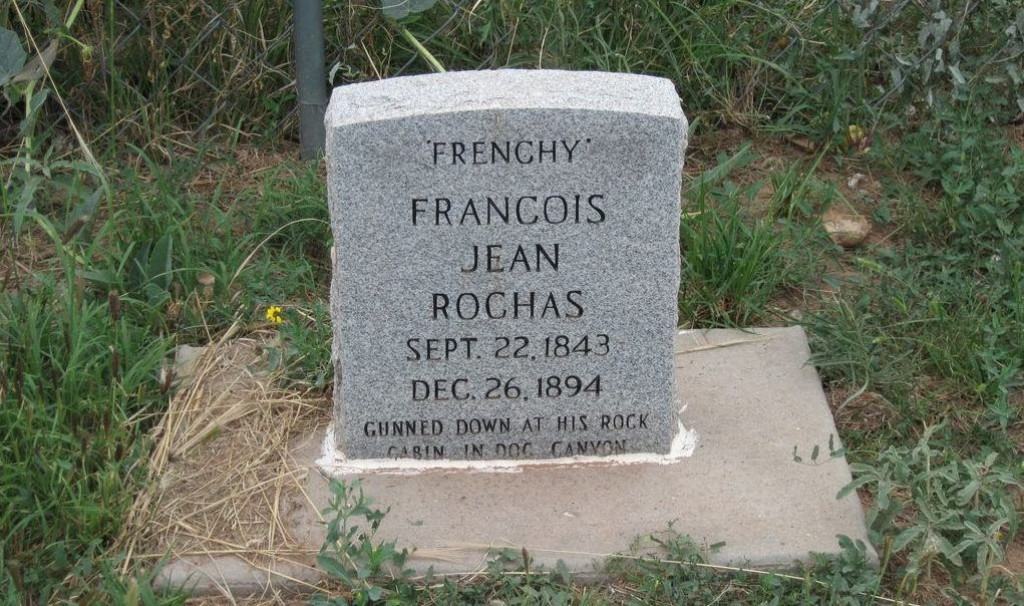 The inspirational legend resulted in the creation of books and a 1998 movie, called The Staircase, starring Barbara Hershey and William Petersen. While some of the legends may have been demystified with information about its supposed builder, many people who have seen the stairs claim this makes it no less of a miracle. Where did the inspiration and knowledge come from to build a stunning staircase that still impresses even the best craftsmen around today?

What cannot be debated is the marvelous work of art that was left behind. It can still be seen today, but the chapel is more of a corporate venue and museum these days. Significant events of a religious nature – such as weddings – can still be conducted there. Most visitors do actually come just to see the Loretto Chapel staircase that some have dubbed as miraculous.

The Sword in the Stone at Monte Siepi Chapel

Pope Joan: Did The Church Elect a Female...