The Man from Taured is a legend that allegedly takes place in July 1954 at the Haneda Airport in Tokyo, Japan. Customs officials stop a man who produces a passport from the country of Taured. Unfamiliar with the country and suspecting criminal activity, the man is detained under guard at a local hotel while an investigation takes place. The following day, the man disappeared. His true identity and how he managed to escape remains a mystery.

The story is likely an urban legend created in the early 1960s. However, it continues to circulate the internet and is the basis of several books and films.

The story begins on one hot July day at the Haneda Airport, Tokyo. The day likely began as just another excessively warm day for the staff at Customs. Hundreds, perhaps thousands of people trotted through the airport without a second glance. That was with the exception of a solitary bearded man. 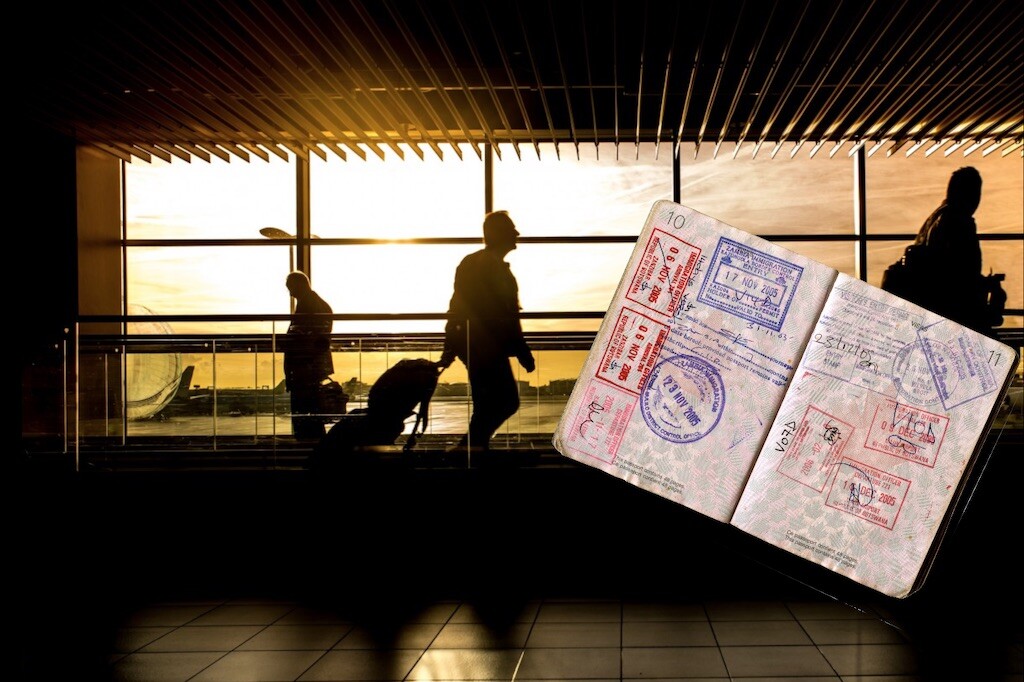 Who was the mystery man from Taured or is this just an elaborate legend?

For reasons that aren’t apparently clear, he became the focus of attention for at least one customs official. Perhaps it was the climate or simple nerves. By all appearances, this man was just another passenger. A smartly dressed businessman is surely just another body to deal with in a busy environment like an airport. In the less security conscious days of 1954, he must have done or said something that garnered extra attention.

When pressed, he stated that this was just another business trip for him, one of several that he had made during the course of the year. His native tongue was French, but Japanese was just one of the numerous languages he was fluent with.

He Says He is From Taured

Concerned about the possibility of facing a trafficker and/or smuggler, officials began to question the man. When asked where he was from, he casually informed officials that he was from Taured. Not familiar with such a place, they pressed for further details. The passenger seemed only too happy to furnish additional data; Taured was a nation situated between France and Spain, which had been in existence for a millennia.

Map showing the location of Andorra.

The simple occurrence of a customs check quickly descended into something resembling a farce, as neither side was willing to accept that the other was being anything other than honest. Just as the customs officials were adamant that no such place existed, the increasing irate passenger was insistent that he was correct. He even produced his passport, issued in Taured, as proof. His previous trips to Japan and elsewhere did appear in his passport as he had claimed. The contents of his wallet contained currency from several European nations. In an effort to remove all confusion and expedite matters for them, customs offered their bizarre passenger the chance to indicate where he was from. He pointed to the country we know as Andorra on a map.

Detained and Investigation Proves He is Lying

Faced with the choice of what to do next, customs were at a loss. Nothing like this had happened before, at least not to them. The only real course of action was to investigate the matter further. To do so, they invited the man to spend the night at a local hotel while their inquiries took place. He agreed. As a precaution, a pair of armed guards were stationed outside his hotel room. Japanese customs still had no idea if this man was who he claimed to be. The hotel he originally booked a room at had no knowledge of a reservation in his name. The company he was due to meet had no idea who the man was or even the company he said he represented. The bank that issued his cheque-book couldn’t be found anywhere either.

Convinced that they had caught a criminal in an act that he was yet to perpetrate, customs ordered the passenger’s return for further questioning. However, when his hotel room was opened, no trace of the man could be found. Of the two ways out of his room, the lack of a balcony and a recognized escape attempt ruled out the window. Neither guard noticed movement within the room either and the door was certainly not opened all night long. Stranger still, all of the man’s personal documents, such as his cheque-book, passport and driver’s license had also disappeared from within the airport security room.

From that day to this, the Man from Taured was never heard from again.