Sealand Skull: Horse, Hoax or Something Else?

The story of the Sealand Skull is quite a recent one. The skull was only discovered in July of 2007 in the small town of Olstykke on the Danish island of Sealand. The man who discovered it was a contractor who was hired to replace aging sewer pipes on the property.

The initial discovery was taken with a pinch of salt and somehow considered to be the skull of a horse. A former owner of the property was actually a horse butcher and equine bones were known to have been buried in the rear garden. It was only after the skull was cleaned off did they realize the potential significance of this find. The coverage of the find was minimal at first, just a few lines in the local press. Regardless of the actual validity of the skull,  little notice was given.

Examination of the Sealand Skull

The first serious study conducted was only attempted in 2010. Scientists at the College of Veterinary Medicine took a closer look at the skull. Unfortunately, they could not solve the mystery of the skull to theirs – or anyone’s – satisfaction. They couldn’t even decide what species the skull belonged to. They did arrive at one definite conclusion. While resembling a mammal, it could not fit into the Linnean Taxonomy because of “certain characteristics”.

Although resembling a mammal, certain features make it impossible to fit the animal into Linnaean taxonomy.

Unable to make any additional headway, the Niels Bohr Institute in Copenhagen obtained the skull for examination. Like their Veterinarian counterparts, scientists here were unable to provide details surrounding the skull but did make one crucial discovery. But, carbon dating tests revealed that the skull was almost a thousand years old. The being lived between 1200 and 1280 AD. Some suggest that alone ought to rule out any potential hoax as a possibility in regards to authenticity.

Further excavations of the site revealed no additional finds which raises an interesting question: where is the remainder of the skeleton?

The Mystery of Elongated Skulls

Maybe a clue can be found in the discovery of the skull itself. According to rumors, it was actually found above the pipes. Maybe whoever left the skull did so within the last decade or two. Perhaps the skull, along with the yet undiscovered skeleton, was stored in other places.

Local residents from generations ago mention a Neolithic clan calling themselves L’Ordre Lux P Pégasos or the Order of Pegasus Light. These people were said to have been guardians of several items of significance, including a mysterious cranium.

However, not much is known about this order. But, it was known to have been founded in 1350 and rumored members included notable names such as Shakespeare, H.G. Wells, and Thomas Jefferson. 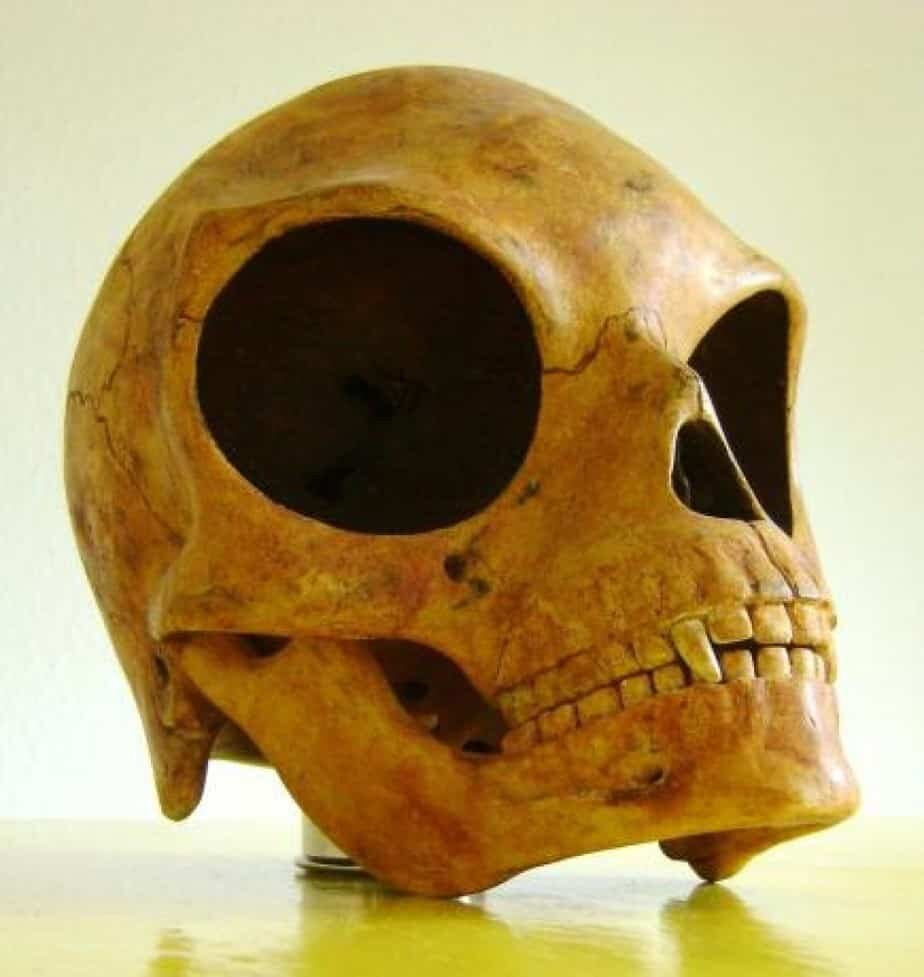 Locals suggest the skull originated in the Balkans but was stored in Paris, France, and Munich, Germany before arriving in Olstykke.

Comparing the Sealand Skull to an average human skull, several differences immediately leap out. Aside from being substantially larger, the Sealand Skull has larger, deeper set eye sockets and has a more rounded orbital shape to them. The sockets are also wider than a human and seem less centered. Its nostrils are smaller by comparison and the creature’s chin is a narrow one. Moreover, the Sealand Skull surface appears smooth to the touch and may indicate an adaptation to a colder environment. It may have also have had nocturnal inclinations.

If the remainder of the skeleton is located it could answer many questions.. or create many more. Meanwhile, theories are far-ranging. Some suggest it is evidence of an undiscovered species. Others theorize it is actually the skull of an extraterrestrial entity that passed away a millennia ago. However, the leading theory suggests this is a skull of a horse. Further tests need to be done before we can know for sure.