The history and purpose of the Carnac stones are a mystery.

The Carnac stones are megalithic monuments located in northwestern France next to the Gulf of Morbihan in the Carnac, Brittany district. Dating from the Neolithic period, the stones number more than 3000, making this the largest concentration of prehistoric hand-hewn rocks in the world. Megaliths in large rows dot the countryside, while other structures are in the form of dolmen tombs, burial mounds or tumuli, and individually standing menhirs. Ancient people erected the stones over thousands of years. However, the oldest examples may date as far back as 4500 BCE. 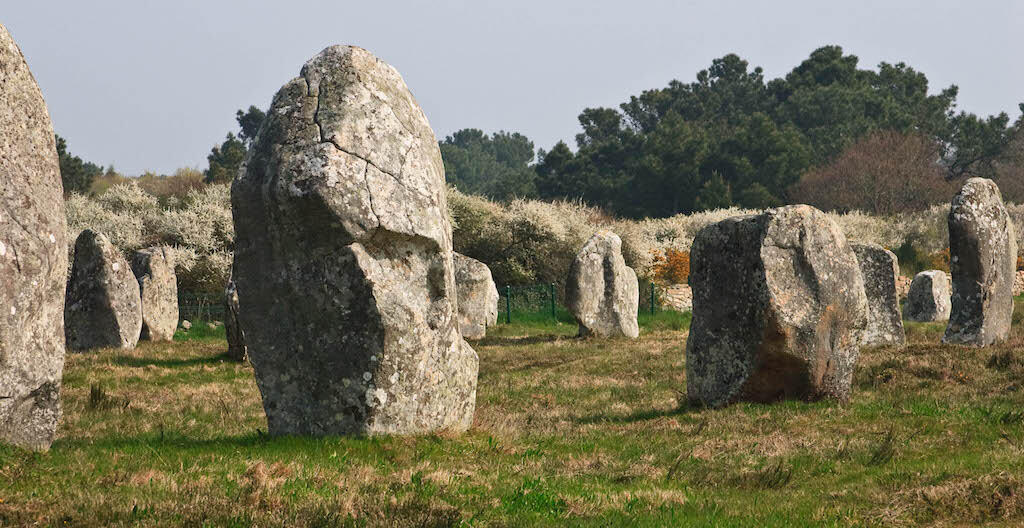 What Was the Purpose of the Carnac Stones?

Early settlers seem to have created various stone sites for different functions. Perhaps they were burial sites or religious gathering places or possible astronomical markers. Additionally, some researchers will claim that certain stones within a site align with the sunrise on a solstice or equinox or some similar calendar function. Others disagree.

Of the sites throughout Europe, the stones near Carnac are among the most peculiar. Some stones stand in patterns and some stones scatter randomly across the countryside. Unlike Stonehenge, where part of the mystery is that the giant stones came from hundreds of miles away, the Carnac stones derived from the local areas surrounding the site. 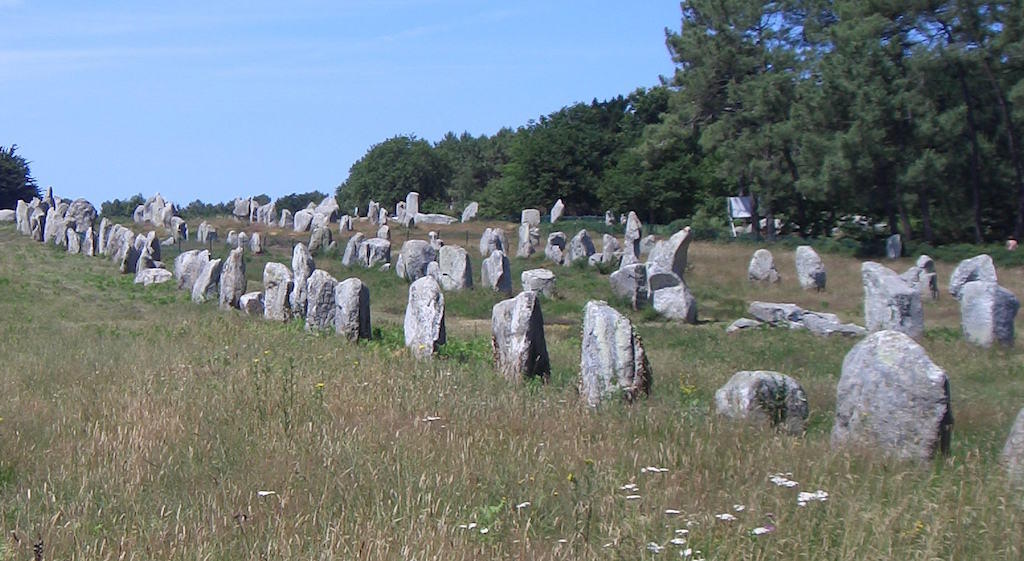 Apparently, builders did not set up the Carnac stones for the same purpose. There are stone circles, rows of stones aligned perfectly, and even mausoleums with roofs made entirely of large stones. It is hard to fix a precise date as to when the Carnac stones were erected. Early settlers periodically placed the stones between 5000 and 3000 BCE.

Theories About the Site

Tales of the origins of the stones range from the fanciful (Merlin, Arthur’s magician, turned an invading Roman army to stone) to the somewhat more realistic (druid religious sites or earthquake predictors).

“That the larger structures are examples of ancient burial architecture seems certain but these buildings may have also served as territorial markers. The structures could also have had a secondary purpose as a symbol and reinforcement of a group identity.” 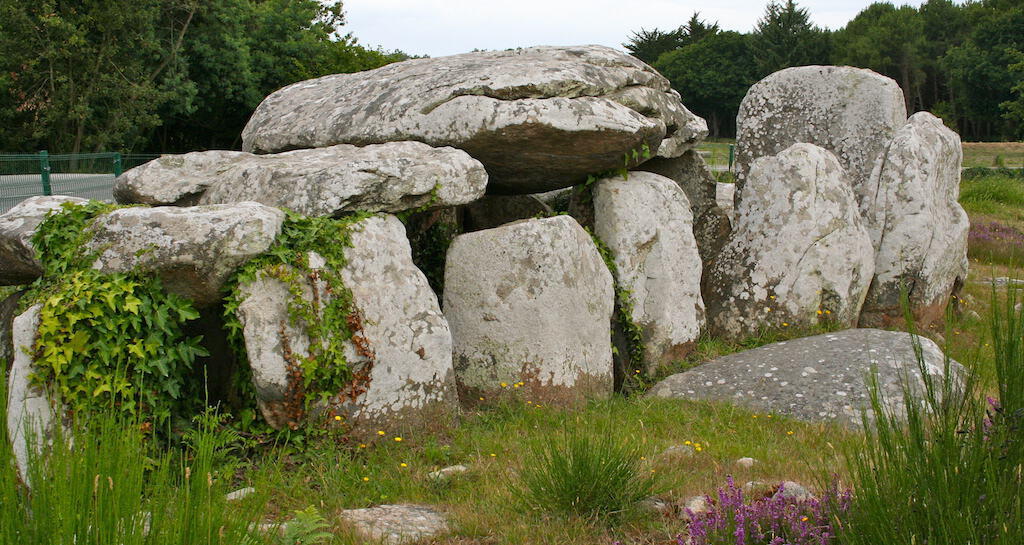 Kermario Dolmen at Carnac was built as a burial tomb and would have originally been covered by a mound of earth. CC2.0, Christine und Hagen Graf.

Sadly, not all members of the local population have respected the Carnac site. People have moved stones from their original locations to use them as building materials for nearby houses and other buildings. Someone built a lighthouse with about 50 of the stones. Also, farmers have moved the stones to keep archaeologists away from their farms.

But, as with other megalith sites, not everyone can agree on the original function of the giant stones. Unfortunately, we may never be able to solve the mystery of the Carnac stones.