The RMS Titanic sank at approximately 0215 hours on 15 April 1912. Since this fateful event, a number of people have suggested that it wasn’t the Titanic that sank in the North Atlantic, but her sister ship, the Olympic. Their registries were changed as an insurance scam stemming from a collision RMS Olympic suffered a year before which caused extensive and costly damage to the hull. Here are the facts concerning the RMS Olympic and Titanic Conspiracy Theory.

The magnificent RMS Titanic was part of a trio of Olympic-class luxury passenger liners set to rule the waves. Titanic’s older and youngster ‘sisters’ included the RMS Olympic and HMHS Britannic respectively. All three were the brainchildren of operators White Star Line. Shipbuilders Harland and Wolff, of Belfast in Northern Ireland, were commissioned to construct these behemoths. 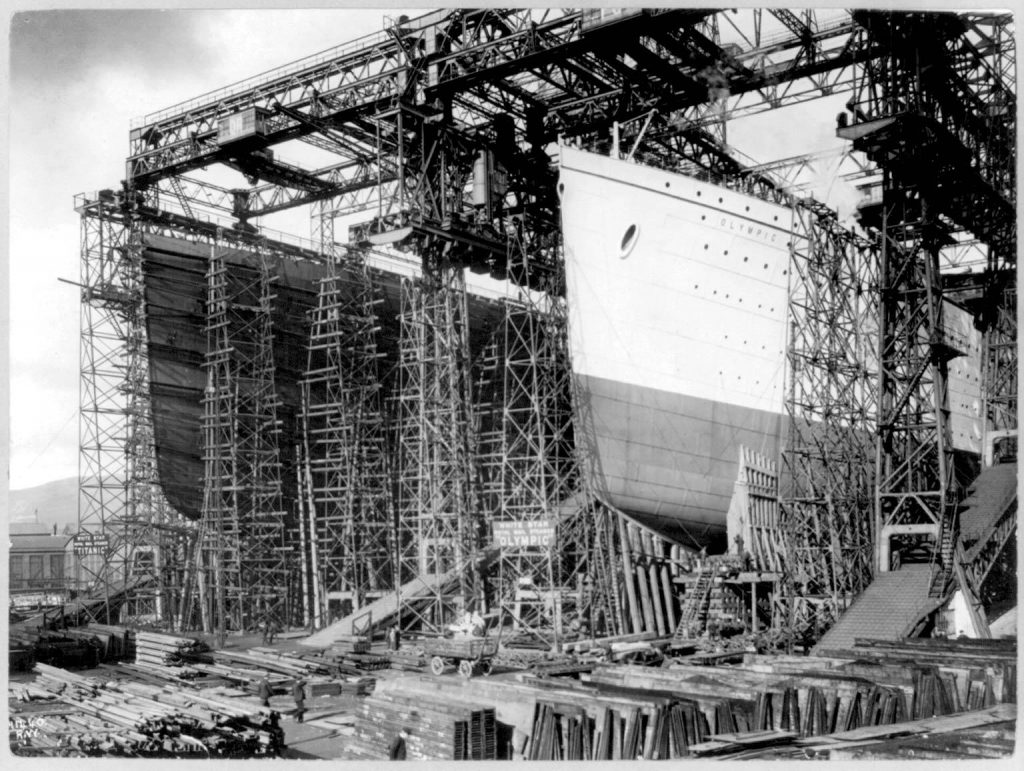 Work on the Titanic began on 31 March 1909, roughly 15 weeks after the Olympic’s hull was laid down. Construction on both ships occurred simultaneously alongside one another in identical styles: two massive floating box girders with the keel acting as the backbone. Construction took in excess of two years to complete. 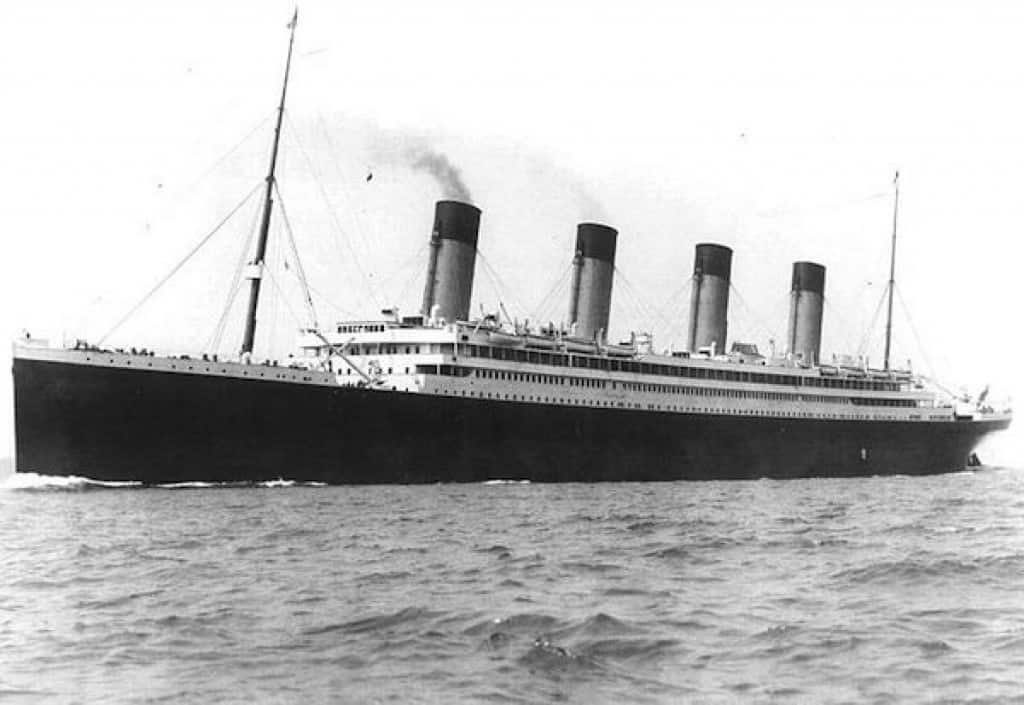 Was it the RMS Olympic which actually sank in 1912?

Titanic’s first and final voyage began in Southampton on 10 April 1912. Under the command of Captain Edward Smith, the Titanic made a pair of stops – at Cherbourg in France and Queenstown in the Republic of Ireland – before heading out across the Atlantic Ocean. Five days after leaving port, and approximately 300 miles off the Newfoundland coast, 1,500 souls went down with the ship. These included 685 of the 899 crew members on board (77%) and the Naval Architect who designed the Titanic, Thomas Andrews.

Collision of the RMS Olympic

RMS Olympic set sail from Southampton on 20 September 1911 and within an hour was involved in a collision with the HMS Hawke just off the coast of the Isle of Wight. Captain Edward Smith, in command of the RMS Olympic, ordered a turn in the Solent, which caught the Commander of the HMS Hawke off-guard. Both ships ran into one another.

Olympic managed to head back to Southampton for repairs under her own steam without any major injury or fatality aboard. But it is exactly this collision that is at the center of people’s belief that the Olympic and Titanic were switched. The White Star Line discovered that the damage to the RMS Olympic was more extensive than initially believed, and an insurance scam of epic proportions was put into action.

It has been suggested that while both RMS Titanic and RMS Olympic were in dry dock together in Belfast, both ship registries were switched and that it was the RMS Olympic, not the Titanic, that set off for New York on 10 April. Was it possible that Capt. Smith deliberately scuttled his own ship at the behest of the White Star Line? 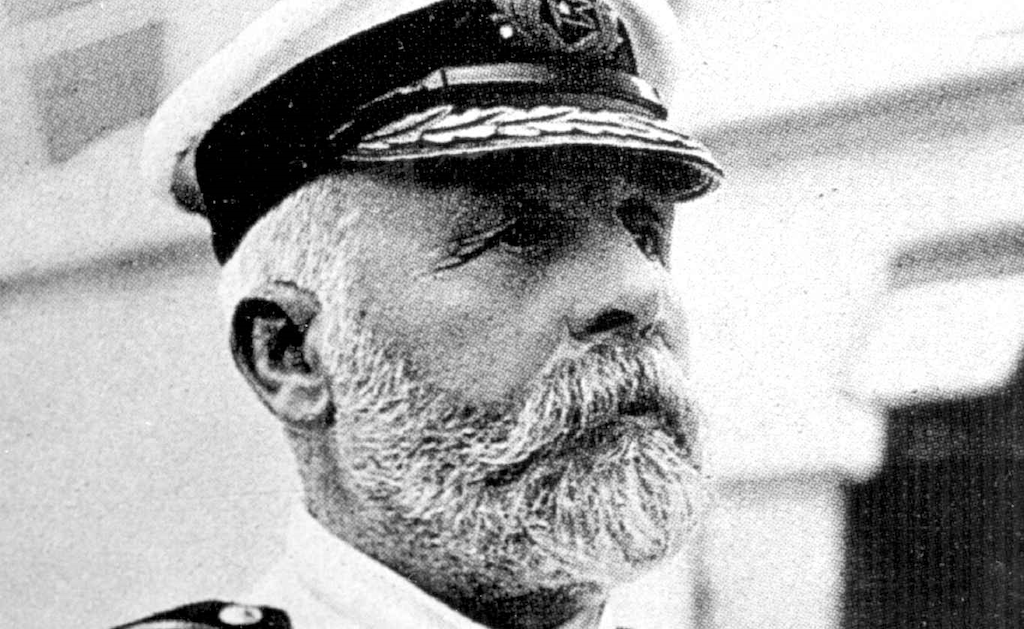 Did Captain Edward Smith play a role in the RMS Olympic and Titanic Conspiracy Theory?

Supporters of the RMS Titanic Conspiracy Theory tend to assume that Edward Smith was a poor choice of Captain for the Titanic, or at least believed there were better candidates for the job. There is some decent circumstantial evidence that could support this idea.

It is a standard maritime practice that ships have to undergo a procedure known as sea trials. According to records, the RMS Olympic’s trials lasted two complete days with full speed maneuvers, while the RMS Titanic’s trial lasted less than a day and never reached the same scale. Was this broken keel unable to meet the demands of full speed maneuvers and only half speed trials were registered?

A Scam With Deadly Consequences

Did Ismay and Morgan plan the greatest insurance scam of all time? The RMS Olympic and Titanic Conspiracy Theory does have merits in plausibility.  But something clearly went wrong with the idea. When the Titanic hit the iceberg, the nearest aid was over 2 hours away. There should have been another ship waiting to save Titanic’s passengers. But the course corrections made steered the Titanic far from its position. Some even go as far as to say that the doomed ship didn’t hit an iceberg at all, but struck the relief ship that was there purely to aid the passengers.