Home » Archaeology » Where is Noah’s Ark? A Chronology of Searches
Archaeology

Where is Noah’s Ark? A Chronology of Searches

According to the Bible, Noah’s Ark was a ship that Noah built at God’s behest. The humans of the world had grown so “sinful” that God felt it necessary to kill all of them, save two. He told the least sinful man in the world-Noah-to build a boat and to lead two individuals from each species in the world on it. He then flooded the entire Earth, killing everything but the creatures aboard the ship. When the flood subsided, the ship was on a mountain. For several thousand years, people have been trying to discover just where is Noah’s Ark.

An official road sign near Doğubeyazıt in Turkey with the words Nuhun Gemisi (“Noah’s ship”) pointing the way to the Durupınar site and away from Mount Ararat. Image: Aaboelela View author information CC BY-SA 3.0

Some say that the bible points to Mount Ararat in Turkey as where it finally settled. Others believe that the bible clearly places it in Iran. Others opined that Noah’s Ark either never existed or would have wasted away a long time ago. Therefore, it is impossible to find, regardless. Believers have been searching for the Ark for hundreds of years and have turned up mixed results.

Does the Bible State Where is Noah’s Ark?

The book of Genesis in the Torah isn’t clear on the point. It says Noah’s Ark settled in “the mountains of Ararat,” a phrase that is under much debate even today. A single mountain is not specified, leading to the proposing over time of different mountains in Iran, Iraq, Turkey, or Armenia.

It might seem that the mountain bearing the name “Mount Ararat” would be the logical choice, but it seems that peak was first given that name in roughly the 10th century C.E. 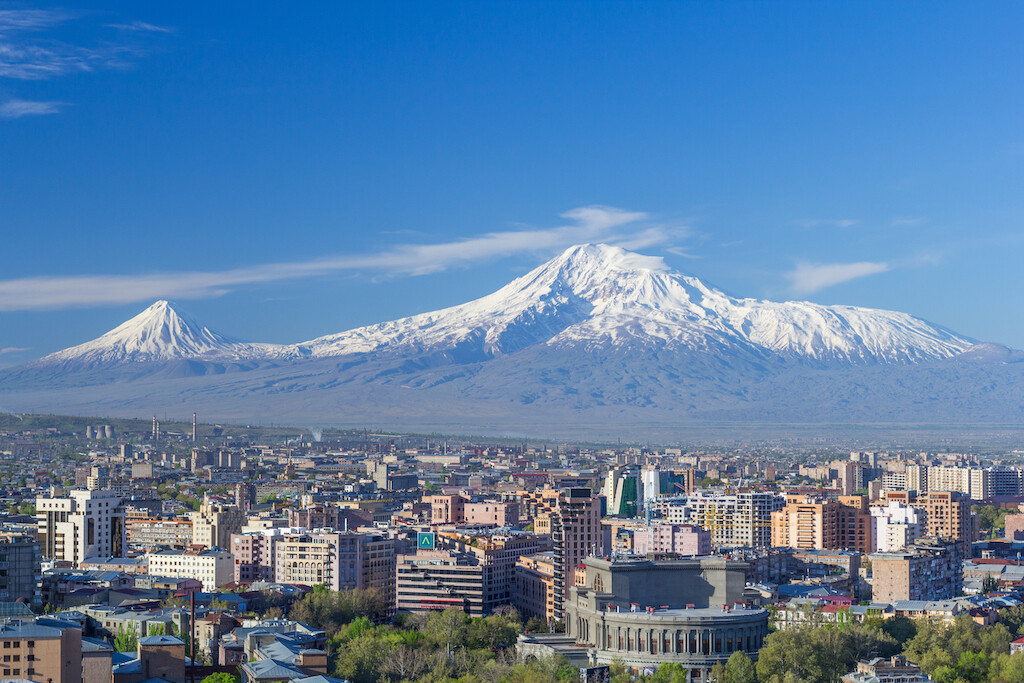 A view of Mount Ararat from Yerevan, Armenia in spring. Image: Serouj Ourishian

Its possible location was noted throughout history. For example, although he never visited it, Marco Polo wrote in the 13th century that the Ark was located on a mountain in “Greater Armenia.”

In 1970, an Armenian named Georgie Hagopian told people who were searching for Noah’s Ark that he had seen it on Mount Ararat. He claimed that he had been to see it twice when he was a boy. Once in 1908 and once in 1910. His uncle, who presumably knew the Ark’s location, guided his discovery of Noah’s Ark.

Georgie Hagopian described the vessel as “long and rectangular.” He said it sat on the edge of a cliff, atop a bluish-green rock. According to Georgie, the bottom of the boat was flat and the top was nearly flat. He said that the wood was like stone, suggesting that it had been petrified, a process that scientists say take millions, not thousands of years. Georgie’s claims have never been substantiated.

A few years later, in 1916, one Lieutenant Roskovitsky of the Russian Imperial Air Force supposedly spotted the ark while flying over Mt. Ararat. His flight was soon followed by exploratory trips to the ark and specific details and measurements were taken. The reports of these activities were lost or suppressed in the wake of the Russian Revolution. Several decades later, in 1939, Roskovitsky recalled in a magazine interview going into the ark and finding large rooms and small cages.

James Irwin is one of the few men who have walked on the moon.  In the 1980s, he became one of the many men who have wasted years in search of Noah’s Ark. He believed that it was out there, waiting to be found. However, he never found it.

Where Were Sodom and Gomorrah

George Jammal was featured in the CBS documentary “The Incredible Discovery of Noah’s Ark.” In it, he showed the audience a piece of wood that he claimed he took from the ark when he found it. He said “This piece of wood is so precious . . . and a gift from God.”

George claimed that he found Noah’s Ark on Mount Ararat in 1984. He said that he and his friend Vladimir were climbing the mountain when they came across the ark. He apparently saw the pens in which the animals had been kept when he climbed inside the structure and took a piece of wood from it.

George claimed that his friend Vladimir was taking pictures of the ship when he fell and was swept away by an avalanche. He was killed and the camera lost with him.

Later, it was found that George Jammal was an actor who had been lying about his discovery. Vladimir never existed. The piece of wood was perfectly ordinary.

In April of 2004, Daniel McGivern announced that he would be getting ready to fund an expedition to search for Noah’s Ark. He claimed that he was going to prove to the world that the ark exists. He pompously said that his expedition would be “the greatest event since the resurrection of Christ.”

McGivern was supposedly armed with satellite images of Noah’s Ark at roughly 15,000 feet on Mount Ararat. However, predictably, the Turkish government denied him access to the mountain, which resides in a military zone.

Interestingly, Daniel chose Ahmet Ali Aislan to lead his expedition. Ahmet was one of the men involved in the infamous “The Incredible Discovery of Noah’s Ark” documentary. He is also suspected of forging pictures of the alleged vessel.

Bob Cornuke is a former police officer and SWAT team member. He is also one of the most familiar faces in Archaeology. In 2006, he found something on Mount Suleiman in Iran that he claims could be the Ark. At first, it looked like a boat-shaped rock at 13,000 feet. However, he and his team supposedly discovered that it was indeed a wooden structure. Cornuke has said that he cannot say for sure that his discovery is the biblical ark. 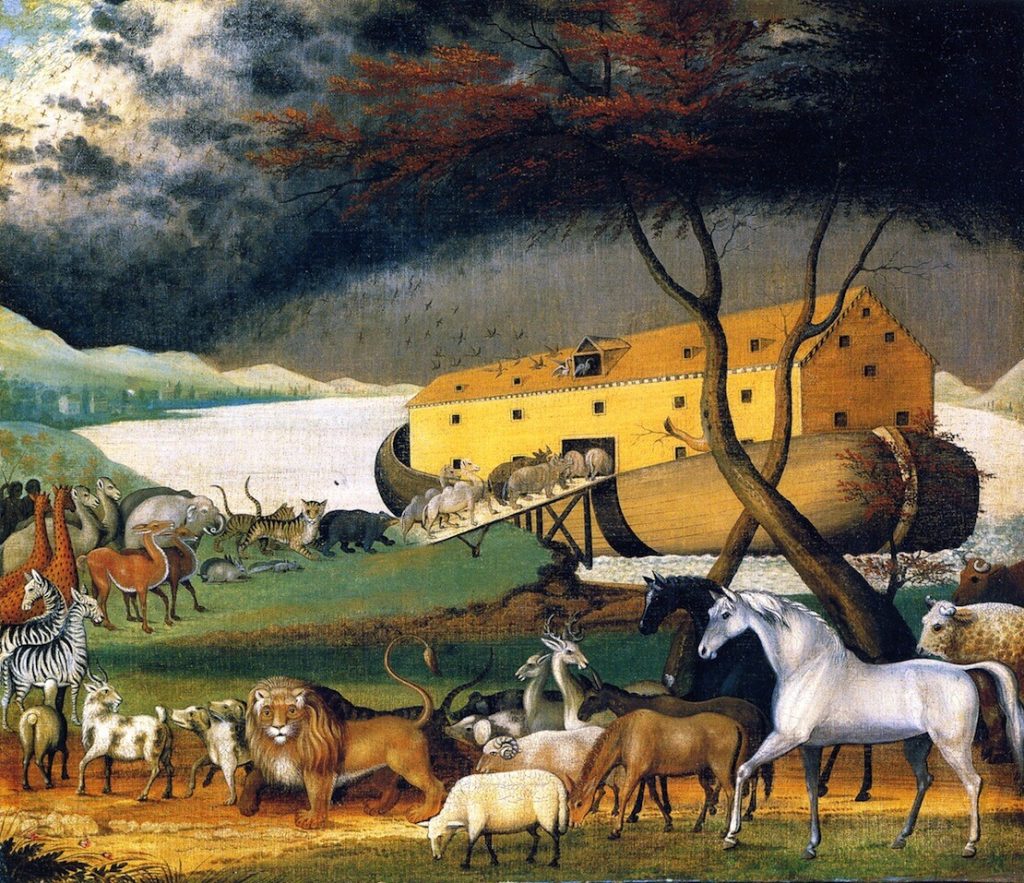 A group of evangelical Christians with Noah’s Ark Ministries International claim that they are 99.99 percent sure that they found the biblical vessel on Mount Ararat in April of 2010. Several experts, including Creationists and Noah’s Ark buffs have said that they believe the members of NAMI have been tricked by locals. With very little photographic evidence and no scientific evidence to back up the claim, we are left to assume that this is just another bunk discovery.

Did the Ark Really Exist?

Noah’s Ark may or may not have existed. That is a hard thing to prove either way. The flood seems unlikely, given scientific evidence, but the debate rages on. The likelihood that it will ever be found is slim, despite avid searches for it. The fact of the matter is that wood which is thousands of years old will not be preserved. Furthermore, it seems unlikely that a ship, thousands of years old, would remain intact for explorers to see plainly, without eroding.

These varied sightings of a ship that can only be in one place have been lamented by archaeologists. Professor Paul Zimansky of Stony Brook University  has stated:

I don’t know of any expedition that ever went looking for the ark and didn’t find it (wherever they hoped it would be.

It should also be noted that Noah’s story is not unique in the cultures of the world. Similar flood stories are found in the mythologies of Babylonia, Greece, Rome, and Celtic civilizations. Partially because of this, some scholars think Noah’s tale is an allegory and is not to be taken literally.

Great Flood of China: Bringing a Legend to Life

But people will undoubtedly continue to search for this sacred relic and searches are no doubt being organized as we speak.