Railways are much more historical than people tend to think. The earliest known evidence we have is about the 6-kilometer Diolkos Wagonway, which was designed to transport boats across the Corinth Isthmus in Greece during the 6th century BC. The cars were all pushed by slaves and were steered by grooves carved into the limestone. The more modern railway first began in the early 19th century. From such humble beginnings, the worldwide railway system has developed into an essential mode of transportation. But some rail systems are more unusual than others. This article brings you 5 strange trains and tracks that defy belief. 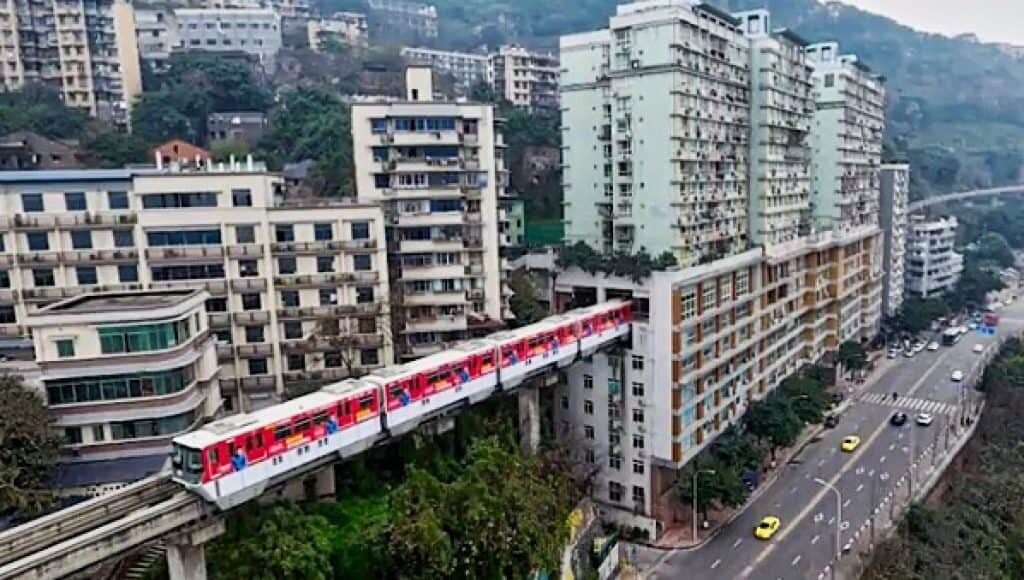 One of the most populated cities in the most populated nations on Earth is Chongqing, China. Architects and town planners had a unique problem during construction of a monorail. In the way was a 19 story apartment block. There were just two options open to the Rail Transit No. 2: demolish the entire block or remove two floors and use the space for a dedicated tunnel. In the 13 years since the tunnel was created, town officials still believe they made the right choice. This train literally runs straight through a block of apartment buildings.

First Photograph and Other Milestone Images

Routing this monorail had many problems most cannot or will not appreciate. Chongqing is surrounded by hills and mountains. Inside city limits is hardly beneficial for new construction and development. With 49 million citizens and an already intense infrastructure in place, running a train through the middle of an existing apartment block was really the only decision that could have been made. It does set Chongqing apart from most other railway systems in the world. Most, but not all. These strange trains in Hanoi run right down the middle of tight merchant alleys. Source: Google Plus.

One word comes to mind when looking at this strange train track. Tight. One of the primary concerns with the development and planning of any railway system in the world is safety. Not just for the tracks, rolling stock or passengers, but also for non-passengers. An example of this consideration would be fencing at bridges, etc. On the face of it, this strange train in Hanoi has either abandoned or completely disregarded such safety measures. This line has found itself heading directly down the middle of a narrow city street. Any time a train approaches, the busy street comes to a complete standstill until the train passes by. Shops close and the people have to move out of its way. When no train is due, the people virtually ignore the train tracks and some even pose for photos on top of them. 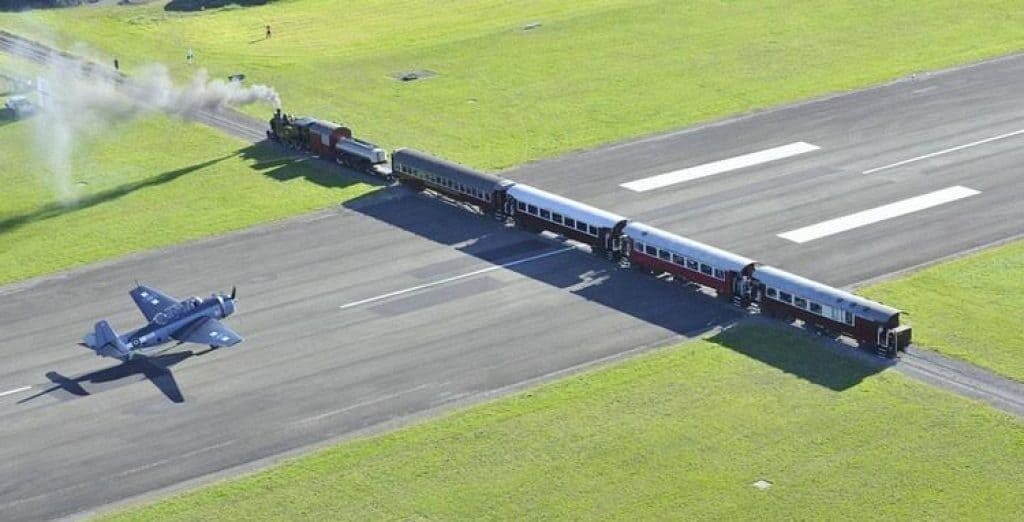 Airplane waiting for a train to cross the runway at Gisborne Airport, New Zealand. Source: Youtube

Routing a railway line through the middle of a busy street is one thing, but what about through an airport? On the eastern coast of New Zealand’s North Island is Gisborne Airport. It is an undersized airport and covers 160 hectares. It has one major claim to fame as a train line runs right across the main runway. Not many trains have to get permission from Air Traffic Controllers in order to continue on their journey, but the Palmerston North – Gisborne Railway Line does. The airport only operates between 6:30 am and 8:30 pm and outside of these times, trains can travel as they see fit. 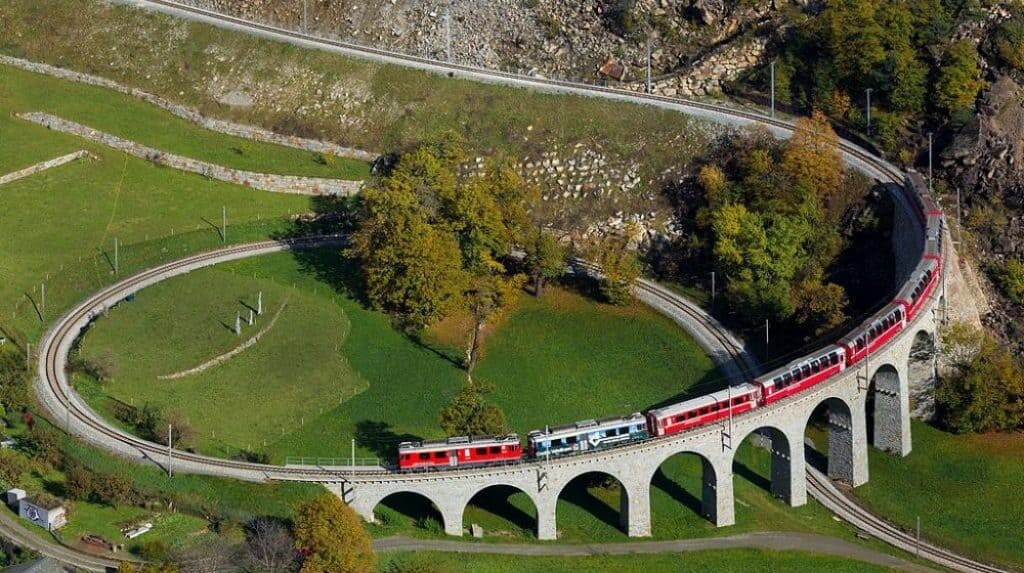 The Brusio Viaduct is one of the world’s strange trains. Source: Wikimedia Commons, Dave Gubler.

One of the most famous trains in the entire world has to be the Orient Express. Mainland Europe also has railways that are known for other weird reasons as well. Among these is the Brusio Viaduct in the Canton region of Graubünden in Switzerland. This is a spiral viaduct that was constructed at the turn of the last century to permit trains to gain as much elevation in a short distance. The 110-meter long structure has a horizontal radius of curvature of 70 meters and has a longitudinal slope of 7%. A train exiting the viaduct does so at a height 20 meters above the height at which it would enter.

The Denton Flyer, as it has become known, is among the most unique of all train services. Situated between the stations of Stalybridge and Stockport, Denton is a station that is served by the train. The Flyer is actually the only train that will service the station at all – and even then, only if someone requests it to stop. Passengers that miss the service do so only at their own peril. In addition to being the only train to serve the station, it only does this each and every single Friday morning at 10:15 local time. Departure times are almost 170 hours apart.

Existing railways and rolling stock are not the only strange trains of rail travel. In 2015, China unveiled plans to construct a 125-mile tunnel that will link the United States to mainland China via Siberia over the Bering Strait. Assuming that China ever constructs this tunnel, the trip will measure a staggering 8000 miles in length. Travel over several international time zones would extend a typical journey time to approximately 24 hours.