Wars tend to bring out the best and worst in people and both the British prime minister and King George were no exceptions. In their own way, they made the difference between success and failure of World War II. Winston Churchill was in his 60’s and had led a relative lackluster life prior to his taking the helm in the early days of the war. Since I knew him personally, I am able to augment much of his life during what he referred to as “Briton’s finest hour”.

I met him while I was a student at Bristol University where he served as chancellor, an honorary position which necessitated his delivering a speech to the student body on an annual basis. He spoke in the great hall. It had been badly damaged during the war and the roof was completely destroyed by fire. Everything was “make do” in those days and a giant tarp had been specially constructed to serve as a roof. Churchill was opposed to spending any money in constructing a new roof to keep alive the efforts of the people in not only fighting fires to save as much of the university as possible but even after the war continue to keep the spirit of determination alive. 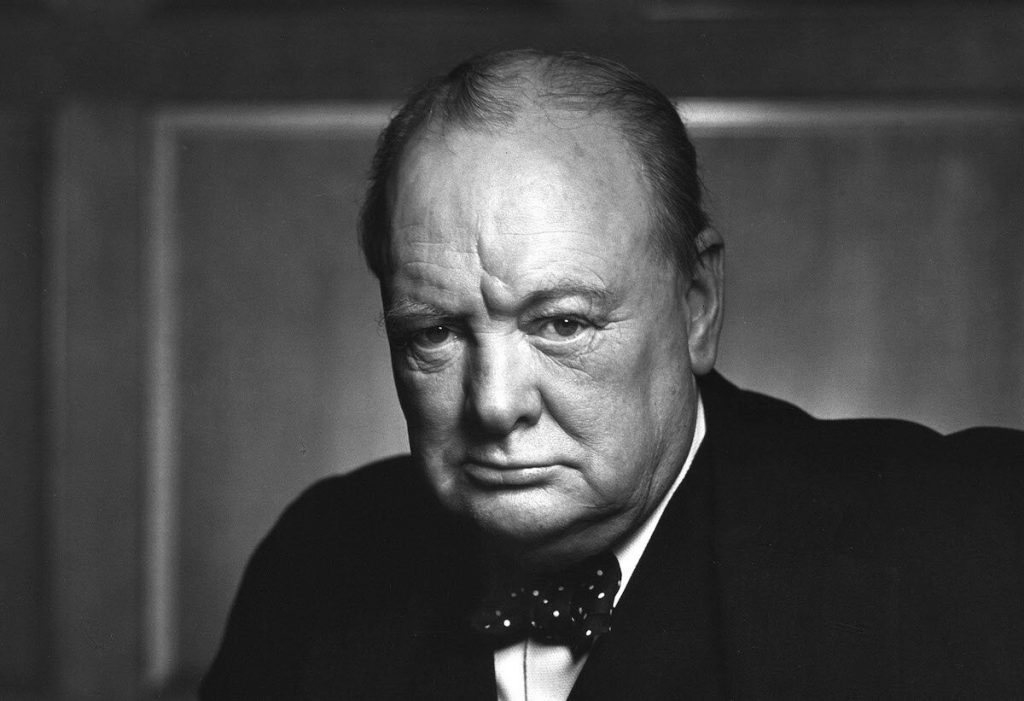 By the mid-1950s, Churchill fell out of favor with the British people and some of the students at Bristol University thought it time to select another Chancellor. It was customary for him to be picked up at the train station and driven up the hill to the university. This was, of course, a great honor for any students chosen for this duty.

But by 1955, students being what they are decided to find a car that was in no way in keeping with proper transportation for the likes of people like Churchill. The wreck of a car selected was in really bad shape, the door on the passenger’s side had to be held in place or it would be in danger of falling off. This was not accepted by Churchill and he let it be known to the academic authorities that this was not to be repeated.

The following year, one of the senior lecturers in the psychology department has purchased a new luxury car called an Armstrong Sidley. He was asked to select two students to go with him to Temple Mead station to pick up Churchill. I was one of the students. When I was introduced to Churchill as an American from Texas, he said. “Isn’t that a contradiction in terms – an American from Texas”?

The 1941 Attack on Pearl Harbor: Could We Have Prevented It?

Rather than speaking from the great hall, he was to deliver his address from Colton Hall, the local public auditorium. The area where I sat was in an elevated area just behind the podium. I was able to look over Churchill’s shoulder as it were.

He spoke from written notes on a legal-size tablet upon which he may have written no more than a half a dozen words, very large and apparently easy to read. From the front, his utilization of this procedure of moving from one page to another was imperceptible. Each word, each phrase. was given significance. I could see that the audience was spellbound. By the time of his death in 1965, he had regained his popularity much to the efforts of Queen Elizabeth who was his strongest supporter.

In the eyes of a psychologist, what was he like as a man? Based on his writing, I would say that he had very superior intelligence. This caused it to be said of him that he didn’t suffer fools gladly and without a doubt, his entire life was surrounded by fools. For example, if he had left the conduct of the war to the military, it would have been lost before it started. He had experienced his own baptism of fire during the Gallipoli campaign during WWI where he made a fateful decision costing hundreds of lives.

As a child, he suffered both neglect and abuse thus making meaningful interpersonal relationships difficult. He was tireless. imperturbable, and demanding. He was a champagne alcoholic until he was 60 and then he became a brandy alcoholic. None the less, he would receive high marks when it came to using good judgment.

And so what was his relationship like with King George VI? What do we know about his majesty? His parents were dedicated, hard-working and in their view of life, sensible. History will show King George V to be outstanding in his duties and his ability to set a course for the entire British Empire.

As parents, King George and Queen Mary left very much to be desired, Their children were raised by segregates and were by modern standards, abused in many ways. Edward, the oldest who was next in line for the throne, was a hopeless self-serving person who had virtually no mature skills which would have been of paramount importance if he were to be King.

Albert, his brother who did become King had problems of his own. He could not speak without a severe stutter. He could be demanding and bad-tempered. Of the other boys, George was an alcoholic, and Henry was believed to be a homosexual.

Albert believed that he could never be equipped to handle the duties of a sovereign. With the help of his family and with maximum effort, he overcame his apprehensions,

Churchill was a monarchist. He understood the history, culture, and traditions of the British people throughout the world. He understood what the new king was facing and he was absolutely dedicated to helping him and when the war came to an even greater extent.

He was Winston Spencer Churchill with a coin not of two sides, but one with many sides and with a range of behavior the likes of which had never been seen before. He was going to be the leader, the conductor, and the absolute boss of everything and everybody. As King George began to grow and mature in his new role, it was bound to happen that some measure of conflict would arise.

Basically, Churchill saw himself as being in charge of the totality of the war efforts, Both the King and Queen saw themselves as providing comfort and support to the British people. They not only elected to remain in London in the palace but to insist that their daughters would also remain as well. Churchill gave the nation the courage to stay the course while the royal family gave strong emotional support. It was believed that there was mutual support on the part of both Churchill and King George, but Churchill was the most dominant of the two. Churchill had to learn to pace himself when the King became assertive as he was often seen to be.

Prior to D-Day, both Churchill and the King wanted to accompany the troops to France. Eisenhower was very much opposed to this. It would have been far too dangerous, Both the King and Churchill dug in their heels. Logic and common sense prevailed and neither Churchill nor King George went to France until the landing had been firmly established and safe for both of them to cross the channel.

Why Did Rudolf Hess Fly to Scotland?

Those close to the situation related that the King’s ability to stand up even to Churchill was a very positive aspect and that this helped the King to find more and more self-assurance.

Shortly after the end of the war, Churchill began to lose his health, some of his spirit, and much of the support he had with the British people. By the time he was called upon to advise and counsel the new queen he had become more mellow and with much more wisdom as the totality of his life prevailed.