The Clovis people were one of the first indigenous people to inhabit areas of the Americas between 13,200 to 12,900 years ago. Since their initial discovery, indications of older civilizations in the Americas have been discovered.

Introduction to the Clovis People

The Clovis People obtained their name from the location of their discovery outside of Clovis, New Mexico. Researchers are not entirely sure how they arrived in America. The consensus is they crossed the Bering Strait over a land bridge between Asia and North America. However, conflicting research indicates this might not be the way they arrived. The land bridge may have formed after they were supposedly in North America. 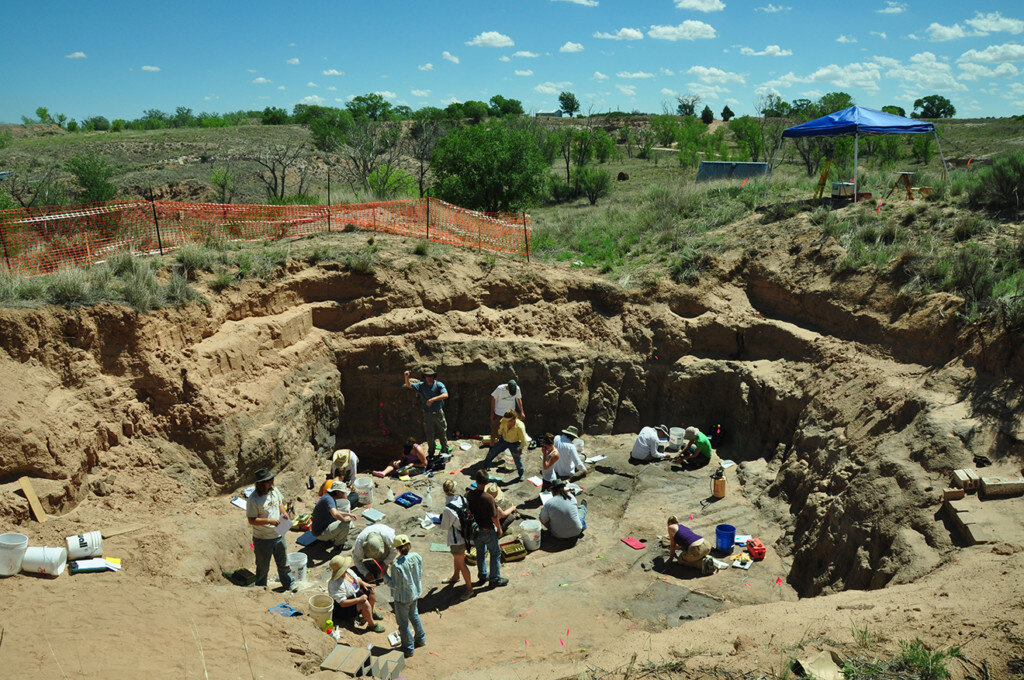 They may have followed an ice-free corridor southwards, eventually dispersing across the continent. Additionally, this ancient civilization may have hunted the native megafauna, such as the mammoths, to extinction.

The Clovis civilization was discovered by an amateur archeologist named James Ridgely Whiteman outside of the town of Clovis, New Mexico in 1929. When Ridgely Whiteman found mammoth bones and fluted points, he made multiple attempts to contact the Smithsonian about his find. He was largely ignored until the New Mexico Highway Department found piles of large bones.

Archeologists immediately began to flock to Clovis, New Mexico to study the finds. They found the ancient spearheads, as well as hearths and stone tools. The researchers at the site found evidence of human occupation dating back approximately 13,000 years, making it one of the most important finds in human history.

We know very little about these early people. But direct evidence indicates they were skilled hunters. They thrived in the grasslands of what is now New Mexico. Clovis People hunted animals that are difficult to imagine there today. They include mammoths, giant ground sloths, large turtles, camels, and even saber-toothed tigers.

The original Clovis site in New Mexico showed a large number of bones. This suggests it was a kill site and these people were big-game hunters. The projectile points show impact scars, created when the projectile hits a hard substance such as bone. Even their stone tools showed evidence of butchering game. 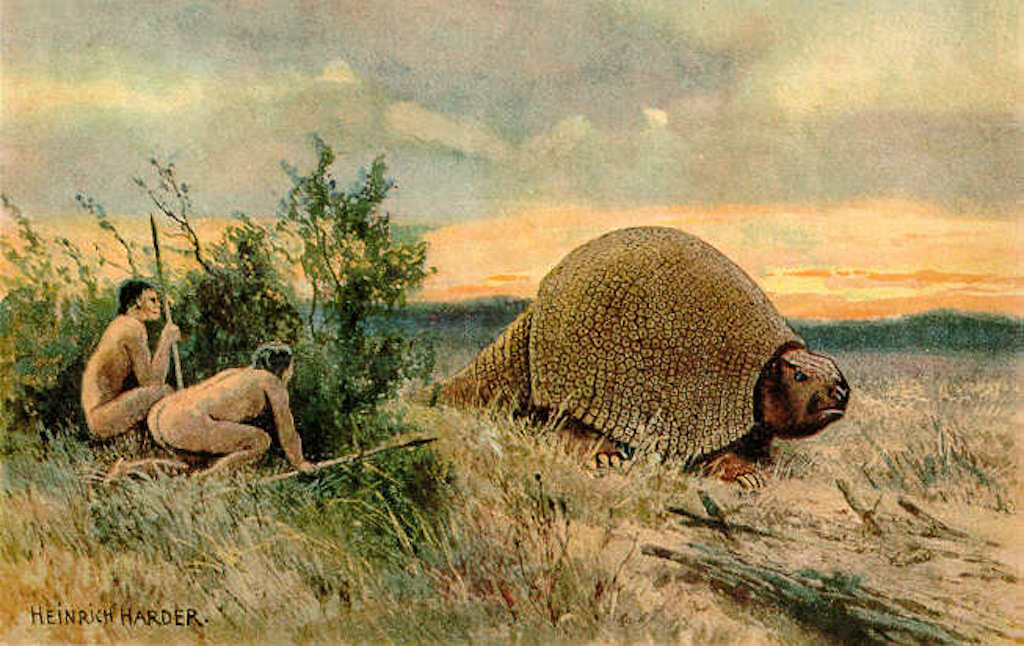 Of the known sites, only a few are big-game kill sites. This indicates the Clovis were opportunists, consuming edible plants, fishing, and hunting large and small game, as the opportunities arose.

The Clovis points were projectile points roughly four inches long and used for hunting. They created these points using materials such as flint, obsidian, and chert. The edges were sharp, with concave grooves on each side. They all date to around the same period, roughly 13,390 to 13,500 years ago. Interestingly, Siberia, being their point of origin before migrating to the New World, lacks these Clovis Points.

In under a thousand years, these people successfully spread across the continent and lived in a variety of different environments. This success is at least partially due to the Clovis point.

Other Aspects of the Culture

Limited information is available to researchers and archeologists about the Clovis civilization. Most information comes from recovered tools, including their fluted spear points, drills, and blades. Unfortunately, in most cases, organic material such as clothing and blankets disintegrate.

What archaeologists have been able to identify are five different types of Clovis sites within North and Central America. These include single-kill sites, multiple-event kill sites, cache sites, campsites, and isolated artifact finds. Isolated finds are typically the most common, as well as kill sites with spear points. Campsites and cache sites are much rarer but, when found, offer significant insight into the Clovis culture.

The Clovis appear to have been nomadic and roamed between different sites following their food sources. They generally lived in areas such as basic shelters or shallow caves. In fact, the initial Clovis find in New Mexico at Blackwater Draw indicates these people lived in the area for roughly 600 years. They even dug a well: the first water control system archaeologists have identified in North America. 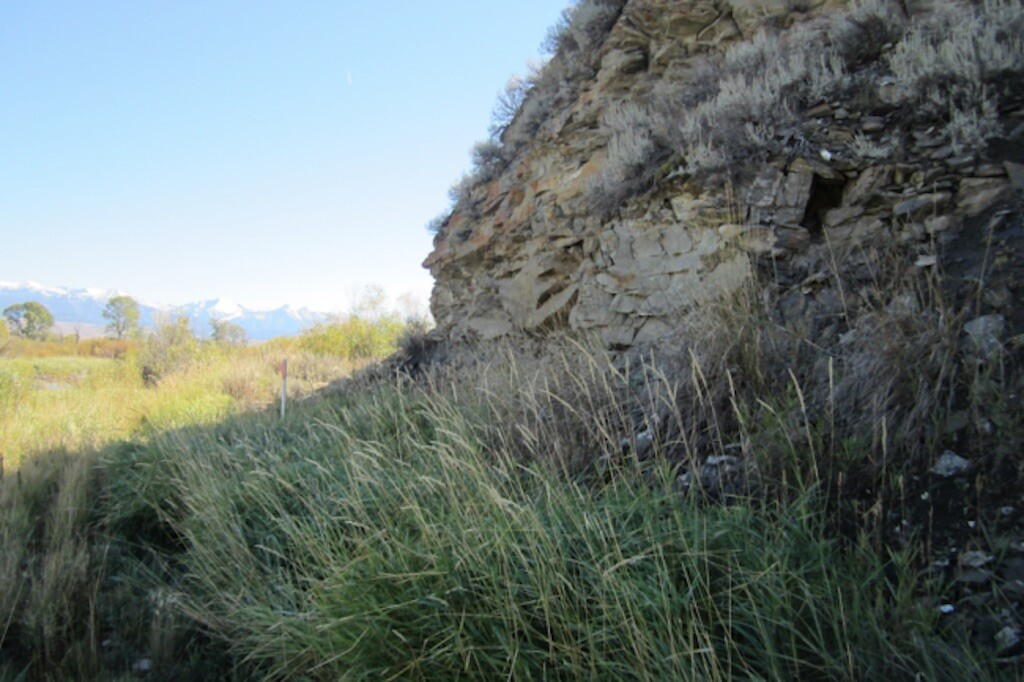 The Anziick-1 gravesite is the only Clovis People burial site discovered.

Interestingly, only one burial site has been found. It was that of an infant, found in south-central Montana. Known as Anzick-1, it also contains stone tools and tool fragments arranged in a ritual manner. DNA analysis was performed on the bones. DNA results indicate the Clovis are more closely related to the indigenous people of Central and South America than those of the Canadian Arctic.

End of the Civilization

The Clovis civilization ended around 12,900 years ago. However, these people did not just disappear. Changes occurred, from climate changes to the disappearance of the megafauna they hunted. This led to the native tribes moving and adapting to different situations. Post-Clovis cultures likely derived from the Clovis. For example, DNA analysis of numerous people living over the course of 10,000 years and throughout areas of Central and South America show links to Clovis DNA. 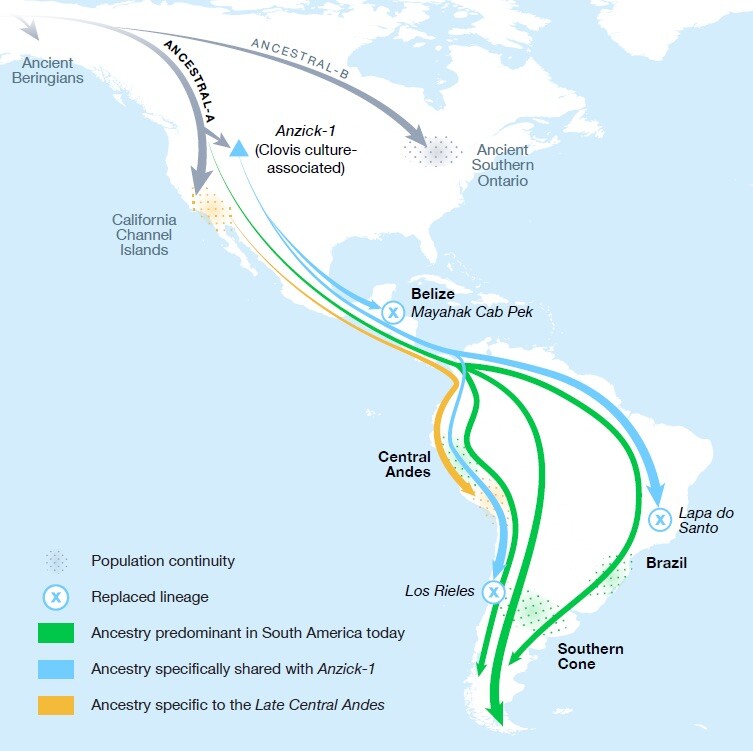 Certainly, their technology continued to advance. The development of tools such as the atlatl allowed people to hunt game efficiently and effectively. Traditions such as the nomadic lifestyle continued on through to the times of the Plains Indians hunting bison in New Mexico.

Alternatives to the Clovis First Theory

A study looking at archaeological evidence shows that the Clovis were not likely the first people in the Americas. Analysis of human occupation evidence in South America indicates humans already living there at the time the Clovis migrated into North America. 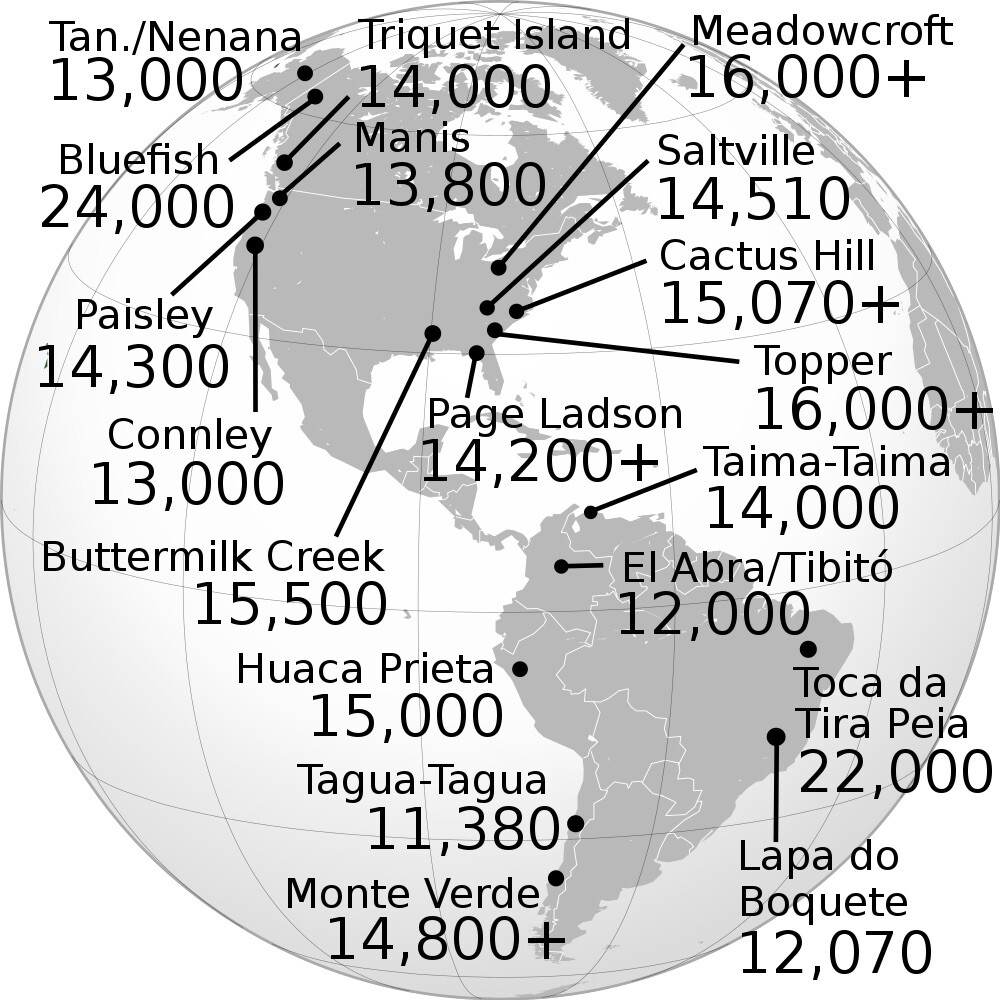 Unfortunately, information is lacking about the origin of these pre-Clovis groups of people. But researchers suspect they came from different places, via different routes, and over varying periods of time, likely adapting the Clovis points to their usage.

Samantha Devine is a practicing veterinarian who has a love for history, which she studied while an undergraduate at UMBC. Samantha enjoys traveling to historical sites around the United States and the rest of the world in her free time.