Home » Archaeology » Analyzing the Face on the Shroud of Turin
Archaeology

On Tuesday, March 30, 2010, the Face on the Shroud of Turin was aired on a two-hour History Channel program. As a result, an almost palpable buzz reverberated throughout the religious and scientific community. On “The Real Face of Jesus,” producers aimed to recreate the face of the individual believed to be buried in the Shroud of Turin utilizing the latest in scientific analysis and 3-D software. 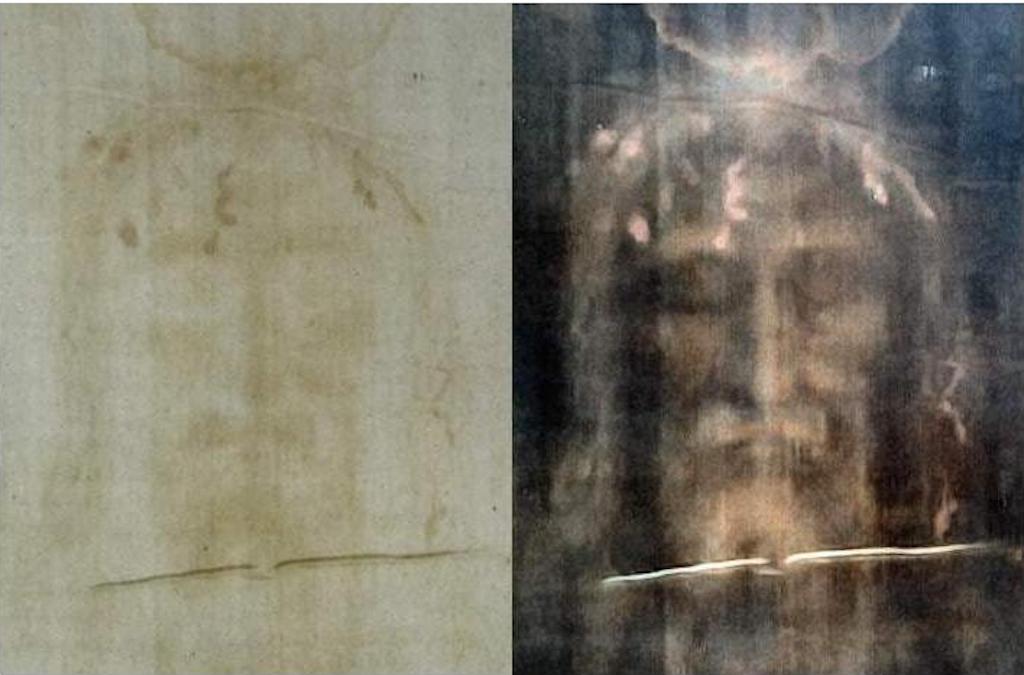 Positive (L) print and digitized negative (R) print of the face of the shroud of Turin. CC3.0 Danielos Georgoudis.

The Shroud of Turin is arguably the closest Christians have ever come to actually visualize the face of Jesus Christ. Although many researchers have discredited the shroud as a fake, there are still many believers who consider it to be the genuine burial cloth of the Son of God. Whether the shroud is a fake or not, believers and nonbelievers should find it fascinating to see what this face looks like.

Quick History of the Shroud of Turin

As background, the Shroud of Turin dates back to at least the 1350s when it appeared in Lirey, France. The 14-foot cloth depicts an image of a man who appears to have suffered a crucifixion. Radiocarbon dating in 1988 concluded that the shroud originated sometime between 1260 and 1390. However, there is still much controversy regarding the accuracy of these tests. Whether the shroud truly depicts the face of Jesus Christ is still up for debate. One thing is certain – the Shroud of Turin is the single most studied artifact in the history of mankind.

At the forefront of putting a face to the shroud is Ray Downing, a Digital Illustrator with Studio Macbeth.  He wants to prove that the Shroud of Turin is not just a face painted on a cloth with red ochre pigment.  According to Downing, the details of the impression are just too extensive. The cloth must have physically draped over a person to obtain the level of detail that is visible to the naked eye and through other imagery. 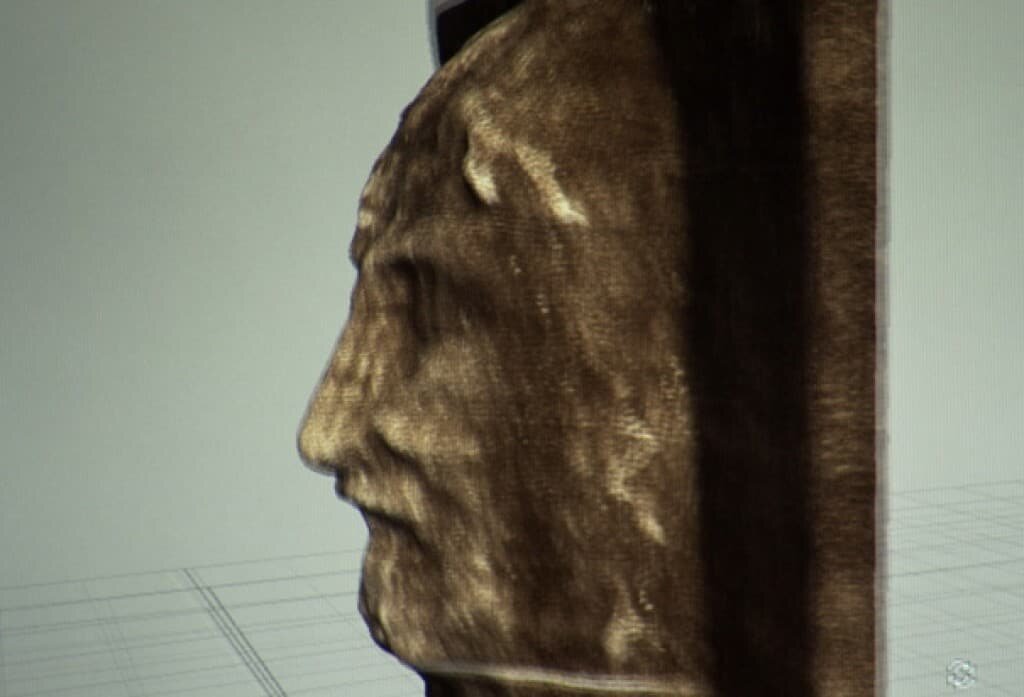 3D Profile of the face in the shroud. History Channel.

The genesis of this project began when Downing worked on a 3D image of Abraham Lincoln. This project was part of another show that aired on the History Channel. Downing and his fellow researchers were able to recreate a lifelike image and death mask of President Abraham Lincoln by exporting over 1oo photographs of Lincoln into his 3D software. The program was an immediate success.

The Sudarium of Oviedo

Expanding on the Lincoln project, Downing took detailed imagery of the Shroud. He then converted these images from a 2D perspective to a 3D format utilizing the latest technological software available. The software was able to accurately remove any distortion of the facial imprint as it laid over the body. Downing concludes the results are the most realistic depiction of the person many people consider to be Jesus Christ.

Belmez Faces: Mystery of the People in the Floor

This technology is impressive, however, the breakthrough does nothing to change the polarizing debate on the authenticity of the Shroud of Turin. Nonetheless, it certainly puts this age-old debate back into the headlines. If it isn’t the face of Jesus, someone from history has experienced the most unusual and sensational case of mistaken identity – as the Son of God himself.

Where is the Tomb of Alexander the Great?