Marriage is a sacred act between two people that care deeply for one another. Different cultures define matrimony in different ways and tie the knot for various reasons. Whatever the motivation behind one man entering wedlock to one woman, both parties usually do know each other intimately. Or at least they should. But nobody in the world knew Lori Erica Ruff. 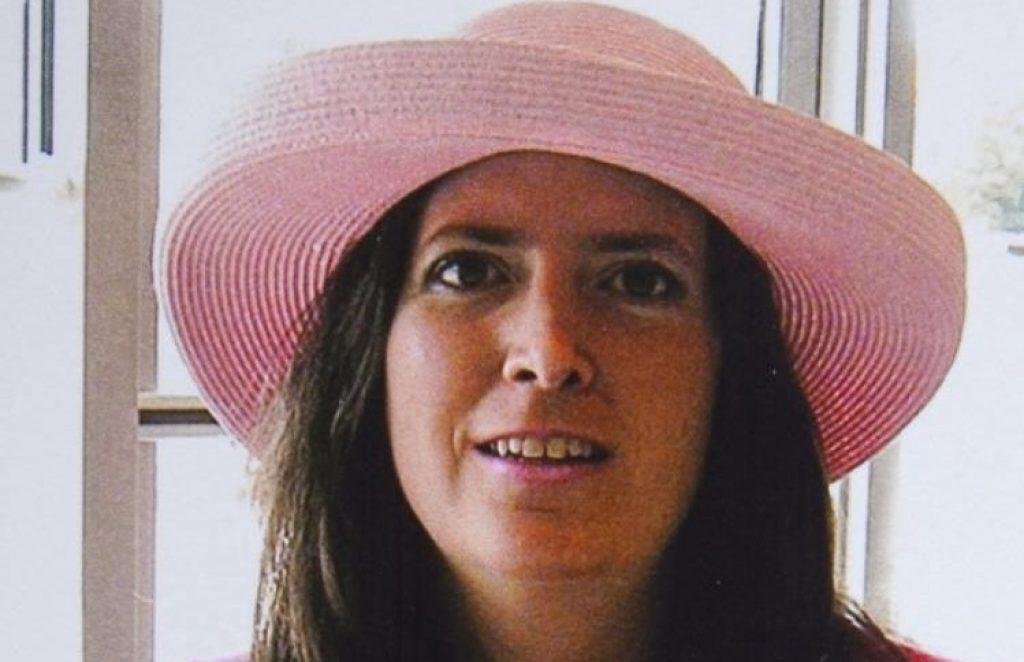 Lori Erica Ruff went by many names. But who she really was is still a mystery. Image: Social Security Administration.

Blake Ruff thought he had found someone special. The tall and slender brunette met Ruff at a bible study group and introduced herself as Lori Kennedy. Ruff did his best to find out as much about his new partner as he could. But all that he managed to discover was that Lori had something of a difficult upbringing. She was never too keen to go into further detail. Blake did learn that Lori was born somewhere in Arizona. Over time the pair grew closer and eventually, they eloped to Dallas. When given the chance for an extravagant and lavish wedding day to remember, Lori declined the offer. She didn’t even allow the publication of the announcement of their nuptials in the local newspaper either. Henceforth, Lori would be known as Lori Erica Ruff.

The pair set up a home together and tried to start a family. After several miscarriages, the couple finally had a daughter in 2008. Perhaps because of these miscarriages, Lori was ultra-protective of her daughter. Mother and child spent a lot of time together, which is normal for such a doting mother. Lori refused to allow anyone else to babysit her child. She would regularly be seen with her in some of her favorite tea shops. During all of this, Blake continued in his efforts to pry more details from the mother of his baby. Lori Erica Ruff was as evasive as she had always been but did reveal that both of her parents had passed away and that she had no living relatives.

Related: The Strange Case of the Isdal Woman

For the next couple of years, Blake worked on all aspects of the marriage. However, over time he began to get the impression that he was the only one trying to make their marriage work. When problems became too difficult for him to continue, Blake finally accepted that their marriage wasn’t working and subsequently moved out of the home they shared. When he returned to his parents, he filed for a divorce.

Lori didn’t take this at all well. She began to lose weight and attended counseling sessions held at the local church. Many of these sessions tended to feature increasingly strange behavior on her part. For example, Lori would often ramble to the minister on a variety of topics; mainly her perceived flaws, problems, and the failure of her marriage. Given some of the comments she made or suggested, she didn’t appear to realize why the marriage ended. Lori would also spend time fidgeting and stare at the palms and back of her hands.

Letters at Her Suicide Scene

It was in 2010 when events finally took their toll on her. Her father-in-law discovered her body inside Blake’s car. Before she took her own life with a shotgun, Lori placed a pair of letters inside the car. One was for her daughter. It had the instructions to open on her 18th birthday. The other was for Blake. His letter contained pages of incoherent rambling. The local police department began a routine investigation and quickly found a safe at the bottom of a closet. Blake admitted knowledge of the box. He revealed that Lori considered it to be a personal item that must never be opened. 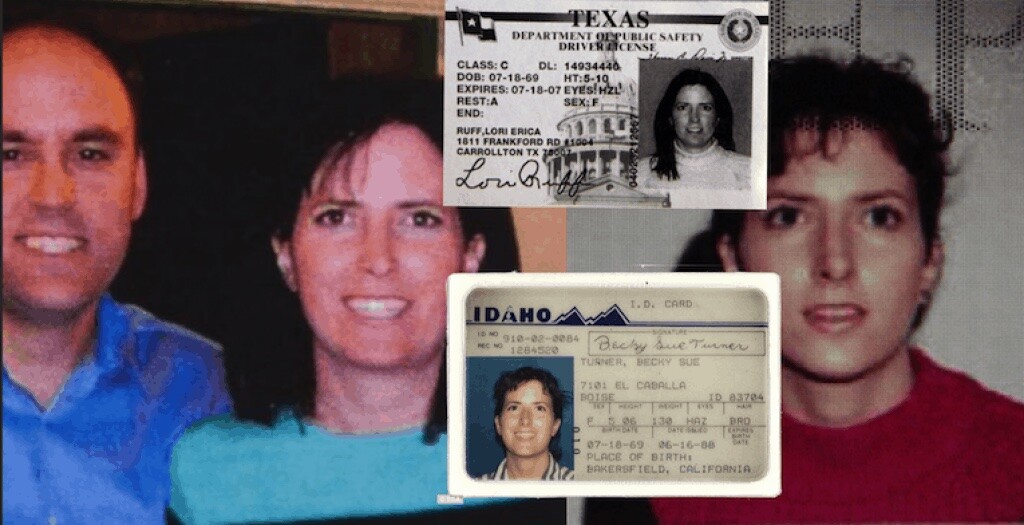 The many identities of Lori Erica Ruff

At the time, a request of this nature was hardly unusual. So, it was granted without question. About a month afterward, the certificate was used to obtain legal identification in Idaho. However, several weeks after getting the new identification, “Becky” legally changed her identity to Lori Erica Kennedy in Dallas. There was a successful application for a new social security number. As with the birth certificate, it was relatively straight forward to acquire a new social security number.

In 1989, her new identity was completed with a Texas driver’s license. At the time of this application, Lori quoted her age as 19. But this could have simply been a number picked for convenience purposes only. For several years, nobody suspected anything. Lori attended the University of Texas regularly and graduated with a business administration degree in 1997.

Police also found a curious letter within the safe. It was signed by a man called Roger Steinbeck. It outlined work that Lori had done for him until 1988. There were no dates and the letter itself was a little vague. The letter failed to mention crucial details such what was her role and responsibilities. However, it was written on hotel stationery from Bangkok, Thailand. While the hotel was genuine and a favored haunt of numerous celebrities, there was no trace of the author. As far as the police officers could tell, Lori never traveled abroad before 1990, as there is no passport with that name. 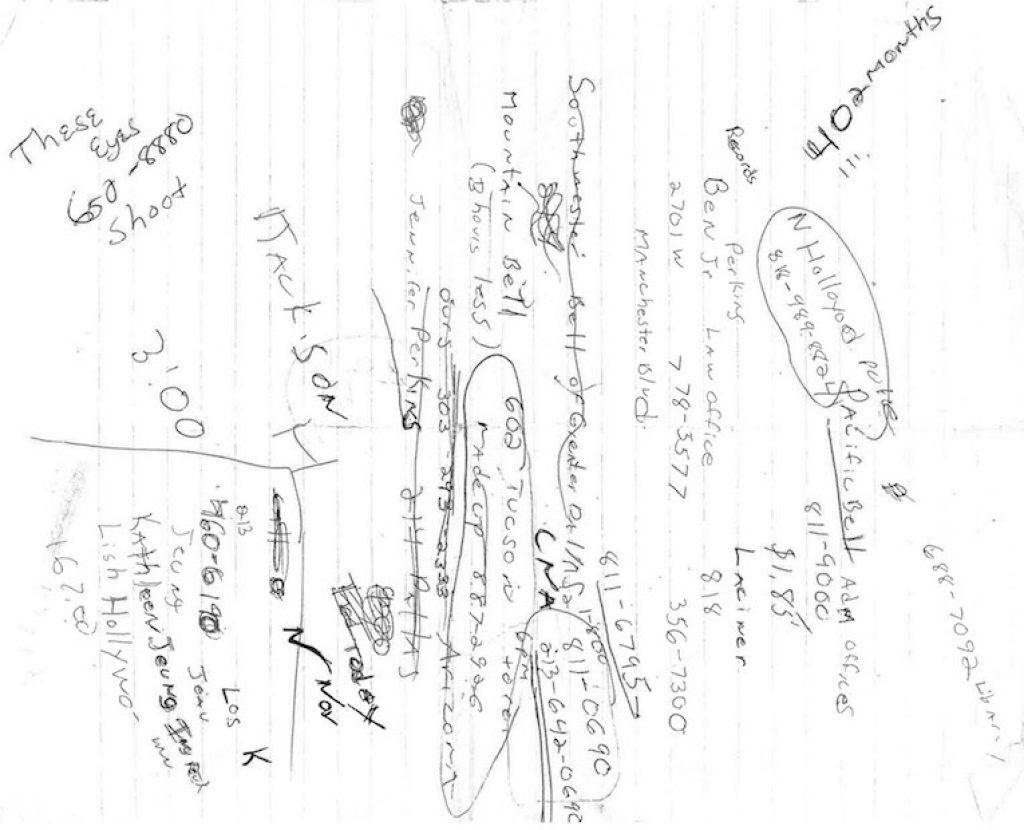 There were two other pieces of paper. One of these had notes written and a collection of phone numbers and names. The other had dates and the letters D and M on it. It is generally believed that a new identity was already being considered either for herself or others. Perhaps Lori was creating parents for the benefit of Blake.

Investigation Turns up Only More Questions

The investigation into her suicide hit dead end after dead end. Both fingerprints and DNA testing turned up nothing to help get to the bottom of her true identity. Before 1988, Lori Erica Kennedy simply did not exist. Most of these discoveries came from talking to those that she had worked with previously. At some point in the past, Lori had been a dancer at an exclusive gentleman’s club, and a post-mortem examination revealed that Lori, not Becky, had received breast implants. 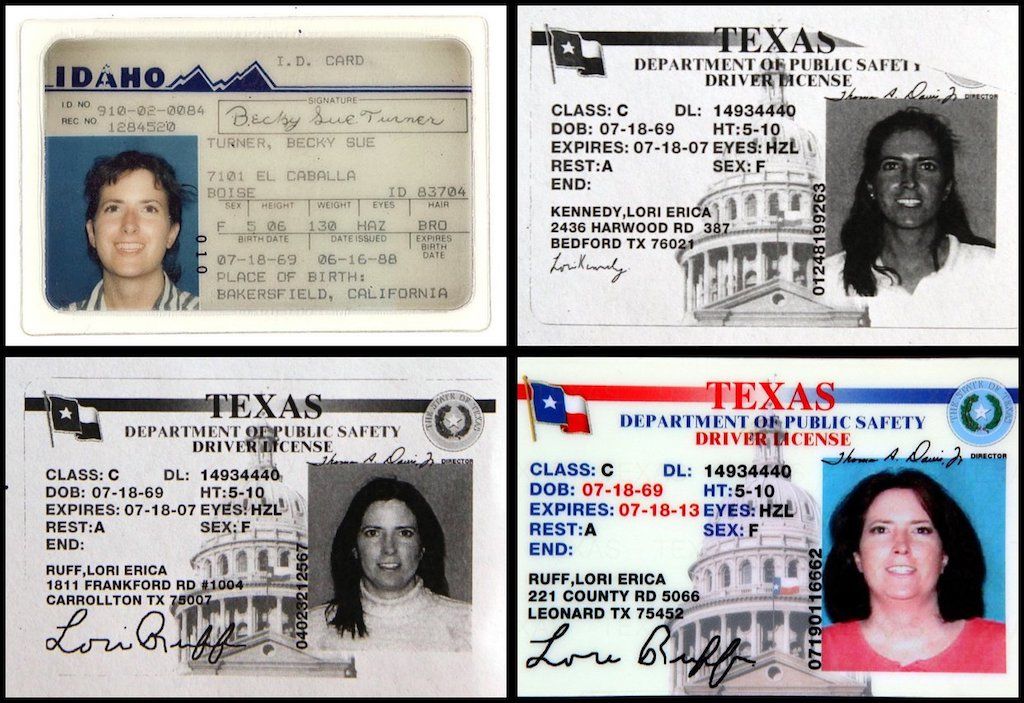 What Was Lori Erica Ruff Running From?

It is one thing to suspect Lori Erica Ruff of being a simple identity thief, but it is another thing to understand why. Some people can explain all of this with nothing more sinister than the Witness Protection Program. Others, including a private detective, tasked with finding out more about her, consider that an incident in her past concerned her sufficiently to create an entirely new identity. Such things have happened in other cases, and are often traumatic events. If Lori was trying to escape her past, then it could explain her reluctance for publicity. Unfortunately, it looks like Lori took all of her secrets to the grave.

In 2013, a nuclear-physicist-turned-forensic genealogist Collen Fitzpatrick worked on Ruff’s case and new details emerged about her past. Fitzpatrick found matching DNA records using saliva samples of Blake and Lori’s daughter. With the help of investigator Joe Velling, he traced the DNA to a family in Pennsylvania. The family members identified the picture of the mystery woman as ‘Kimberly Mclean’.

Who Was Kimberly McLean?

In 1986, Kimberly McLean ran away from her home at the age of 18. She became distressed due to her parents’ divorce. Her mother’s remarriage didn’t help either and she told her family she was going away. McLean also asked them not to come after her. The family tried everything to find her but she changed her name and location regularly, making it difficult for Kimberly’s family to find her. The news of Kimberly’s death saddened her mother deeply. However, the Mclean family now has a granddaughter who offers a glimpse of their beloved Kimberly.