As we study history over the past ten thousand years, there is no comparison to the absolute degradation found in the Greek State of Sparta. Much has been written about the reverence for life found in the animal kingdom. Examples have been explored regarding the ability to socialize, to protect, and to maintain social order. This was not the case for Sparta. 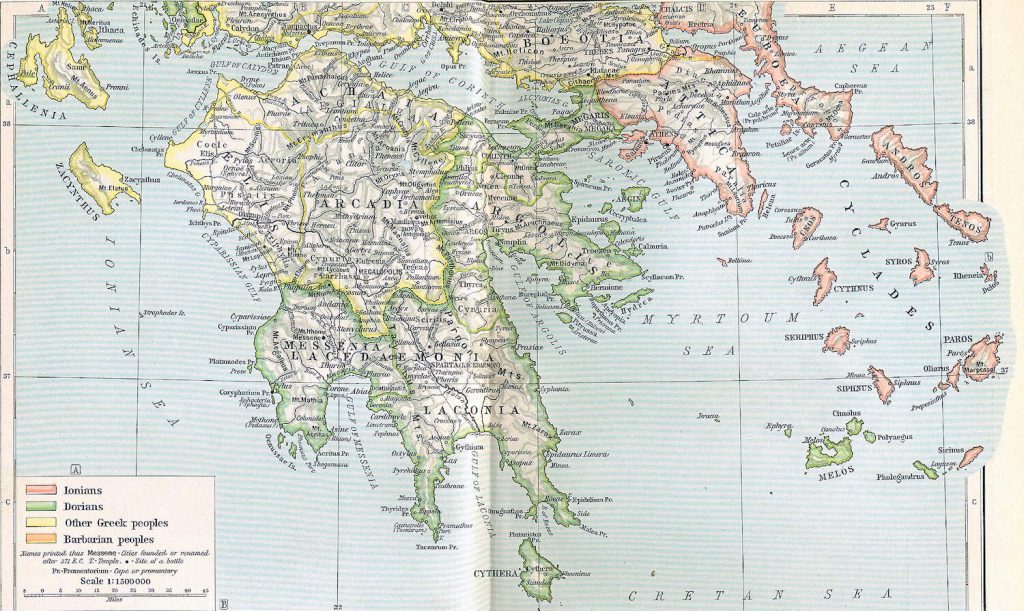 I have previously written about social harmony in ancient Egypt. History records the abomination of the life of slaves and serfs down through history. But when one takes a closer look at the life and status of the people who lived in Sparta, there is nothing by which to make a comparison.

Conditions were so bad that Adolf Hitler chose to emulate their behavior during the days of the Third Reich. Tragically, we know more than we would like to know about the Nazis. 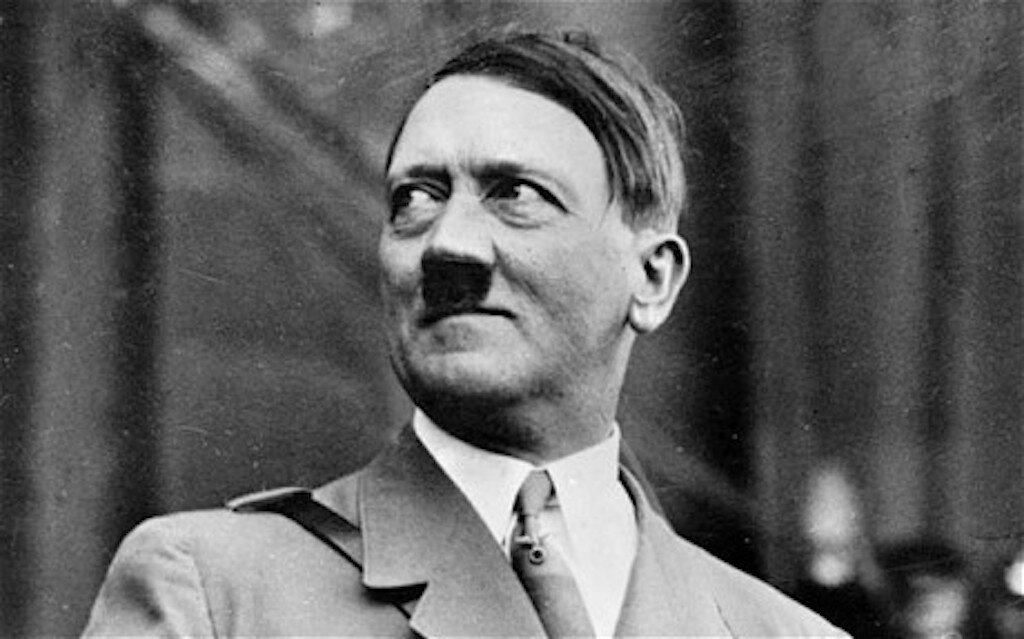 Hitler believed Germany should follow the example of Sparta in the treatment of other races.

But we need to revisit history to see where all of these diabolic conditions were initially experienced. Comparisons will be made to the long and successful Egyptian empire and the high quality of life which was experienced.

Slavery, as it existed in both ancient and modern times, was deplorable and those who can search for positive features can never justify it. In the best of circumstances, the life of slavery was an insult to rational or logical thinking. The only redeeming feature was that slaves were often valuable commodities and were kept in good health just as one would care for a farm animal.

In Sparta, time and again we find illustrations of the low regard for human life. The social structure, quite unlike Egypt, was to denigrate your fellow beings and gain satisfaction in inflicting both pain and abuse.

The Egyptians led well organized and structured lives. In Egypt, there was a positive concern for others. In Sparta, there was a belief in inferiority that needed to be weeded out and destroyed. The complication resulted in a wide divide between the various social groups. 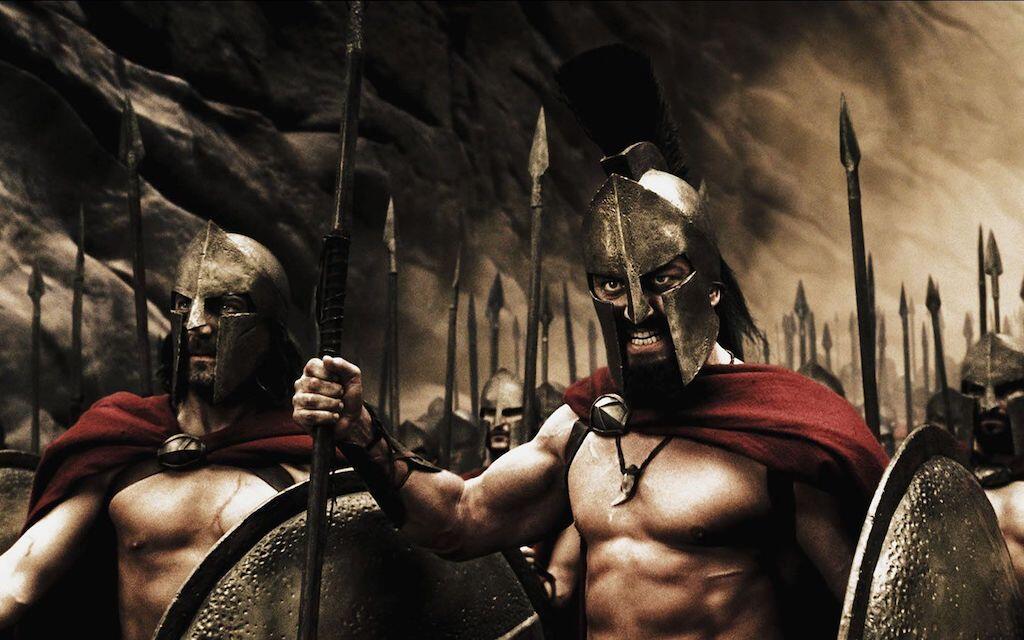 Male Spartan boys were sent to military school at age 7.

Treatment of Helots and Perioeci by Sparta

Not all inhabitants of Sparta were considered citizens and non-citizens did not have rights or protection under the law. A group of Greeks called the Helots who lived in Sparta were considered to be of the lowest class of society, not unlike the untouchables of India. They had been defeated in battle and experienced a life of servitude. They were used as unskilled serfs since the men of Sparta, the citizens, were not allowed to work as a laborer.

The Spartans were once capable of such a wise measure… The subjugation of 350,000 Helots by 6,000 Spartans was only possible because of the racial superiority of the Spartans.

Plutarch said that they were treated harshly and cruelty. Upper-class children were encouraged to observe their harsh treatment so as to become conditioned to the way these sub-human people were dealt with. In Sparta, they had absolutely no rights, quite unlike other areas of Greece where captured people were at least treated like fellow human beings. They could not vote or own property. Once a year there was open season on the Helots and it was legal to go about killing them. In 424 BC, over 2,000 Helots were murdered in the annual special event. It was not unusual to find amusing ways to murder them.

Another inferior group called the Perioeci was also subjected to the same attitudes and treatment. How is it possible for any group to take the attitude that people could be killed in mass just because you didn’t like them? We did not see this behavior again until the 20th century in Germany.

Treatment of Children and Women 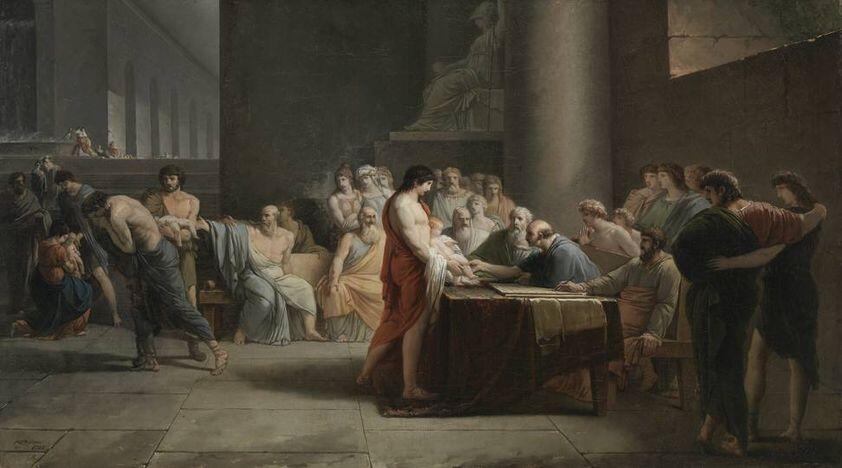 Jean-Pierre Saint-Ours, The Selection of Children in Sparta, 1785.

What was life like for the chosen, the citizens, and the upper classes? Children were not nurtured at an early age, quite to the contrary. If there seemed to be an unacceptable condition at birth, the infant was killed.

Male Spartan boys were sent to military school at age 7. Life was meant to be harsh. They were under fed so as to encourage stealing food without getting caught. At age 12, they were given over to an older man. Many historians say that this was a sexual relationship designed to provide yet more discipline and control. Men were encouraged to marry at age 30, but this did not assure a happy life in so far as their constant military service precluded it.

Aristotle viewed the Spartan military life as short-sighted and ineffective. There was no comrade spirit seen in every other military establishment both in ancient and modern times. If a soldier went AWOL and returned to his mother, she had no hesitation of turning him in.

Spartan men were expected to be soldiers until the age of 60.

It is interesting to note that Spartan women had it much better than their husbands. They could own property and conduct business in the absence of their husbands who were constantly away playing soldier.

The entire persona of Sparta in the eyes of other Greeks was a type of attitude brought about by the false basic assumption that they were to be feared. The Romans, on the other hand, conquered them with ease and their entire society crumbled in so far as there was nothing of substance holding it up.

Whereas, the Egyptians represented the entire opposite, the antithesis of the Spartans. As a result, the quality of their life was abundant. Their contribution to the world continues to this day.

Kinbane Castle and the MacDonnell Clan of Antrim,...