You Won’t Forget These Serial Killers

There have been many serial killers over the course of history, but few of them can rival the ones we’ve selected. Here are five of the most brutal serial killers: possibly among the worst in the world.

Luis Garavito has the most confirmed kills of all serial killers in existence. He’s confessed to murdering 147 young boys; diggers have found the skeletons of 114; experts say that the total number of victims could be anywhere from 150 to 300. For the sheer extent of his crimes, the Colombian press nicknamed him La Bestia (The Beast).

Garavito’s modus operandi was to lure street children away from the crowds, and then to rape, torture and dismember them. His victims were estimated to be in the range of 6-16 years old. He chose poor children specifically because no one would miss them.

Garavito is currently serving time in a Colombian prison, but because of good behavior, he could be eligible for parole at any time. He has said in interviews that, if released, he’d like to start a charity for abused children.

Yang Xinhai is the single most notorious of all the serial killers in Chinese history. Not only did he kill more than 65 people, and not only did he pick them at random while wandering from town to town, but he also showed zero remorse for his crimes. When asked why he raped pregnant women, killed six-year-old girls and beat men to death with axes and hammers, he said, “I don’t care whether they deserve to live or not. It is none of my concern.”

The good news is that karma caught up with Yang. While in prison, it was discovered that he’d contracted HIV from one of his victims, so he spent his last days alone and suffering before being executed with a bullet to the back of the head in 2004.

Andrei Chikatilo had many names, including the “Red Ripper,” “Rostov Ripper” and “Butcher of Rostov.” He was active in both Russia and the Ukraine with a confirmed kill number of 52 and a suspected kill number of even more.

However, the real horror of Chikatilo wasn’t his number of victims. It’s that his list of crimes kept growing and growing while no one ever did anything to stop him. He was a teacher at three separate schools, and all had filed charges against him for inappropriate contact with children. Unfortunately, authorities never arrested him. Although a police officer actually caught Chikatilo luring a girl from a bus stop, he was only questioned, but ultimately released.

DNA evidence finally linked him to his victims, and he was executed in 1994. However, it’s hard not to think about all the murdered and molested children that could have been saved if people had been doing their jobs properly.

Alexander Pichushkin in a glass cage during trial.

Another notorious serial killer from Russia, Alexander Pichushkin is known as the “Chessboard Killer” because of his love of the game. Though he suffered brain damage as a child and was considered mentally retarded, he excelled at chess, and later he expressed a desire to kill 62 people for the 62 squares on a chessboard. He didn’t quite make it to that number since he was “only” charged with killing 48, but his reign of terror was enough to end the lives of men, women, children and the elderly. His most gruesome murders involved bashing people’s heads in and sticking an empty vodka bottle into the holes of their skulls.

Pichushkin is currently doing 15 years of solitary confinement in a Russian prison. 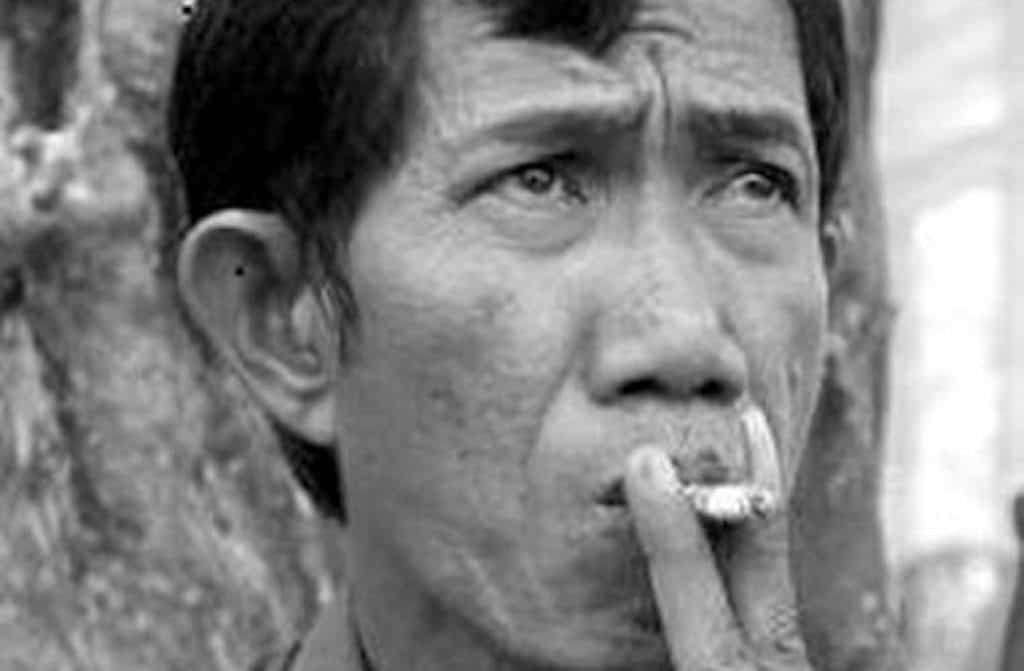 Ahmad Suradji was a bizarre but prolific serial killer. He committed horrible atrocities because he believed they would give him magical powers. According to Suradji, his father came to him in a dream and said that he had to kill 70 women and drink their saliva to unlock his mystic potential. Suradji killed 42 before he was caught. He executed his victims by burying them up to their waists and strangling them while they were unable to move. He also had three wives, all sisters, who helped him commit the crimes to become stronger.

A firing squad executed Suradji in 2008. There’s been no word whether or not his magical powers helped him in his final moments.