Ken McElroy was a middle-aged married man with out of control sideburns and a burly physique. The morning of July 10, 1981, was a hot one in Skidmore, Missouri. McElroy had just finished another stint at a local tavern when he stumbled back into his pickup truck. Beside him was his wife, Trena. A number of local residents – as many as 30-45 – had gathered in the immediate vicinity of his Chevrolet. In front of all of those witnesses, McElroy was shot dead. Oddly, all the people outside of the vehicle claimed that they did not see anything. 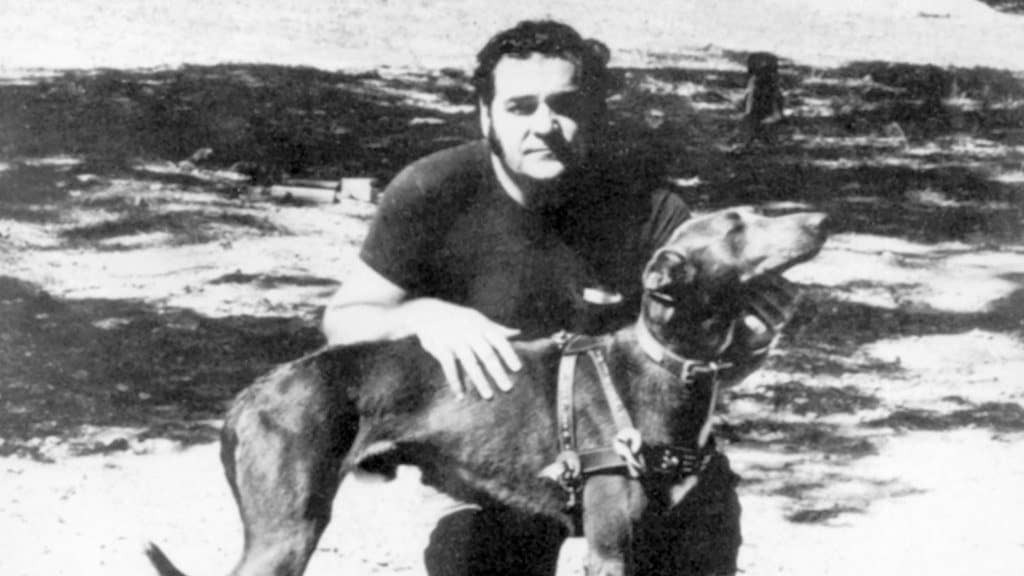 Ken McElroy was a mean and unlawful man in Skidmore, Missouri. Source: NYT.

McElroy had developed a reputation over the course of his life. Most, if not all, of the residents in the modest town of Skidmore, Missouri, knew better than to talk back to him. There was a very good chance that he would draw the gun that he forever had at his side and use it. Ken McElroy had free reign over everyone and everything in Skidmore, and people knew him as the town bully. If he wanted anything, he was prepared to help himself with no questions asked, and for most of his adult life, he terrorized the otherwise quiet farming community.

Ken McElroy was born in 1934 as the penultimate child among 16 other children. His parents, Tony and Mabel, were humble sharecroppers that could probably not have coped with so many offspring. They likely did the best that they could have, though, as any parent would. When he was still young, an event took place that might have helped to shape the person that he eventually grew up to be. He was riding on a hay wagon on his parents’ farm when he fell off and hit his head. This injury was so severe that a steel plate had to be surgically implanted into his head. At the time, nobody could have anticipated how things would turn out. McElroy was illiterate and quit school in eighth grade, which certainly didn’t help matters.

A Life of Crime

McElroy’s initial venture into a criminal career began with minor crimes. For many other people, the transition from petty rustling or stealing livestock into mindless violence is a considerable step. However, for McElroy, this was not the case. As he grew up, feasting on alcohol and women, the law became less and less of a deterrent and barely applied to him.

Known for stealing livestock, harassing women, destroying property and threatening lives, Mr. McElroy had been charged with numerous felonies over the years — his lawyer estimated at least three a year — but had never been convicted.

The Womanizer Marries a Minor

This notorious womanizer ended up with more than ten children of his own with any number of mothers. A lot of those women were still children themselves, and in 1971, the town bully met a girl named Trena McCloud. At the time, she was merely 12 years of age. In all of his conquests, she was the youngest and the last. Within just two years, she was expecting her first child.

You May Also Like: Grady Stiles – The Evil Lobster Boy

The issue of domestic violence came to light during a visit to the local doctor. Since she was still a minor, Ken McElroy was also facing charges of molestation. However, he was told about a possible loophole. Should the pair get married, then Trena would be unable to give evidence against him. What she would have told authorities would mean that he could not avoid jail time. So, McElroy divorced his third wife and married Trena, who then went to live with him and his ex-wife.

Despite this, the townsfolk treated Trena in much the same as any woman who may have called herself Mrs. McElroy. Nonetheless, shortly after she gave birth, she made an escape bid and ended up at her parent’s place with her baby boy. It didn’t take long for McElroy to instigate a pursuit, and he forced her to go back to his home.

However, it didn’t stop there. He returned to the McCloud’s home, shot the family dog, and turned his attention to the house itself. This, he set alight and it burned down.

A Man Above the Law

The whole town of Skidmore lived in total fear of the man. Just about anything he did was in direct violation of the law and no-one did or said anything about it. No matter what trouble he caused, be it attempted murder, robbery, or rape, nobody had the stomach to stand up to him. Even with this in his favor, McElroy did see his fair share of the inside of a courtroom. His usual lawyer, Richard McFadin, revealed that three or four times each year, he represented McElroy against another felony arrest.

You May Also Like: Who is the Bromley Batman and What Do We Know?

With his air of unquenchable violence, the bully seemed virtually untouchable. That was until folks had had enough; they decided to take matters into their own hands.

The beginning of his end began when a grocery store clerk accused one of McElroy’s daughters of shoplifting. The 70-year-old shopkeeper Ernest ‘Bo’ Bowenkamp was married to Lois Bowenkamp, who tried to smooth things over by admitting that the whole event was a simple misunderstanding. Ken McElroy wouldn’t accept this and began to wreak terror upon the couple. He forced them into his pickup truck outside their shop and frightened them by occasionally firing his weapon into the air. In the following days, Lois was so traumatized that neighbors took turns to allow her to sleep at their houses.

In July 1980, Bo was waiting on the loading dock of his shop for an air-conditioner engineer when Ken McElroy turned up armed with a shotgun and shot Bo in the neck. Incredibly, he survived the injuries, but the entire town took serious notice of their collective problem. Even a brash bully such as McElroy had limits to what he was allowed to do. Although McElroy was arrested, charged, and convicted of the shooting assault, the court released him, pending an appeal.

The Town Calls a Meeting

Instead of using this time to formulate some sort of defense, if one actually existed, McElroy opted to pick up where he left off. He wanted revenge on the Bowenkamps and anyone else that might have spoken up on their behalf. Meanwhile, the other residents realized that something needed to be done. At first, they petitioned the governor, attorney general, and even state legislators. None of them would act on their behalf, and so they only really had one option left open to them. Someone had to turn vigilante – and that had to be quick. McElroy arrived in town at the D&G Tavern carrying an M1 rifle with a bayonet attached to it.

You May Also Like: Bill the Butcher: A Knife Fighting New York Gangster

While he was there, many of the residents were holding a meeting in Legion Hall. What was on the agenda isn’t clear, but it seems they discussed ridding the town of the loathsome man. This would also prevent McElroy from harming those who witnessed the attempt on Bo’s life. When the meeting ended, the group headed to the D&G Tavern where McElroy and Trena sat in his pickup truck in broad daylight with a six-pack and a rifle. Seconds later, McElroy was dead. Although there were 46 possible witnesses at the tavern, no one, except for Trena, claimed to have seen anything. No ambulance came.

Justice at the D&G Tavern

Even though everyone detested McElroy, an investigation still ensued. When police officers arrived at the scene, they found shells from a .22-calibre Magnum and an 8mm Mauser. Ballistics proved that there were two gunmen. One was stationed directly behind the pickup, while the second took up a position about half a block in front. Trena was the sole witness who came forward with information about the crime. Although she could not prove it conclusively, she alleges that one shooter was a man called Del Clement.

No charges were ever issued, and the crime was officially deemed a murder by a person or persons ‘unknown’. After 30 years, the town had freed itself of Ken McElroy.