Home » Archaeology » Kensington Runestone: Made By Vikings or a Forger?
Archaeology

Kensington Runestone: Made By Vikings or a Forger?

The Kensington Runestone is a large stone with runes carved in it that some believe it may have been carved by Vikings. It is 31 inches tall, 16 inches wide, six inches thick and it weighs 202 pounds. The interesting thing about the Kensington Runestone is that it was discovered in Minnesota. If it is authentic, it will change the history of the United States as we know it. On the other hand, its authenticity is a mystery. Many people believe it to be a hoax.

The Kensington Runestone was found in a small farming community near Kensington, Minnesota in 1898. Some versions say that a boy named Edward Ohman found it. Other versions say that it was his father, Olof Ohman who found it. It may have been found in the roots of a tree, but that is uncertain. It was certainly found underground. At least, every version of the story has it that way. Regardless of how it was discovered or who discovered it, the Kensington Runestone wound up in the hands of Olof Ohman, who began looking for an explanation. There is no evidence that he actively sought monetary gain from the find. 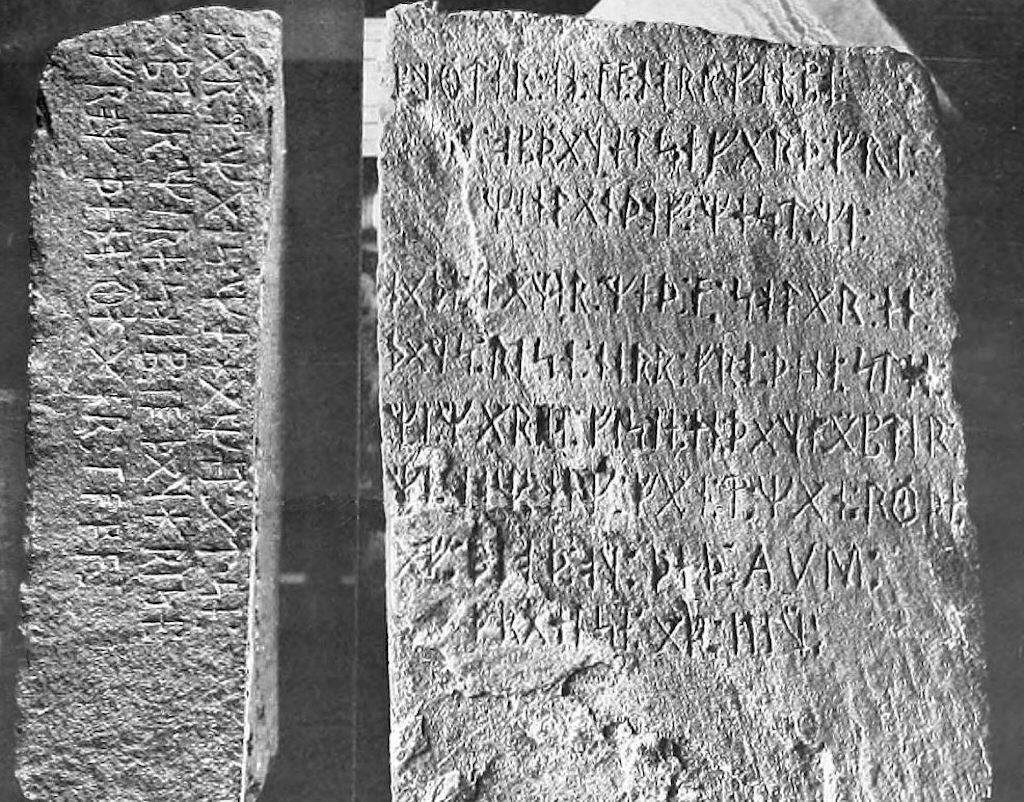 A 1910 photograph of the Kensington Runestone.

No one claimed to be able to translate fully the Kensington Runestone until 1907 when a University of Wisconsin graduate with a history major named Hjalmar R. Holand came up with the following translation:

Eight Geats and twenty-two Norwegians on an exploration journey from Vinland to the west. We had camp by two skerries one day’s journey north from this stone. We were [out] to fish one day. After we came home

[we] found ten men red of blood and dead. AVM (Ave Virgo Maria) save [us] from evil.

[We] have ten men by the sea to look after our ships, fourteen days’ travel from this island. [In the] year 1362..

Five members of the Minnesota Historical Society investigated the stone for 1.5 years and concluded that it was authentic.

Did the Vikings Visit Minnesota? 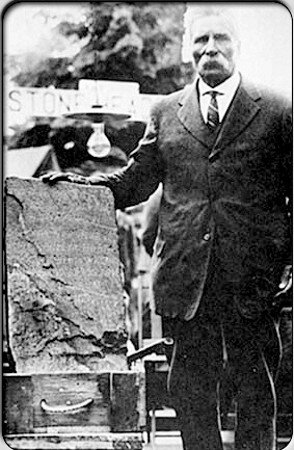 Olof Ohman and the stone.

There is some evidence that the Vikings may have made it as far as Minnesota. What appears to be five Viking campsites, where holes have been carved in the rocks similar to those used by Vikings to moor boats, have been found between Hudson Bay and Sauk Centre, Minnesota. Some Norse-looking tools have been found in the area as well. It is postulated that some Vikings became stranded in what is now the United States when they could not make it back to their ship in time for the return voyage. This would explain why some of the Mandan Native American tribes in the area had blue-eyed individuals and knowledge of Christianity before accepted history tells us they should have learned about Christ. 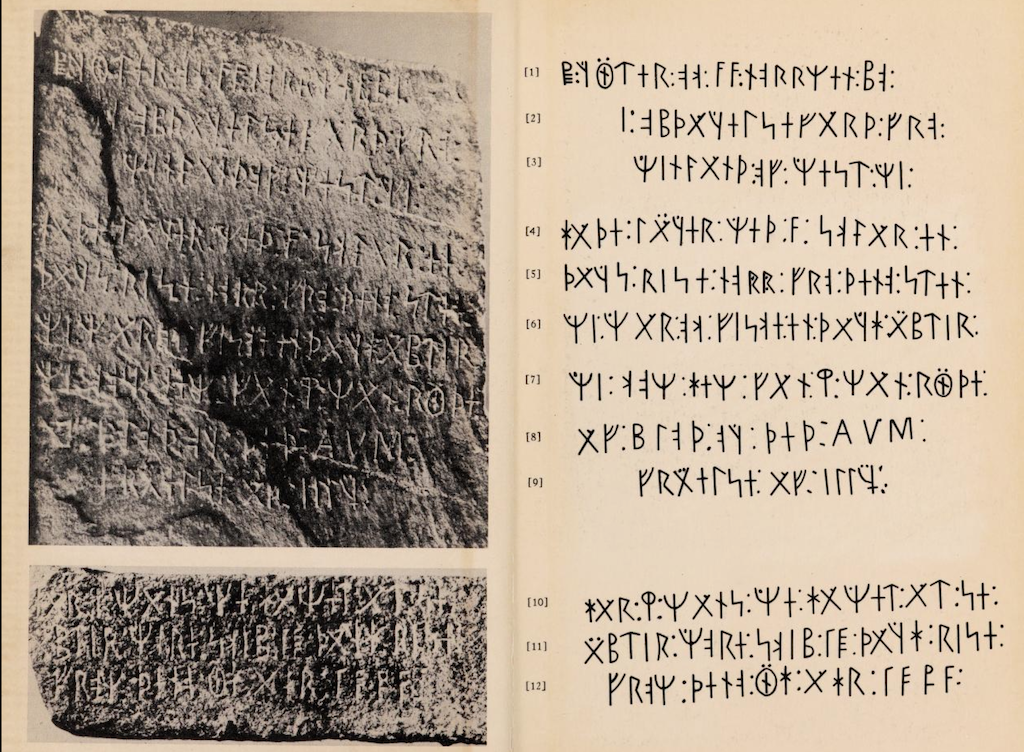 A clear view of the runes, from Erik Wahlgren’s book “The Kensington Stone, a mystery solved.”

A Hoax to What Purpose?

People who do not believe the Kensington Runestone is authentic typically assume that Olof Ohman made it. That possibility raises a few questions. Firstly, why would he do it, if not for money? He may have done it for attention, but why bother?

Secondly, how did such a simple man have knowledge of runes like these? If one of the runes was really so rare that a runologist could not recognize it, how did Olof?

Lastly, if Olof did have knowledge of runes, why didn’t anybody know about it? To believe Olof made the Kensington Runestone, you would have to believe that he studied runes without anyone’s knowledge just to carve those runes into a 200-pound rock for no other reason than to amuse himself. It is not a probable scenario, but it is not impossible either.

Both sides of the Kensington Runestone mystery are argued by both capable experts and laymen. However, the modern consensus is that it is a fake. Ohman created the forgery for some purpose which he only knows.

However, if an artifact could someday be discovered elsewhere discussing these men in Minnesota, then Ohman may have been truthful all along.