A new study suggests that some Icelanders may be direct descendants of a Native American woman. If this is true, then the Vikings in fact had substantive contact with Native Americans, an unestablished hypothesis until now, and were the first people to bring a Native American to Europe. 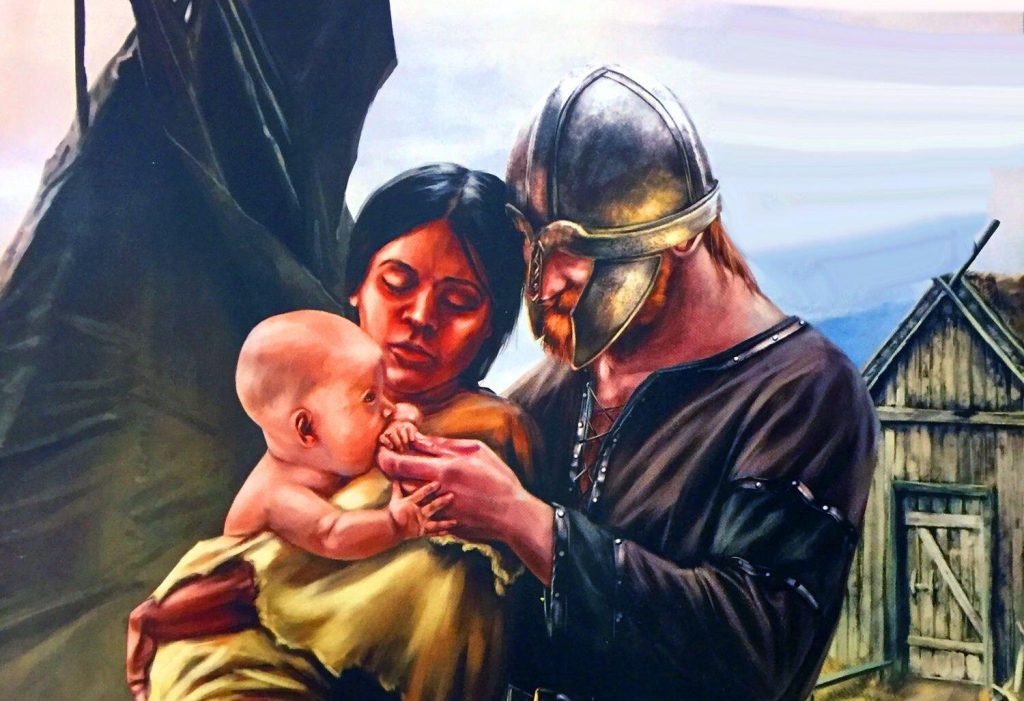 The Vikings settled Iceland in the 9th century, and it is now a country of a little fewer than 300,000 people. Since that time, the Icelandic gene pool has remained largely homogenous as a result of long-term isolation. That, combined with Iceland’s meticulous record keeping of its people’s genealogy, makes studying and verifying Icelanders’ genetic make-up an alluring draw to researchers interested in genetic studies.

One such researcher recently published a study in the American Journal of Physical Anthropology, analyzing the DNA of Icelanders to determine that “a mysterious . . . . DNA sequence (that we name the C1e lineage). . . , carried by more than 80 Icelanders, can be traced through the female line to four ancestors born in Iceland around 1700. There is good reason to believe that the C1e lineage arrived in Iceland several hundreds of years before 1700.”

You May Also Like: Vinland Map: Real or Fake?

Around the year 1000 A.D., five hundred years before Christopher Columbus is said to have discovered America, Vikings had in fact discovered and tried to colonize the continent. Remains of buildings from this period, with evidence of temporary occupation by Vikings, have been found at L’Anse aux Meadows in Newfoundland. However, there is no direct evidence of contact between the Vikings and Native Americans – i.e. that they actually met. Our findings raise the possibility that there was in fact contact between the Icelandic Vikings and the Native Americans which led to a Native American woman carrying the C1e lineage . . . being brought to Iceland. If this is the case, then the contemporary Icelanders carrying the C1e lineage would be descended through the direct female line from the first Native American to travel to Europe.

The Vikings apparently stayed in Newfoundland for three to ten years. If the Icelanders in the study can be traced to a Native American woman, then several additional questions arise that the study does not pose. For example, did any of the Vikings remain in North America after the settlers left Newfoundland? Did the Vikings settle anywhere else in North America? And if so, did they stay for a longer period of time?

Many researchers believe that the Vikings established settlements along the eastern shores of North America and as far north as the Canadian Arctic. If that is the case, a more prevalent link between the Vikings and Native Americans may exist.

Italy’s Quest for the Ark of the Covenant...

Didi is an attorney, specializing in litigation. She lives is in Connecticut but was born and raised in Iceland. She, like most Icelanders, traces her lineage to 9th century Iceland and is forever fascinated by the history of her people.