Lancashire, England, was a rampant hot zone for witchcraft in the early 17th century. Pendle Hill took its name from Cumbric and Old English to form the 13th-century village of Penhul. In 1612, the town became the focus of religious zealots and paranoia when twenty people faced accusations for witchcraft during the Lancashire witch trials. 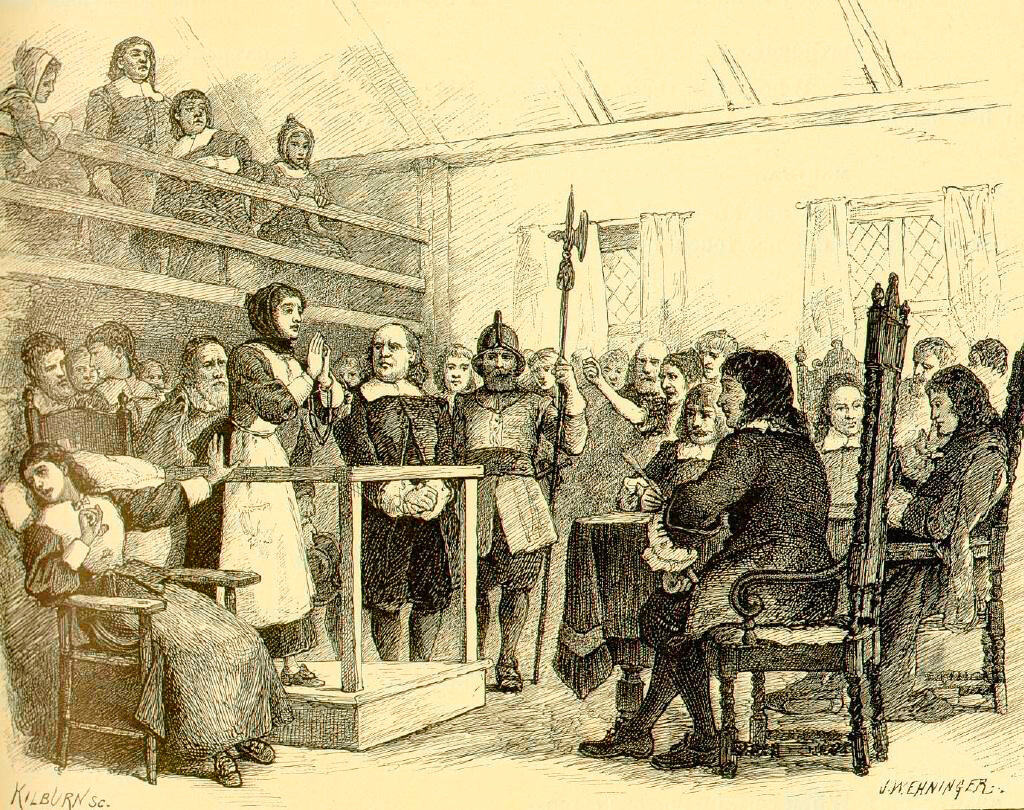 The local authorities that were suspecting people of witchcraft were likely spreading propaganda even when they knew there was no witchcraft there. If the events of 1612 were to take place today, the modern idiom of ‘trial by media’ would apply. During this time, Pendle Hill was a volatile area in England full of subversives. Therefore, it seemed that authorities accused people of witchcraft more easily in Lancashire than in many other parts of the country.

Late in the year, Lancaster Assizes submitted twenty names for trial for the crimes of witchcraft. The majority of the suspects were women, but there were a few men named in the indictment as well. Those included:

At the time of the trials, Demdike was an octogenarian who lived in the vast Pendle Forest. Residents claimed she had been a practicing witch for about five decades, but nobody was ever sure what things she had been up to in all of that time.

One thing they assumed was that she brought up her children and grandchildren according to her witch-like ways. Purportedly an agent of the Devil, Demdike was reputedly able to give any man anything that he would ever want or need for a price. According to reports of the time, no-one was safe.

Demdike’s ‘Pact With the Devil’

Demdike faced accusations of selling her daughter to the Devil and her subsequent grandchildren as well. Witch hunters of the day used terrible methods of torture to force confessions. During this process, Demdike revealed how she became an initiate to witchcraft.

She stated that twenty years before her arrest, she was on her way home when ‘a devil in the form of a boy’ stopped her and asked for her immortal soul. In exchange, she would receive anything that she desired. As the story goes, the boy had a strange outfit on, as one half of his coat was black while the other was brown.

When she asked the boy for his name, he replied, “Tib.” According to Device’s account, she gave up her soul then and there. For several years, nothing came from her pact. That changed when a man called Richard Baldwin allegedly slandered her beliefs. He paid the penalty for his spur of the moment outburst when Tib made an appearance and dealt with the man. What happened to him was not in the records.

Who Was Anne Whittle?

People described Anne Whittle in much the same way as her co-defendant, Demdike. Whittle was of a similar age, almost certainly the same generation. However, Whittle differed in that she was blind. The two women despised one another. They resided in the same forest. However, Whittle was more of a troublemaker than a terrible threat to anyone. Nonetheless, she still appeared to be a criminal and possibly a dangerous one.

Authorities alleged that all of the witches and warlocks were working in cooperation with each other. Supposedly, regular meetings would take place at the home of Demdike, Malkin Tower. The local Justice of the Peace officials, Roger Nowell and Nicholas Bannister, had officials arrest the group when they discovered the meetings and sent them to Lancaster Castle. Not long after the incarceration, talk of a rescue attempt surfaced. The break-out would involve the murder of the governor, Mr. McCovell, and blowing up the building itself. All of this was to take place on Good Friday.

Supposedly, all these crimes came forth in the form of a confession, but the legal system of the time did tend to turn a blind eye to methods. The ends did justify the means to a large extent. The elderly Demdike died in custody before ever going to trial.

When Elizabeth Device stood trial, one of the key witnesses was her 9-year-old daughter, Jennet. The young girl weaved a story so tantalizing that she drew acclaim from the court. One of the main attributes of witchcraft was the use of a familiar, usually a demon-possed dog or black cat that helps a witch.

The Malleus Maleficarum witch-hunter’s handbook led to many thousands of executions.

On the witness stand, Jennet testified:

“My mother is a witch and that I know to be true. I have seen her spirit in the likeness of a brown dog, which she called Ball. The dog did ask what she would have him do, and she answered that she would have him help her to kill” (BBC).” According to Jennet, Ball caused the deaths of John and James Robinson, as well as James Mitton.

She also said that her mother had held meetings with witches at their house, and she stated that her brother was a witch as well. During the two days of Jennet’s testimony, the jury took everything she had said as truth. As a result, most of her family and neighbors, 10 in total, hanged at Gallows Hill.

Results of the Trial

The jury found half of the suspects guilty and acquitted eight. This caused an uproar, as they should have received similar verdicts. The evidence in the trials never favored one suspect over another, and there was no significant difference from one suspect to another. The evidence put forward, by modern standards, was flimsy and weak at best. Therefore, how did they convict some and not the others?

Lancaster Castle, where the Samlesbury witches were tried in the summer of 1612. Image: Tom Oates, CC BY-SA 3.0

The Pendle witch trials were just one example of many inquisitions into witchcraft. Such investigations were all too rampant during the middle ages. Another famous case happened not too far from Pendle in a village called Salmesbury. The proceedings occurred in the very same location, with the same judge presiding over events.

The individuals charged with bewitching local teenager Grace Sowerbutts were Jane and Ellen Bierley and Jane Southworth. All the evidence came directly from Sowerbutts herself. In her story, the three women – one of which was Sowerbutts’ own grandmother – drew her by the hair and removed senses and memories from her. Sowerbutts swore that the women took on the appearance of a black dog and tried to get her to join their coven.

However, Sowerbutts had a reputation as a promiscuous woman. Thus, her additional charges of killing a child by thrusting a nail into the infant’s navel, cannibalism, and boiling the bones of the child into an ointment failed to gain a conviction.

The judge and jury suspected that a local priest named Thompson had collaborated with Sowerbutts. They believed that he might have persuaded her to accuse the three of witchcraft. This was never proven beyond all reasonable doubt, though.

What Happened to Jennet Device?

Young Jennet’s testimony set important precedence. Lawmakers were so impressed with Jennet’s credibility and the outcome of the trial. Thus, they changed the laws (children were generally seen as non-credible) to allow children to testify against witches everywhere. During the Salem witch trials of 1692, most of the witnesses were children. As a result, nineteen people hanged.

Twenty years passed since the Lancashire witch trials. In an ironic twist, Jennet Device faced accusations of witchcraft herself. However, times had changed in England. Although the jury found her guilty, the Privy Counsel demanded more evidence, and the courts set her free.

Today, we see the Lancashire witch trials as a power struggle between religious sects intent on eliminating what they saw as heresy. Both the Catholic and Protestant Church of that time were willing and able to bring the other into disrepute. Some historians describe the Salmesbury witch trial as an anti-catholic propaganda show. Did authorities stage the event purely to demonstrate that Lancashire not only had a witchcraft issue but a Catholic one as well?

The Codex Gigas Devil’s Bible: A Weird and...