PBS, National Geographic and Popular Archaeology are presenting programs concerning this important time in Egyptian history as it relates to 21st dynasty Pharaoh by the name of Psusennes I. But what do we know about the man, the time in which he lived and his relationship to the history of Egypt in 1047 BC? 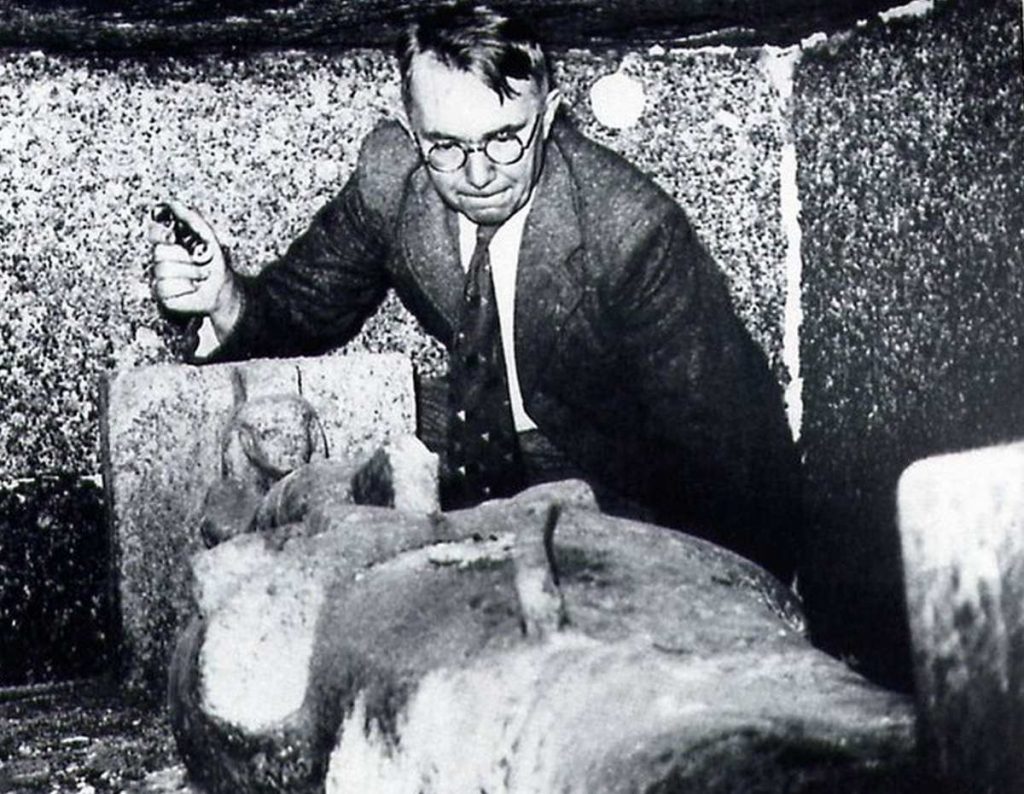 Like Tutankhamen, his tomb discovery brought him to the forefront of Egyptian history. Otherwise, both would have been relegated to the footnotes of the recorded past.

Thanks to the effort of the French Egyptologist Pierre Montet and his team working in the Nile Delta in the years immediately prior to the beginning of the Second World War, their results yielded a discovery far in excess of anything that one could dream of. They were working in the Nile Delta in an ancient area known as Tanis. This was an area only moderately explored over the centuries by Egyptologists. 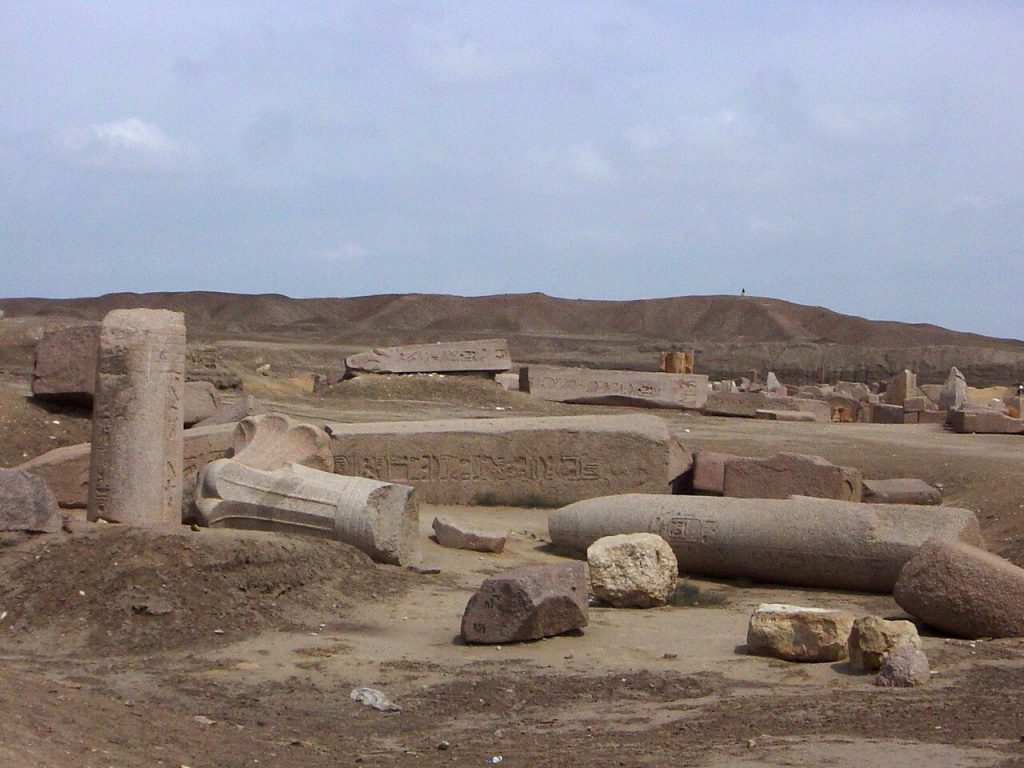 I once ask Professor Walter Emery why this was the case and he gave me a one-word reply, “snakes”. Excavating in the desert areas is relatively easy whereas the Delta region has many difficulties.

Egyptologists have had the names of some 70 rulers still to be located and Psusennes I was one of them. This Third Intermediate Period which followed the Ramesses pharaohs consisted of periods of turbulence resulting in social, economic and political decline. The country was divided into northern and southern regions. There was a unity of sorts, but no one rested easy. This was essentially the world into which Psusennes I was born. 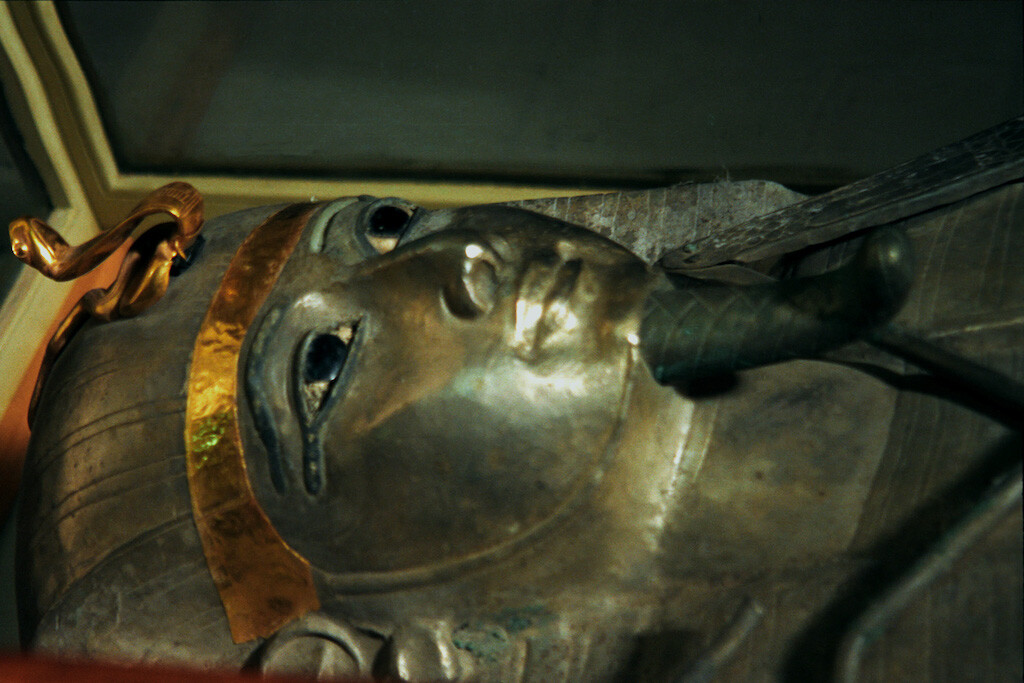 There had been no strong Pharaoh in Egypt since Ramesses III. Although others had attempted to do it, Psusennes I wanted to emulate Ramesses II. So much so that he affixed the name of Ramesses II to that of his own as was noted in some of his cartouches. When the city of Pi-Ramesses began to suffer from the major change in the flow of the Nile leaving the area without access to water, Psusennes I moved it to a new location.

To do this would have required monumental effort and gives us very helpful information regarding just what type of person he was. Contemporary researchers have been able to provide us with his picture and a physical description. One can see at once that he was the type of person with stamina and apparent determination.

There are two things about Psusennes I that are of great interest. He ruled his part of Egypt longer than any other king in the entirety of Egyptian history. Secondly, his tomb was completely intact not having been entered in antiquity. There were tombs immediately adjacent to his tomb complex, but the ancient robbers stopped their digging just prior to his tomb. Apparently, it must have been believed that they had gone far enough, as it were.

Little Publicity Due To Other World Events

From the standpoint of 20th-century chronology, at the time the tomb was discovered, the entire world had far more important things on its mind. Germany had advanced into Poland and Montet and his group returned to France. The was little if any interest regarding Egypt saves that of its role in the desert war.

It was not until the present time that Egyptologists began to return to Tanis and the Nile Delta. Modern science and technology as well as personal interest on the part of Egyptologists who knew about the work of the French and decided to reopen the area for further study and exploration.

Psusennes I ruled from approximately 1047 to 1001 BCE. This is not exact, but the fact remains that he was the longest-reigning Pharaoh during the entirety of Egyptian history. There had been no strong Pharaoh in Egypt since Ramesses III. 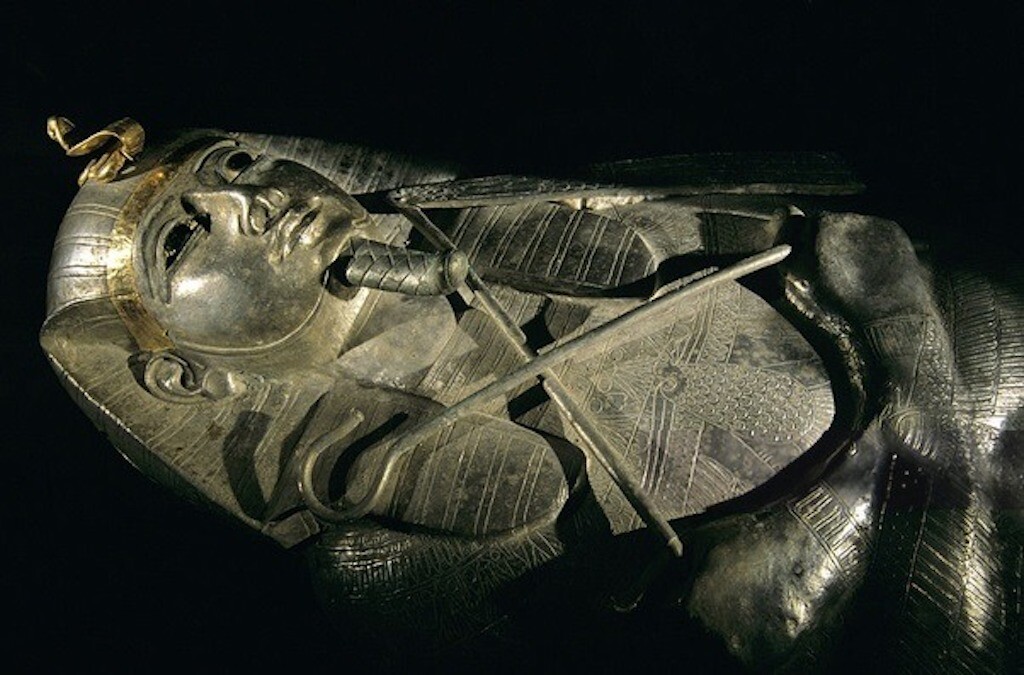 The coffin depicts Psusennes I holding the flail and the scepter. Image: Egypt Museum.

Contemporary researchers have been able to substantiate the initial 1940 medical studies to indicate that he had badly abscessed teeth. He also suffered back problems which would have caused him pain and distress for his later years. In the face of this, he persevered.

Egypt Prior to Psusennes I

The stability of Egypt continued on after the death of Ramesses The Great. In 1187, Ramesses III, son of Setnakhte, became Pharaoh. He inherited a land with stability. prosperity and a continuation of the international reputation that had been established by his predecessors.

There soon came into being a strange set of events that would seriously affect the future of Egypt. A group of conquerors who came to be known as the “Sea People” began to attack and conquer the entire Eastern Mediterranean area. They began to direct their attention toward Egypt both by land and sea. Ramesses III had no choice but to put forth major efforts to mount a defense. He found himself much like Great Britain at the end of World War II, having defeated the enemy but left with major socio-economic problems in doing so.

This was the beginning of the end for Egypt as it had been known for over three thousand years. At the end of his 31-year reign, Egypt was much worse off than it was when he came to power. There was social unrest, economic chaos. and a decline in stability. It seemed that all the king’s horses and all the king’s men could not put it back together again.

With each succeeding Pharaoh from Ramesses IV through Ramesses XI, things continued to deteriorate. Political strife divided Egypt into two nations, the north, and the south.

With the advent of the beginning of the 21st dynasty, there came to power our man who would later be discovered in the silver casket. He was very much unlike his immediate predecessors. For some 46 years he was able to rule with skill and control. Although he was a man of ability, imagination, and great expectations the likes of which Egypt had not seen in hundreds of years. his death brought the final chapter to the true Egyptian nation known since pre-dynastic times.

The 22nd dynasty which followed was made up of Nubians with power and the ability to control, but not rule in the traditional sense.

They were not Egyptians. They were ultimately conquered by the Persians, followed by the Greeks and the Romans.

Recent knowledge substantiates the fact that